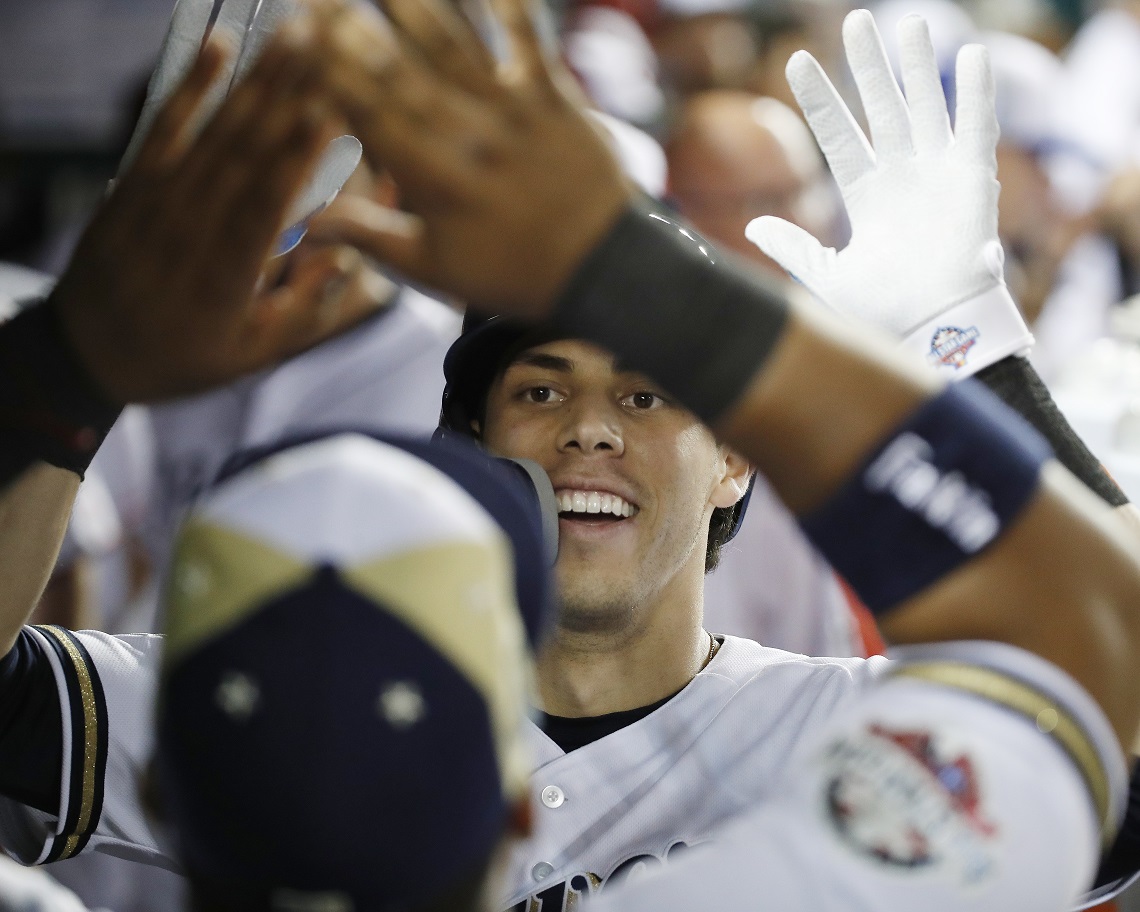 PHOENIX (AP) — Christian Yelich took to Milwaukee so much he staked his long-term future to the Brewers.

“I’ve said many times that I’ve only been here for two years, but it feels like it’s been a lot longer,” the two-time NL batting champion said Wednesday after finalizing a $215 million, nine-year contract. “Ever since I came, it’s felt like just a natural fit, a place that is great for myself and my family, and formed a connection with the community, my teammates, everyone from ownership and front office on down.”

His new deal added $187.25 million over seven seasons to the remaining $27.75 million Yelich was guaranteed as part of the $49.57 million, seven-year contract he signed in March 2015 with Miami.

Yelich was dealt to the Brewers in January 2018, and he won the NL batting title and MVP award as the Brewers reached Game 7 of the NL Championship Series. He added another batting championship and finished second in the MVP vote last year, when his season was cut short by a broken kneecap on Sept. 10. The Brewers reached the playoffs in consecutive seasons for the first time since 1981-82 but lost the NL wild-card game after wasting an eighth-inning lead against Washington.

“Knowing that Christian is going to be here now for the better part of the next decade certainly allows us to map out how we’re going to remain competitive for that time period,” Brewers general manager David Stearns said, “and that was a priority of Christian’s, that we have the ability to remain competitive during his term as a Brewer.”

If Yelich keeps playing at this level and had he waited until becoming a free agent after the 2022 season, he likely would have commanded far more.

“What everybody sees on the field is an MVP, but we have that same MVP when it comes to the leadership Christian brings, the kind of teammate he is and the selfless things he does in the community, many of which aren’t visible because he really doesn’t look for attention,” Brewers owner Mark Attanasio said.

Yelich’s contract includes the largest guarantee given by the Brewers, topping the $145.5 million for Braun from 2011-20.

Attanasio said talks with Yelich began over lunch last Halloween. Yelich did not discuss an opt-out provision and was not thinking about the potential of free agency.

“I don’t have any regrets about it. It’s just one of those things in the path my career took,” Yelich said.

Yelich acknowledged Braun, who stood nearby, for talking with him through the process of committing to the Brewers. His eyes welled up with tears when he spoke about the people who helped him.

Yelich was in the lineup as the designated hitter in his spring training game debut Friday against San Francisco. He got a standing ovation when he walked up to home plate for his first plate appearance in the first inning.

“It’s been a while. I’m anxious to start getting out there and just get back to playing baseball again with my teammates and preparing for the season,” Yelich said.