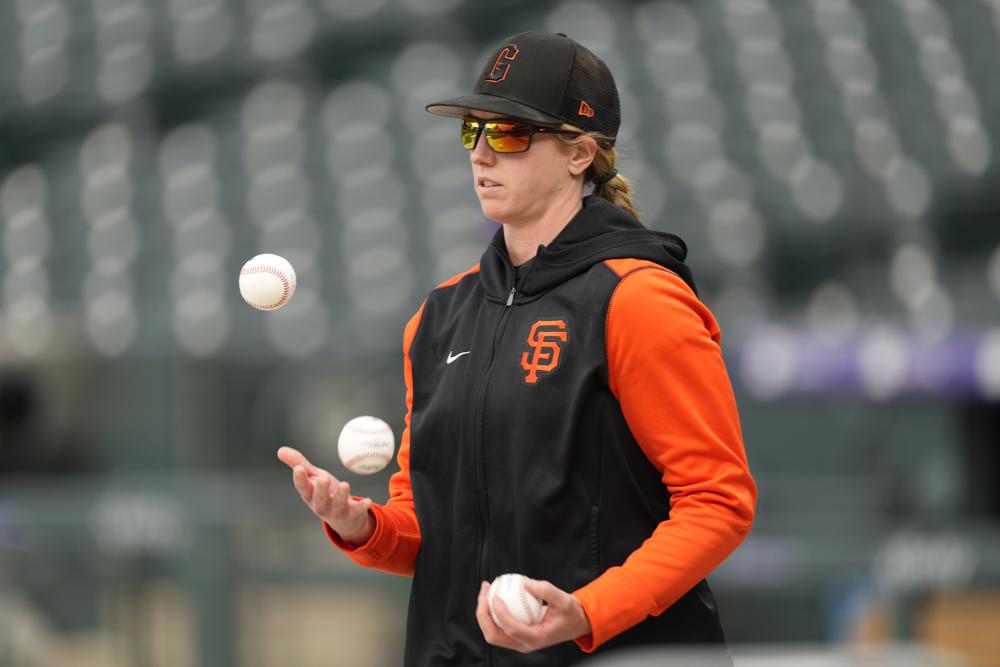 NEW YORK (AP) — Major League Baseball told its clubs that some are failing to provide acceptable work accommodations for female employees, calling them “embarrassingly below” standard.

The May 20 memorandum from Michael Hill, the MLB senior vice president for on-field operations, asks teams to provide documentation by June 3 of the facilities for home and visiting female coaches and staff. Hill told teams to comply with MLB regulations “as soon as possible.”

The memo was first reported by ESPN and was obtained by The Associated Press.

Kim Ng became the first woman general manager ahead of the 2021 season when she was hired by the Miami Marlins. Several other women are part of high-level baseball operations staff and use areas in and around clubhouses.

“We have required that each club provide both home and visiting female staff that requires access to a locker room with a clean space that: (i) is in close proximity to the respective home or visiting clubhouse; (ii) is private; and (iii) includes appropriate restroom and shower facilities,” Hill wrote. “Over the first six weeks of the season, it has become clear that a number of clubs are not in compliance with these requirements, particularly with respect to hosting women on visiting teams.

“It is unacceptable that women who are traveling as part of the visiting team are not afforded accommodations that permit them to do their jobs at the same level as their male colleagues and counterparts. Many clubs’ female facilities fall embarrassingly below the high standards befitting a member of a visiting traveling party of a major league organization. They also create an untenable working environment for women, some of whom are now choosing to not travel to certain cities with their club on the road,” he wrote.

“Clubs that do not provide appropriate workplace accommodations for personnel regardless of gender violate MLB regulations, directly deprive women of equal access to participate in our great game, and discourage qualified women from participating in baseball roles traditionally held by men,” he said.

“We understand that space constraints in some ballparks may limit clubs’ ability to adhere to these requirements,” Hill wrote. “However, we expect all clubs to make the necessary sacrifices in order to provide satisfactory facilities to female staff.”