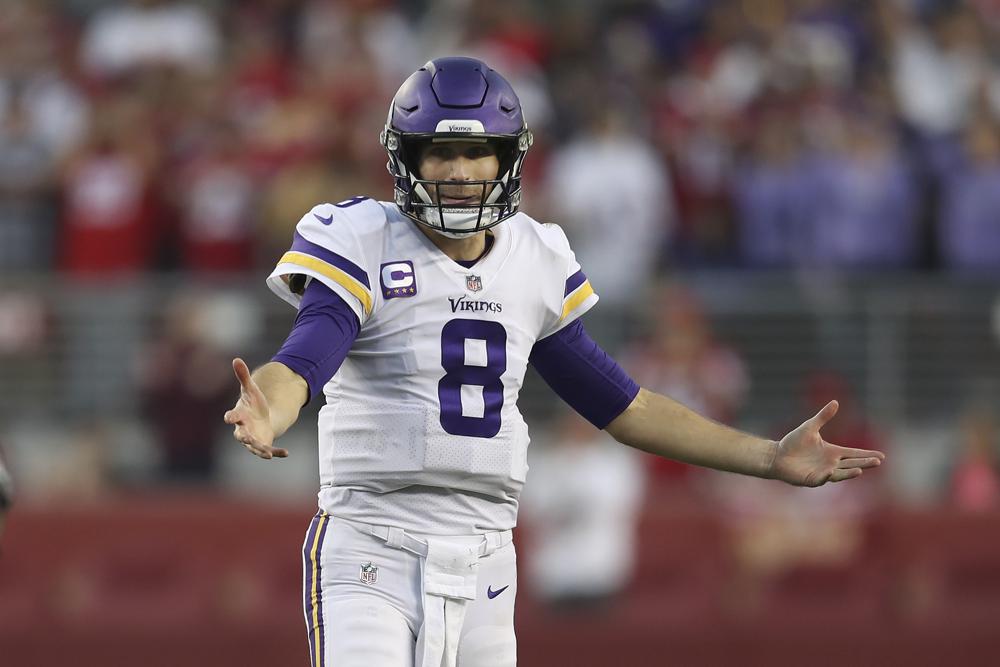 SANTA CLARA, Calif. (AP) — On the biggest play of the game, the Minnesota Vikings had no idea where to go.

The confusion led to a wasted timeout and then a missed fourth down that played a key role in a 34-26 loss to the San Francisco 49ers on Sunday that prevented the Vikings from climbing over .500 for the first time since 2019.

“We’re so close,” quarterback Kirk Cousins said. “We just have to get those in the red zone there and come away with touchdowns. We’re right there, we just didn’t make enough plays.”

The sequence started after the Vikings (5-6) had a first-and-goal at the 6 early in the fourth quarter trailing 34-26.

Two runs by Alexander Mattison got the ball to the 3, and then Cousins threw an incompletion on third down.

That’s when the confusion set in as Justin Jefferson lined up out wide on the right side, only to have Cousins run out to get him to flip to the other side. Cousins then rushed back but lined up under right guard instead of center leading to the wasted timeout.

When the game resumed, Cousins then missed Jefferson in the back of the end zone for a potential tying score.

The Vikings got one last shot after Robbie Gould missed a 42-yard field goal with 1:56 to play, but Cousins threw back-to-back incompletions after getting to third-and-8 from the 38 to end the game.

The last one went to Jefferson, who had only four catches on nine targets.

“I feel like I gave myself an opportunity to get the ball,” Jefferson said. “We just have to connect and make the first down.”

It was that kind of day for the Vikings, who battled back after allowing three TDs in a span of just over five minutes spanning halftime only to fall short at the end.

While the missed connection between Cousins and Jefferson was the most memorable moment, there were plenty of other errors for the Vikings, who allowed 208 yards rushing and committed two turnovers deep in their own territory that led to 10 points for San Francisco.

The most significant of those came when Dalvin Cook lost a fumble and then went down on the play with a shoulder injury. Cook was taken off the field on a cart and will have an MRI on Monday to determine the extent of the damage.

Cook gained 103 yards from scrimmage in the game and ranks eighth in the NFL with 108.3 per game on the season, so the Vikings can ill afford to lose him for a significant time if the injury is serious.

“You just hate to see him go down and be in the pain that he was in,” Cousins said. “It’s tough to see a teammate like Dalvin, someone who is such a key piece of our team and our offense.”