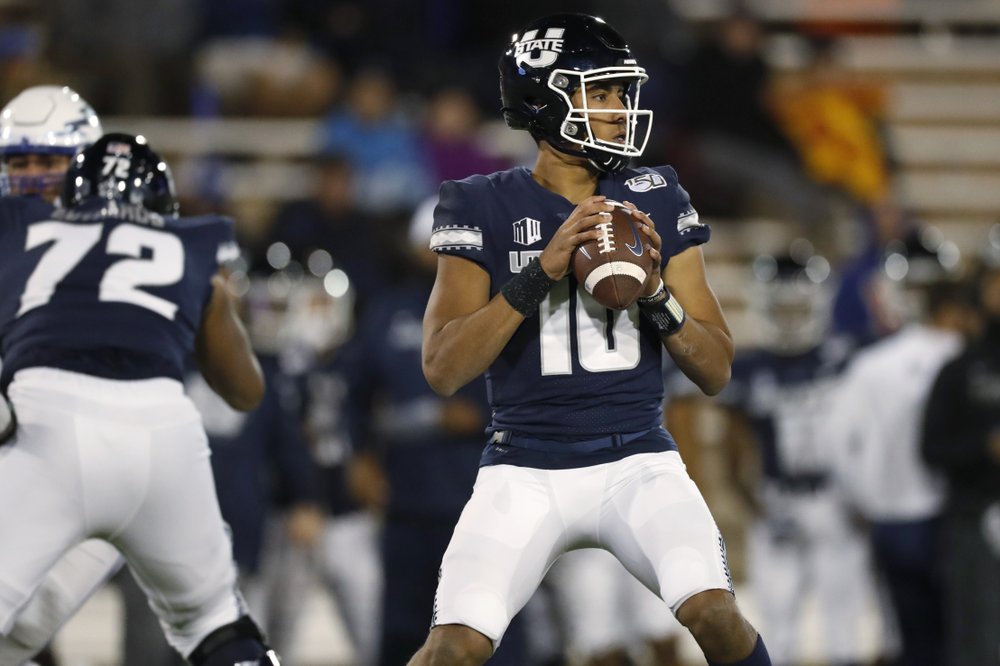 The Minnesota Vikings were forced by a salary-cap crunch this spring into a soft remodel, with many more exits than enhancements to the lineup.

They ramped up the project over the weekend.

While NFL draft picks never come with warranties, particularly in a year like this with an abbreviated-at-best training period, Minnesota’s record 15-player class was assembled with the potential for immediate impact at several positions of need.

Whenever the virus-related restrictions are lifted and the Vikings are able to reconvene, they’ll still be in contend-now mode with wide receiver Justin Jefferson and cornerback Jeff Gladney sure bets for significant playing time.

For the rest of the NFC North competition, a draft bump was far less clear.

Only the games will reveal whether the Vikings filled enough voids to overtake Green Bay, the reigning division champion and NFC runner-up. But the tack the Packers took raised more questions than expectations. The Bears had a thin list of picks to begin with. The Lions, once again, have a long way to go to catch up.

Vikings general manager Rick Spielman has long made a habit of stockpiling draft picks, as if grocery shopping before a quarantine. He topped himself this year with 15 selections, the most in the NFL since the draft was trimmed to seven rounds in 1994.

Thanks in part to the trade that sent restless wide receiver Stefon Diggs to Buffalo, the Vikings had an extra first-round pick. They used it on Jefferson, the speedster who led the FBS with 111 receptions for national-champion LSU. Nine slots later, they grabbed the feisty Gladney from TCU to fill one of three cornerback spots that opened from the most common lineup last year. Growing pains await at this critical position for coach Mike Zimmer, but Mike Hughes and Gladney will give them two first-rounders from the last three drafts to lean on.

With Boise State tackle Ezra Cleveland (second round), Mississippi State cornerback Cameron Dantzler (third round) and Baylor defensive tackle James Lynch (fourth round), the Vikings have prospects with potential to contribute as rookies to unsettled position groups. Miami wide receiver K.J. Osborn (fifth round) will also get a long look returning kickoffs and punts. That’s the kind of haul a team can find with seven of the top 150 picks. The Lions had five, the Packers three, the Bears had two.

LOVE IN THE TIME OF COVID

For the first time in nine drafts, the Packers used their first-rounder on an offensive player. Good news for Aaron Rodgers, right? Not so much. GM Brian Gutekunst gave up a fourth-rounder to move up four spots for Utah State quarterback Jordan Love.

No team has made a succession plan work better than the Packers, who’ve benefited from Hall of Fame-caliber quarterbacking for 28 seasons with Rodgers following Brett Favre.

Rodgers, 36, is older now than Favre was at the time Rodgers was drafted in 2005. He has not hinted at fading away. He could use more skill-position help around him beyond star wide receiver Davante Adams and versatile running back Aaron Jones.

Yet, in receivers-deep draft, the Packers landed zero of the 35 selected. Their second-round selection of Boston College running back A.J. Dillon was almost as curious for the sake of contending in 2020, considering Jones is 25 and led the NFL with 19 total touchdowns.

The Bears sent their first-rounder to Oakland in the 2018 trade for outside linebacker Khalil Mack, forcing them to wait until 42 players were off the board. Like the Packers, their initial choice triggered some head-scratching: Notre Dame tight end Cole Kmet. Coach Matt Nagy’s creative scheme favors multiple tight end formations, and Kmet comes with an enviable skill set. The Bears were ravaged by injuries at that position last year, too.

Still, GM Ryan Pace didn’t address the offensive line until the seventh round. They took only one wide receiver, Tulane’s Darnell Mooney in the fifth round. Whether Nick Foles or Mitch Trubisky takes the snaps this season, both of those positions need reinforcement. Utah cornerback Jaylon Johnson, Chicago’s other second-round selection, has had three shoulder surgeries, but if healthy figures to receive heavy playing time.

The return of a healthy quarterback Matthew Stafford ought to re-energize the offense, and Ohio State guard Jonah Jackson (third round) and Kentucky guard Logan Stenberg (fourth round) will be in the mix for the opening created by the departure of Graham Glasgow. For the fourth time in 10 years, the Lions used their second-round pick on a running back: Georgia’s D’Andre Swift. Kerryon Johnson was the 2018 result of that strategy by the Lions, who have had only one 1,000-yard rusher in the last 15 years.