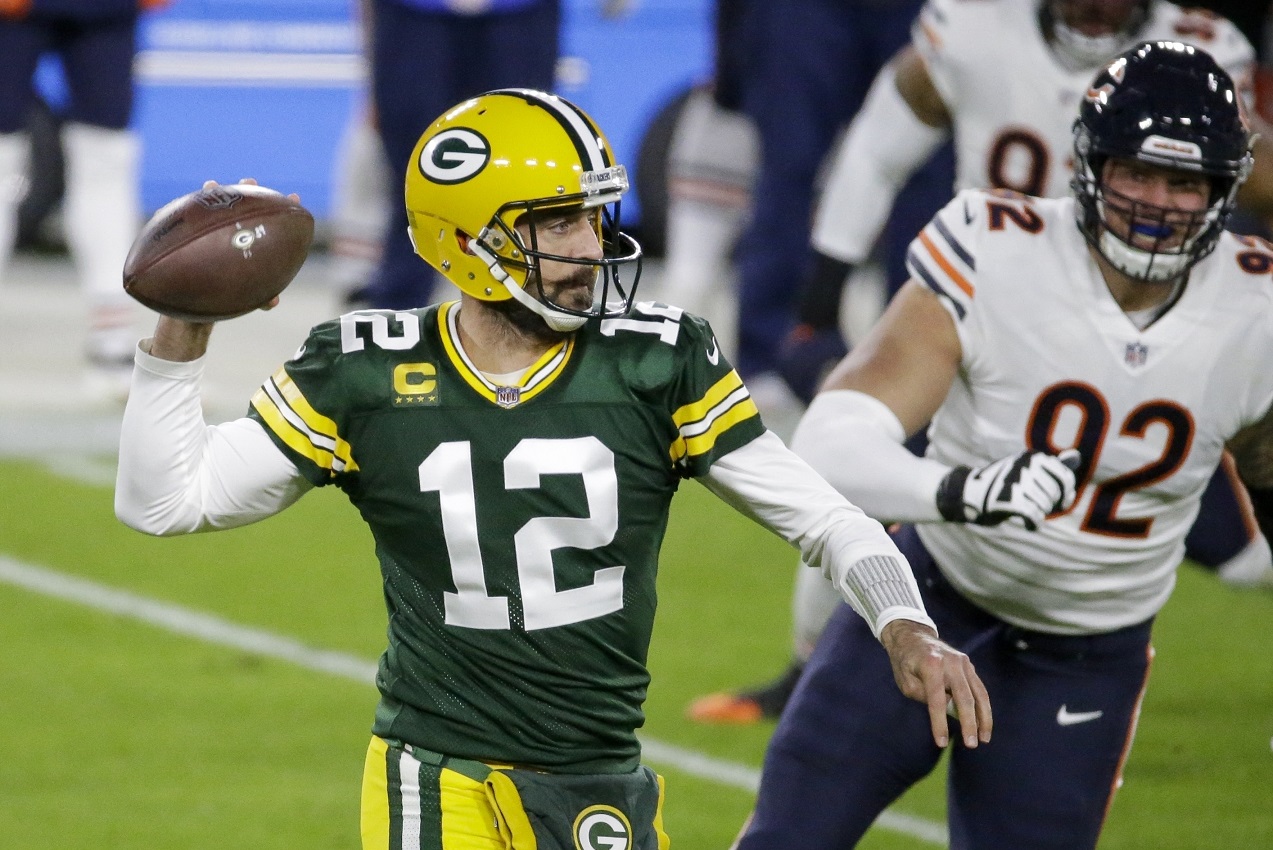 GREEN BAY, Wis. (AP) — Imagine if instead of playing quarterback for the Green Bay Packers in Sunday night’s game against San Francisco, Aaron Rodgers was starting for the 49ers.

Over two hours of pregame for Packers-Niners on Sunday Night Football begins at 5 p.m. on WKTY. Kickoff at 7:25 p.m. Tune in on 96.7 FM / 580 AM. Another two hours of postgame follows.

On the day before this year’s draft, with Rodgers not wanting to return to the team he had led to back-to-back NFC championship game appearances, 49ers coach Kyle Shanahan inquired about the availability of Rodgers in a trade.

The Packers, who had used their first-round pick on quarterback Jordan Love a year earlier, quickly said no, and the 49ers pivoted to selecting Trey Lance with the No. 3 overall selection.

Instead, he’s in his 14th season as Green Bay’s starting quarterback.

Asked Wednesday if he thought or hoped the 49ers would have traded for him, Rodgers laughed and said, “There were points where I thought anything was possible, definitely, but not a strong possibility.”

Shanahan and Packers coach Matt LaFleur have been friends dating to their time together on the staffs in Houston from 2008-09, Washington in 2010-13 and Atlanta in 2015-16. LaFleur said the conversation he had with Shanahan about the three-time MVP quarterback’s availability hasn’t strained their relationship.

“Kyle’s a great friend of mine,” LaFleur said. “Absolutely, I hold no ill will towards him. He’s trying to do whatever he thinks he needs to do for his football team. He’s got a responsibility to everybody in that organization and if there’s an opportunity, I don’t hold that against him. That will have no effect on our relationship.”

So, instead of a battle between Love and Rodgers, it will be Rodgers vs. Garoppolo in a prime-time game between NFC heavyweights. With Rodgers throwing four touchdown passes, Green Bay bounced back from a Week 1 loss against New Orleans by beating Detroit on Monday night. With Garoppolo ranking ninth in passer rating, the 49ers are 2-0 and looking like the powerhouse they were when they got to the Super Bowl a couple years ago.

In 2019, the 49ers beat the Packers 37-8 in the regular season and 37-20 in the NFC championship game. Their defense made life miserable for Rodgers, who combined for as many turnovers (three) as touchdown passes in those games. While some of the names have changed, the challenge remains the same for Rodgers.

“I see a lot of studs,” Rodgers said. “Having (Nick) Bosa back obviously helps. He’s a game changer. Looks like he’s moving well. He’s been involved in a lot of plays on defense, as he was a couple years ago. (Arik) Armstead is a long, stout defender who can play inside and outside for them. He’s a stud. They’ve got a really good front.”

Protecting Rodgers against that front will be key, and that means the health of left tackle Elgton Jenkins will be worth watching this week. With 2020 All-Pro left tackle David Bakhtiari on the physically unable to perform list following last season’s torn anterior cruciate ligament, Jenkins has played well as Rodgers’ blind-side protector but injured his ankle in the Lions game. While Jenkins played all 65 offensive snaps Monday, he did not practice Wednesday.

“If he can go out there and feel confident playing on it, then we’ll let him go,” LaFleur said.

NOTES: Jenkins was the only player not to practice. … TE Josiah Deguara, who missed last week with a concussion, was back at practice. … WR Davante Adams, who led the NFL with 18 receiving touchdowns last season, has been kept out of the end zone in both games. He hasn’t gone three consecutive games without scoring since midway through the 2019 season. “They’re cheating. It’s been a lot of doubles. I don’t think I’ve gotten a single in the red zone yet,” he said. … LaFleur’s brother, Mike, was the 49ers’ passing game coordinator the past four seasons before taking over as Jets offensive coordinator this season. However, his wife’s first cousin is 49ers head of strength and conditioning Dustin Perry. “It’s never necessarily fun playing against your friends, but it’s part of the business,” LaFleur said.