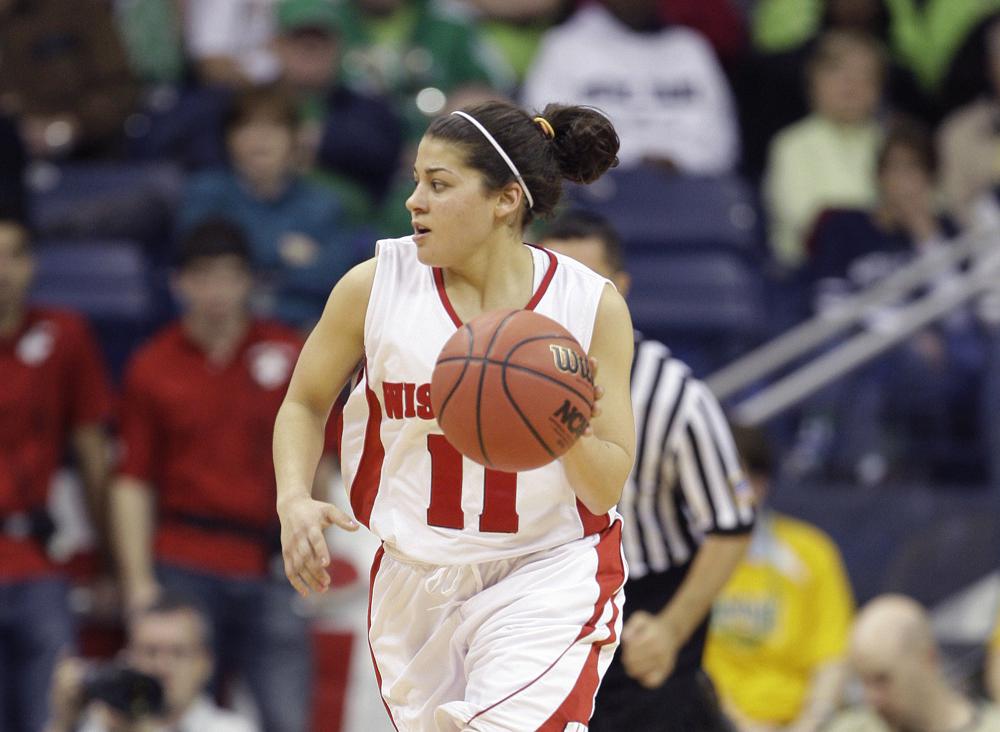 “Rae Rae” — only her mom calls her Rae Lin — is the 5-foot-3 point guard of the Italian 3-on-3 basketball team fully capable of surprising the favorites at the Tokyo Olympics.

The 33-year-old D’Alie is a bonafide star in the 3×3 world, earning MVP honors at the 2018 World Cup when Italy won gold by defeating the United States, China and Russia. Her late jumper against Hungary last month clinched Italy’s ticket to Tokyo.

“I happen to be a dreamer so my mind is continuously thinking about what could be,” said D’Alie, pronounced “Duh-LEE-Ah.”

It becomes a reality for the Wisconsin native on Saturday when Italy opens its Olympic campaign against Mongolia. A few hours later they face heavyweight France before taking on other medal contenders like China, Japan, the United States and the Russian team in the following days.

The half-court 3×3 is an Olympic sport for the first time. Games are 10 minutes or first to 21, with scoring in ones and twos.

“I’m grateful to the Italian people because they’ve really embraced me, and my accent they get a kick out of. I’m not perfect grammatically. They like how I do the interviews,” D’Alie told The Associated Press a few days before departing Rome for Tokyo.

She had moved to Italy after being a four-year starter at Wisconsin from 2006-10 and gained citizenship. By chance, she discovered that her great-great-grandfather was from Salerno — where she had moved to — but she and her five siblings were well aware of their Italian roots while growing up about 30 miles southwest of Milwaukee.

“We were the loud Italian family that was always together, eating pasta on Thursdays at grandma’s house, inviting the whole neighborhood over. Lots of sports, lots of energy,” she said.

That energy is key in the fast-paced chaos of 3×3.

“I always joke that in the basketball family we’re kind of like the fun little sister that’s growing up and kind of wild, a little bit crazy but really fun to be around,” D’Alie said. “Hopefully everybody will get a chance to experience that.”

The anthem came about after D’Alie began writing songs to inspire her 5-on-5 teammates; she splits her time between traditional basketball and 3×3. Two years ago during the 3×3 World Cup in Amsterdam — held outside in the Museumplein — she started writing lyrics. She pitched it to FIBA and they were off to the studio.

“I was really inspired by Amsterdam. There’s the museums, the court, we were in the downtown. It’s such a creative space,” she said. “I’m a believer in God, so I was just praying. I really believed that one day it was going to be the anthem.”

The United States team that Italy beat 17-14 in 2018 was a University of Oregon squad that contained future WNBA players Sabrina Ionescu and Ruthy Hebard. Ionescu was the No. 1 draft pick in 2020.

For Tokyo, the US has sent a squad of four WNBA players, including former top draft picks Kelsey Plum (2017) and Jackie Young (2019). Italy plays the Americans on Monday. The eight-team tournament concludes with the gold medal game Wednesday.

TOP PHOTO: FILE – In this Sunday, March 21, 2010 file photo, Wisconsin’s Rae Lin D’Alie in the second half of an NCAA first-round college basketball game in South Bend, Ind. Rae Lin D’Alie was born and raised in Wisconsin but is the star of Italy’s 3-on-3 basketball team at the Tokyo Olympics. “Rae Rae” as she is known usually is the shortest player on the court at 5-foot-3 but is Italy’s spark plug and court general. (AP Photo/Michael Conroy, File)