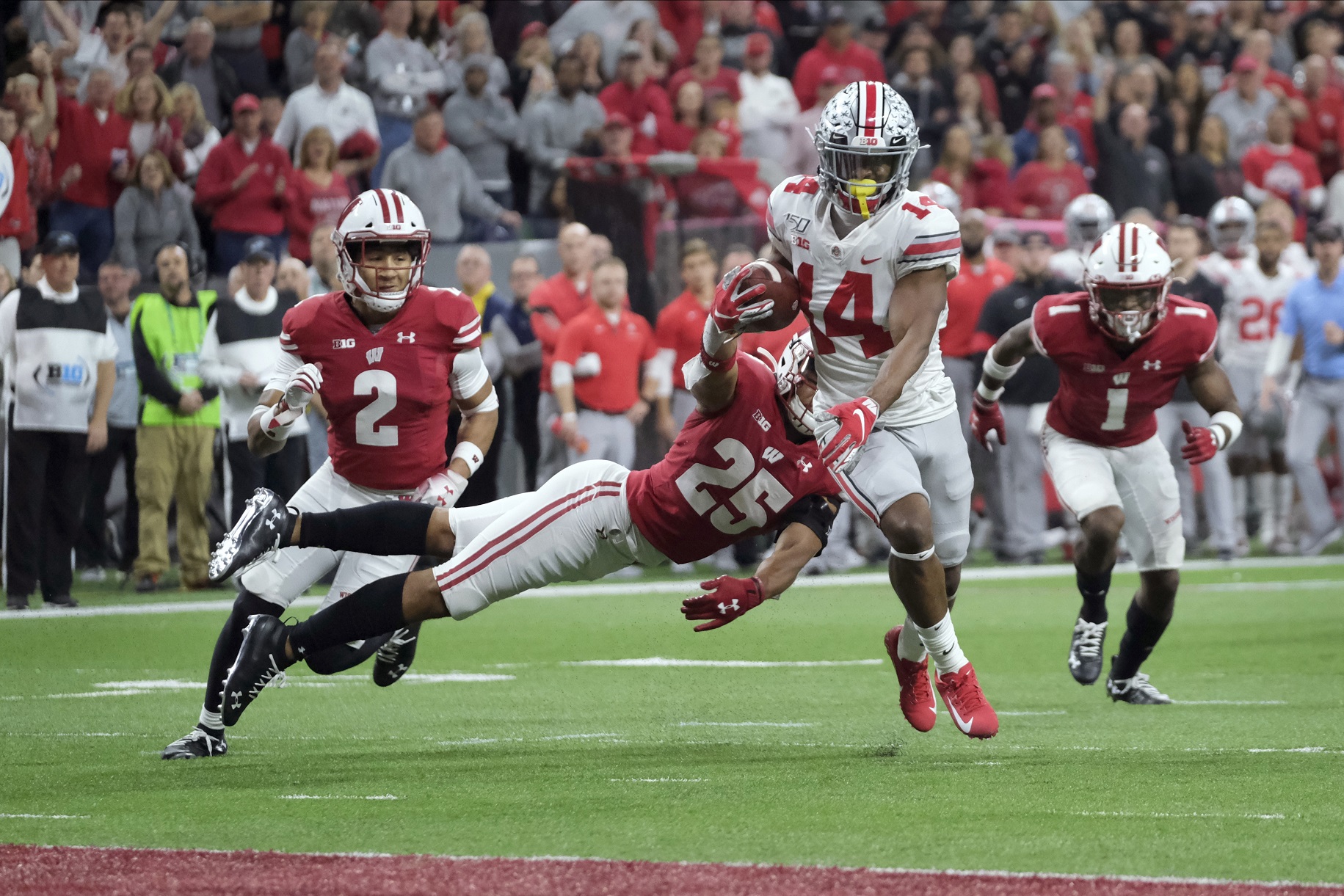 There was no way this was going to turn out anything but odd, and it’s not going to get easier going forward.

The college football season will not have all 10 FBS conferences playing until the first week of November.

In the Associated Press college football poll, however, all Division I teams that plan to play in the fall are now eligible to be included — no matter when they play or how many games.

That led to one strange poll Sunday as six teams, including No. 6 Ohio State and No. 10 Penn State, moved into the rankings without playing and with no games scheduled until late October. Clemson is still No. 1 and Alabama No. 2. Florida moved up to No. 3.

Eleven voters took a wait-and-see approach with the Big Ten, Pac-12 and others.

“I went back and forth in what to do with those teams but ultimately decided to leave them out until they begin play,” said Ryan Aber from The Oklahoman. “With games being canceled each week and the no-wiggle-room schedules in those conferences, I want to see them play before I put them in the poll. Would’ve made things much easier to rank in the next few weeks in a lot of ways since those teams can’t lose, but felt this was the best way to handle it.”

Other felt it was only fair since Southeastern Conference teams were permitted to stay in the rankings for the two Top 25s released before the league kicked off Saturday.

“I felt it was important to be consistent,” said Davis Potter of the Casper Star-Tribune. “Simply put, I voted for what I believe are the nation’s 25 best teams as of today whether they’ve played a game or not.”

Usually, Reality Check critiques the voters’ final product each week, suggesting where they might have been a little off. Because that’s what polls are for!

That hasn’t been the case this early season. Reality Check is cutting the voters some slack this season. At least for now. We’re still keeping a keen eye on where teams are ranked and will call out the voters — politely — when necessary.

For example, Reality Check was disappointed to see voters bail on Louisiana-Lafayette in favor of Michigan at the bottom of the rankings.

Reality check: There is an upper-tier developing in the ACC (Miami, Notre Dame, North Carolina, Pitt) that could provide Clemson several tests before the playoff. The gap between the Tigers and the rest of the conference won’t be nearly as wide as it was last season — when it was enormous.

Reality check: The Tide had two receivers taken in the first round of the last NFL draft and still have the best duo in the country in Jaylen Waddle and DeVonta Smith

Next: vs. South Carolina

Reality check: No Florida team has ever had more yards of offense in an SEC game than the 624 the Gators had against Ole Miss. They did allow 613, though.

Reality check: Quarterback issues aside, the Bulldogs lost almost a whole offensive line to the NFL after last season. The replacements are mostly big-time recruits, but they might need a little time to get it together.

Reality check: The Irish will have two weeks off because of COVID-19 issues. Getting the Seminoles at home should help them knock off the rust — because that’s how bad things are for FSU.

Reality check: An argument can be made with just about every team not playing for a few weeks that a voter should want to see them in a game before committing. The Buckeyes are the exception. A voter can comfortably put them in the top-five.

Reality check: Tigers couldn’t get the running game going Kentucky and good luck finding it against UGA. But they’ll need to get better soon to have any chance to contend in the SEC West.

Reality check: Want to temper the enthusiasm for the Hurricanes’ newfound offensive prowess? Try this: Miami is “only” 14th in the nation in yards per play at 6.68, mostly because of an OK 7.6 yards per pass. If there is a looming problem, it’s probably downfield passing.

Reality check: Whether that comeback at Texas Tech is the great escape that launches Texas to a Big 12 title or a sign of another up-and-down season is TBD. Recent history suggests it is more likely to be the former.

Reality check: Seems unlikely the Nittany Lions will get star LB Micah Parson back from an opt out. It’s a huge loss, but Penn State still seems like the team most likely to push Ohio State in the Big Ten.

Reality check: The Knights committed 19 penalties, including eight false starts, against East Carolina. And still won by 23 points on the road.

Next: at Boston College, Oct. 3

Reality check: Interesting to see how the Tar Heels respond after two weeks without playing.

Reality check: Don’t want to make too much of a sluggish victory against Vanderbilt, but it did diminish hope that the Aggies are on the cusp of a breakthrough moment in Tuscaloosa.

Reality check: The voters might be overly enthusiastic about post-opt out Oregon. As of now the Ducks have lost three NFL-caliber defensive backs and maybe the best player in the country in OT Penei Sewell.

Reality check: What’s fun about the AAC is its two best teams are so different. Bearcats coach Luke Fickell is clearly from the Jim Tressel/Mark Dantonio tree, playing a methodical game and leaning on the defense. Meanwhile, UCF is going 100 MPH all the time under coach Josh Heupel.

Reality check: The Air Raid is going to improve RB Kylin Hill’s draft stock while also holding down the wear and tear. Hill had 15 touches (eight catches and seven rushes) for 192 yards from scrimmage.

Reality check: Slow start from All-America RB Chuba Hubbard (3.96 per carry) has been offset by LD Brown’s emergence. The senior is averaging 8.3 yards per pop.

Reality check: The Sooners last loss multiple Big 12 games in 2014. Reality Check is betting this is the season that streak is snapped.

Reality check: The Badgers are getting OT Jon Dietzen back after the former starter retired from football after last season because of injuries.

Reality check: QB Myles Brennan took seven sacks in a solid first start for the Tigers. Some of that might be a rebuilt offensive line, but he needs to get rid of the ball faster.

Reality check: The Vols’ own the second-longest winning streak in the country at seven games. (Notre Dame has won eight straight.) Has Tennessee turned the corner? The Vols have certainly turned a corner by coming up with ways to win close games against opponents with relatively comparable talent.

Reality check: How dominant have the Cougars been in beating their first two opponents by a combined 103-10? It’s all coming from the line scrimmage, with no help from turnovers and special teams. They have outgained the opposition by 457 yards per game.

Reality check: OT Jaylen Mayfield, potentially a first-round draft pick, is opting back in for the Wolverines.

Reality check: This defense is legit. Seven sacks in each of the last two games and 17 overall, with 10 players chipping in.

Reality check: The Tigers haven’t played since Labor Day weekend because a COVID-19 outbreak. They return to face one of the toughest teams in the AAC.

0
0   0
previous The Finals are set: LeBron, Lakers will meet Butler, Heat
next Jimmy Butler was an easy get for NBA Finals-bound Heat
Related Posts