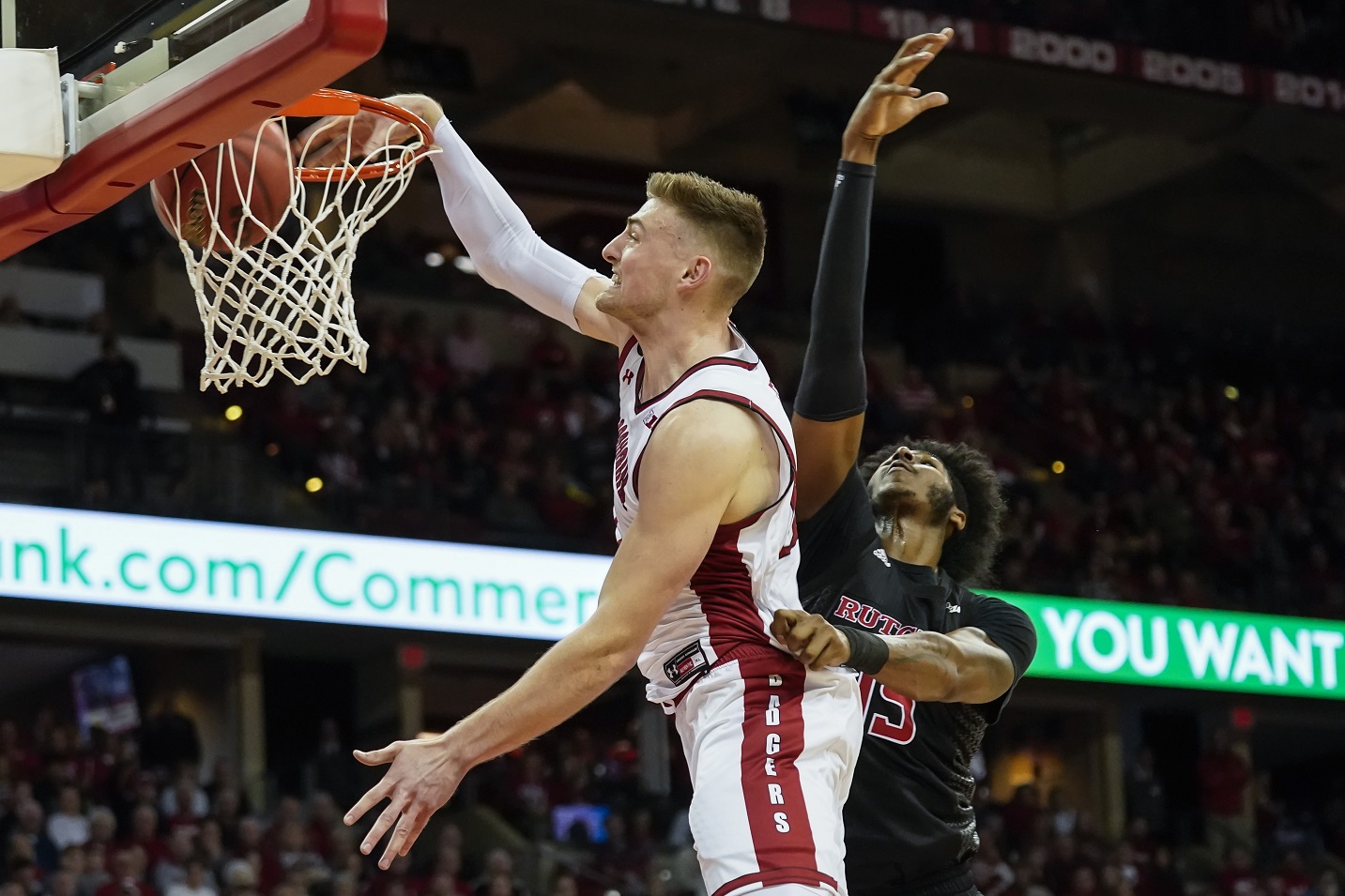 MADISON, Wis. — With four games remaining in the regular season, the University of Wisconsin men’s basketball team sits in a four-way tie for second place in the Big Ten Conference.

Sunday, the Badgers got 18 points off the bench from junior Micah Potter in a 79-71 avenging win over Rutgers.

That win was Wisconsin’s fifth win in its past six games since La Crosse native Kobe King announced he was leaving the team. The last time Wisconsin played Rutgers, King led the team with 18 points in a 72-65 road loss.

Wisconsin (17-10, 10-6) still has the worst overall record of the four teams in second place in the Big Ten, and seventh-ranked Maryland (22-5, 12-4) sits at No. 1 in conference, two games ahead of the pack. None of the Badgers’ remaining opponents are ranked and only two are over .500.

Thursday, the Badgers head to Michigan (18-9, 9-7) for the first matchup of the season.

The Badgers beat Indiana at the Kohl Center 84-64 back on Dec. 7, when King scored a career-high 24 points.

0
0   0
previous Zamboni driver, 42, gets win as emergency goalie for ’Canes
next After win over Sixers, and Raptors on Tuesday, Bucks playing trap game Monday in D.C.
Related Posts