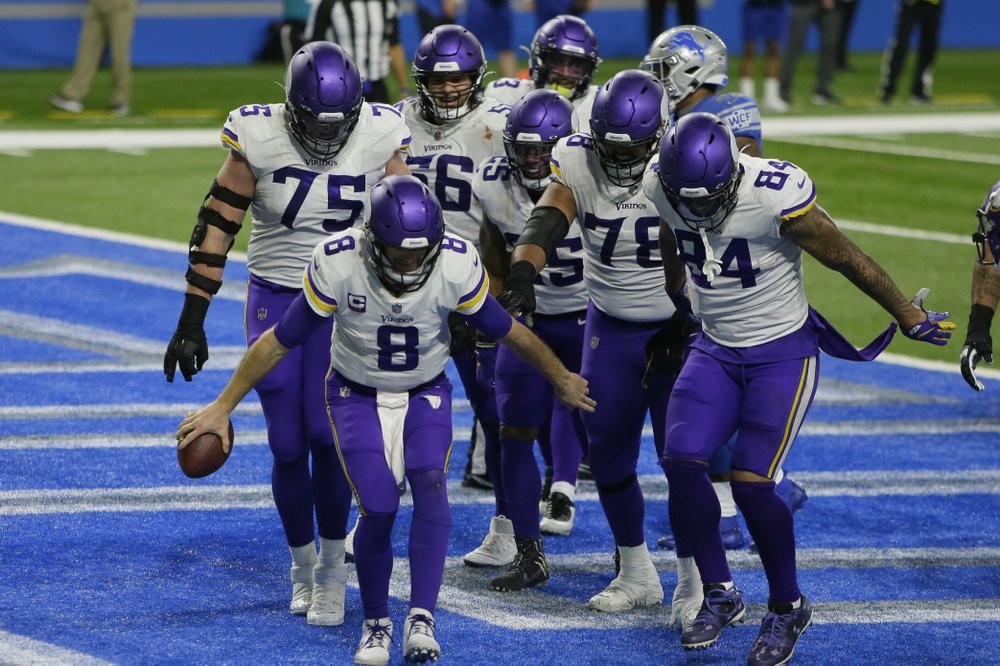 EAGAN, Minn. (AP) — The Minnesota Vikings didn’t draft Kellen Mond for a roster filler. At some point in the years ahead, the work-in-progress quarterback from Texas A&M will have the opportunity to become the starter.

The job belongs firmly in the hands of the incumbent for now. Kirk Cousins, coming off a career-best 35 touchdown passes last season, said he’s more than willing to be “an open book” when it comes to mentoring Mond.

“You’re helpful and you’re there and you make yourself available,” Cousins said, describing his general approach to helping the entry-level players at his position.

When Cousins played for Washington, his rookie-year guide was Rex Grossman, who’d previously played in a Super Bowl for Chicago and was in his 10th NFL season.

“He was a big part of my early development as a football player. I really took every word he said to heart because I felt he’d been there, done that and he should know what it looked like. I hung on his every word,” Cousins said Wednesday after Minnesota’s ninth practice of the spring session. “I’ve been there and want to certainly be that same resource whenever possible.”

Though the circumstances are vastly different across the border, the quarterback succession plan in Green Bay has become a problem that has blown up into the biggest storyline in the league this summer. Aaron Rodgers, who has expressed frustration with the communication or lack thereof from the front office since the Packers drafted Jordan Love in the first round last year, has skipped the offseason program with no end to their standoff in sight.

Cousins has guaranteed salaries of $21 million and $35 million for this year and next, so he’s unlikely go anywhere until 2023. Maybe Mond would be ready to take over then, or maybe not. In the meantime, the Vikings made sure to keep Cousins apprised of their thinking.

“There was good communication through the process, and Kellen’s been great, working hard, picking up our offense quickly,” Cousins said.

Mond, who was the 66th overall pick in the third round, has begun at the bottom of the depth chart and taken a scant amount of snaps in full-team drills this month. Jake Browning and Nate Stanley clearly have a head start in the competition to be the primary backup to Cousins, since Sean Mannion was not re-signed.

Mond, for his part, has taken to careful video study of Cousins’ past work in Minnesota’s offense.

“Just really enjoy watching his execution, his footwork, just watch how he’s able to go through reads and pretty much master the offense,” Mond said recently. “The more I watch him, the more I’m able to mimic.”

Said offensive coordinator Klint Kubiak of Mond: “He’s been a quick study. He’s here early and leaves late. … We’re throwing a lot at him. We’re making it hard for him, and he’s responding well.”

Cousins said he took the offseason to scrutinize himself on film over the course of his entire NFL career, not just the games from last year.

“I do think it’s been a very valuable resource to have, and I’m kicking myself I didn’t do it sooner in my career,” Cousins said.

Absent again from the field this week in Minnesota was defensive end Danielle Hunter. Hunter, who’s coming back this year from neck surgery after missing the entire 2020 season, has not been available to reporters for 14 months. NFL Network reported last year that Hunter, who in 2019 became the youngest player in league history to reach 50 career sacks, either wants to become the NFL’s highest-paid defensive player or be traded to another team.

Hunter signed a $72 million extension in 2018 that expires after the 2023 season. The average annual value of his deal ranks 17th in the league among edge rushers, according to figures compiled by the Over The Cap website.