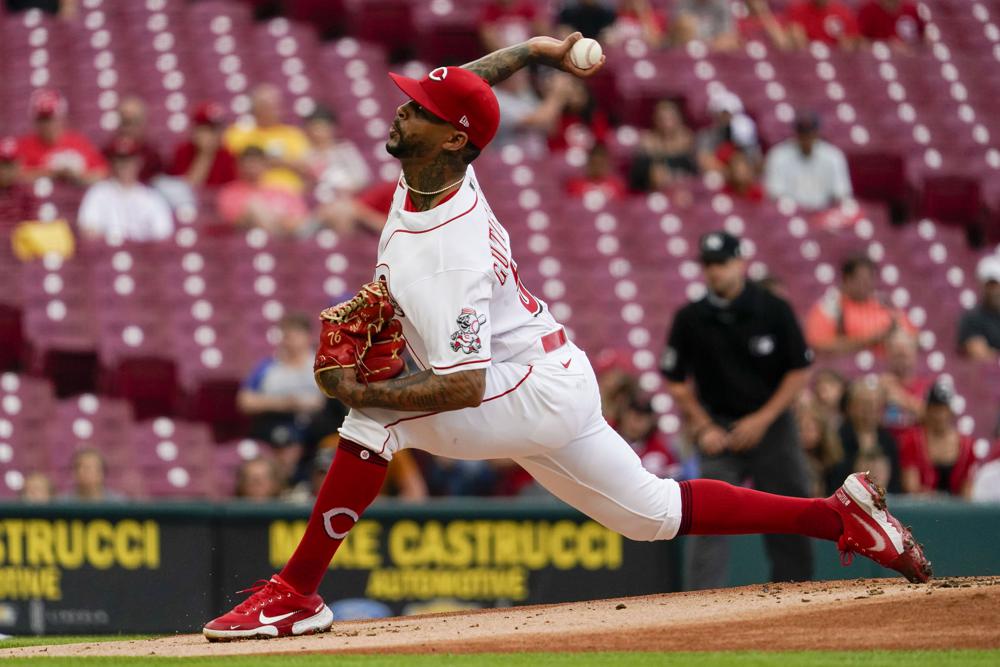 A conversation with a teammate helped.

Gutierrez (2-1) allowed two runs and six hits in the longest of his three big league starts. The right-hander struck out seven and walked three in his second straight win.

“All of my pitches that spin were working really well today,” Gutierrez said through a translator. “I was losing a little bit of confidence with my fastball to start, (but) I was able to mix them in really well with the rest of my pitches.”

The 25-year-old Gutierrez balked home a run in the first, and threw his glove in frustration after he returned to the dugout. Nick Castellanos then approached the rookie and told him he wanted him to go seven innings, and Gutierrez said OK.

“He gave me the confidence right there to get me through this game today,” Gutierrez said after the win.

Cincinnati backed Gutierrez with five runs in the first two innings. Stephenson doubled home Jesse Winker in the first, and Castellanos hit a two-run double in the second.

Stephenson made it 7-1 with a two-run double off Eric Lauer in the fourth, driving in Winker and Castellanos.

“The first inning I felt really good,” Anderson said. ”Got weak contact, some unfortunate events there. Made a terrible pitch to Castellanos (on) 3-2, and that was essentially the ballgame.”

Daniel Vogelbach hit a towering homer to right against Heath Hembree in the ninth. Christian Yelich then doubled, but Hembree struck out Avisaíl García and retired Manny Piña on a fly ball to right to end the game.

The Brewers dropped into second in the NL Central, a half-game back of the Cubs.

Gutierrez got a standing ovation after inducing an inning-ending ground ball from García in the seventh.

The worst bullpen in the majors needed the break. Five Reds relievers had surrendered all five runs in Tuesday night’s loss to the Brewers.

Brewers: 3B Travis Shaw had to be helped off the field after dislocating his left shoulder diving for a ground ball in the second inning. … OF Lorenzo Cain (strained right hamstring) was working out on the field before the game, but manager Craig Counsell said July 1 is likely the earliest he could return.

Reds: RHP Sonny Gray was put on the 10-day injured list after straining a groin muscle while warming up for the fourth inning Tuesday night. Bell said Gray likely will miss at least his next two starts. … RHP Jeff Hoffman (right shoulder) could be ready for a rehab assignment by the end of the month.

Right-hander Freddy Peralta, who came within five outs of a no-hitter in his last outing, starts against the Reds in the series finale on Thursday. Right-hander Luis Castillo gets the call for the Reds.