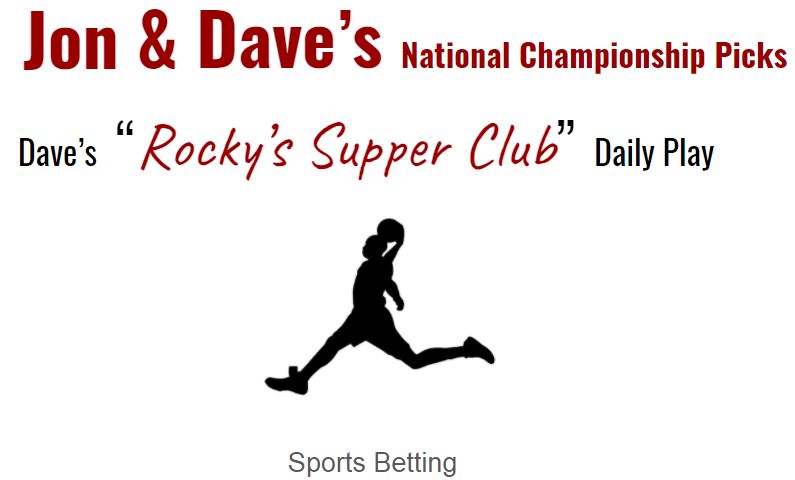 What’s on the table today?: Dave and Jon Denton make their picks for the NCAA Men’s National Championship. Gonzaga (-4 ½) total 159 ½.

On Saturday both Gonzaga and Baylor punched their tickets to the National Championship with Baylor blowing-out Houston 78-59, and Gonzaga surviving the Bruins in OT 93-90 thanks to a Jalen Suggs half-court game winner.

The Bulldogs have definitely had the easier path to the title game, but the Bruins tested Gonzaga on Saturday and Gonzaga responded. If the Bulldogs win tonight, they will be the first undefeated team to win a National Championship since the Hoosiers did it in 1976.

Baylor has been on a roll as well though, beating the likes of Wisconsin, Villanova and Arkansas all before dispatching the Cougars. That Baylor has made such easy work of their opponents is one of the reasons I’m playing them tonight (+4 ½).

It would be iconic/ironic if Gonzaga was able to win tonight’s National Championship as an undefeated team (1st since IND in ‘76) considering that tonight’s game is where….Indianapolis, IND!!!