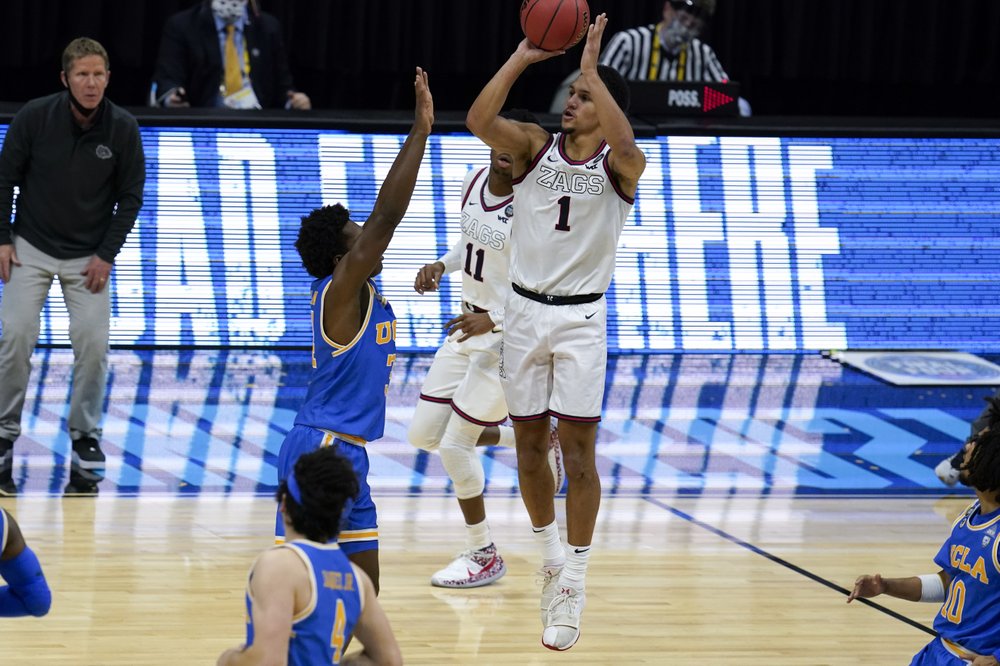 On Saturday Jalen Suggs became an NCAA Tournament legend, a potential number one overall NBA Draft pick, and a Gonzaga hero all at once in the Zags 93-90 OT win over UCLA. Jalen’s shot also became an INSTANT CLASSIC!

With just 3.3 seconds left, no time-outs, and the game tied at 90 after a UCLA bucket, Gonzaga forward Corey Kispert inbounds the ball to Suggs. Suggs drives up the right/middle side of the court, and with a calm, cool confidence that belies his age, put in a beautiful, game-winning, 40 foot dagger that sent the Zags to their second National Championship in the past four years.

If Gonzaga can beat the Baylor Bears tonight (Monday), they will become the first team since the 1976 Indiana Hoosiers to go undefeated en-route to a National Title. **The fact that tonight’s game just happens to be in Indianapolis, IND, the home state of the Hoosiers, shouldn’t be overlooked the Karma factoring**