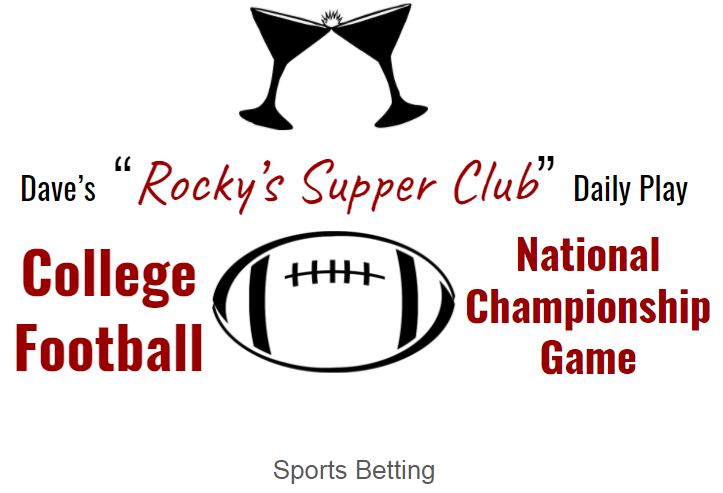 That’s a big….NUMBER you got there!

That’s a big….NUMBER you got there!

How did I get here?: Winning my first NFL two-team-teaser of 2021 is a great feeling. We might be in the midst of a Constitutional crisis, but at least I’m cashing my first NFL play of the postseason.

The Rams certainly did their part winning straight-up versus Seattle 30-20, despite losing their replacement starting QB John Wolford to a bad looking hit that sent him to the hospital, and having to replace him with Jared Goff who had thumb surgery eleven days prior.

Tampa Bay on the other hand needed us to bring that line down as they did win, 31-23, but not by ENOUGH if I would not have teased them, the (-8.5) would not have been covered. One of the reasons we like making teaser plays in the NFL, if the circumstances are right, is because it allows us to move the line in a more favorable direction. This is exactly what happened in our Bucs game with the eight point win and our moving the number down to (-2.5). All Tampa Bay had to do was win by a field goal, which they did, and we covered our bet.

Alabama looked like the odds on favorite to be here before the season, like they are seemingly every year, generally for good reason. Two Heisman finalists this season, one winner. Davonta Smith (WR) is simply amazing, becoming the first wide receiver to win the Heisman since 1991 when Michigan’s Desmond Howard did it. The Crimson Tide’s quarterback Mac Jones, also a Heisman finalist, will likely be a first round pick after throwing over 4,000 yards and 36 touchdowns and only 4 INT’s on the season.

Ohio State was also an early season pick to be in the College Football Playoffs, but a chance to play for a National Championship seemed a bit far fetched with the Big Ten’s scheduling issues, stop/start drama, and the anticipation that Clemson and Trevor Lawrence would power past all comers and meet Alabama once again.  That narrative was on-pace to hold, until Ohio State demolished Clemson 49-28 in the Semi-Finals and punched their ticket to Miami’s Hard Rock Stadium.

What we know about both teams is this; they are good, they can score, but their defenses have some issues. Ohio State has more issues than Alabama, but both have holes on defense, which will happen when you put 5-6 starters a year in the NFL. That’s why the TOTAL for this game sits at a huge number, 75, and Alabama is favored (-7.5). Points will be scored.

However, I’m looking at Ohio State and wondering; is Justin Fields 100%? Was the Semi-Final performance against Clemson a real show of how good they are, or was there more revenge for the Dabo Swinney smack-talking at play then we anticipated? Will Nick Saban be out coached by Ryan Day? These are tough questions and I’m not sure Ohio State is ready to answer them.

When I look at Alabama I see a predictably predictable team, tremendous offensive weapons, a consistent and well executed game plan, and outside of a fluky 52-46 win while defensively melting down versus Florida December 19th, a defense that got better as the season wore on, giving up no more than 17 points in 7 of their last 8 games.

I think Alabama wins tonight, and they might cover (-7.5) spread easily. But that’s not the play I’m making. I’m taking this game to go UNDER the total of 75.

As I mentioned in my questioning of OSU, how healthy is Fields? What happens if Alabama comes out guns-blazing and bury the Buckeyes 21-0 in the first quarter? Will OSU be able to respond? If Ohio State gets behind early and can’t put points (or touchdowns) on the board, are they going to fold up a bit? These are harder questions for me to answer on OSU’s part considering they haven’t played but half the games that Alabama has.

I’m also looking how the money has been coming in on the total; 55% coming in on the OVER, which opened at 76 before settling in at 75 in most spots. The books are taking a lot of action on the total going OVER, but the “sharp” money that dropped the line from 76 to 75 was on the UNDER, that’s why the total moved, and that’s one of the reasons I’m playing this UNDER 75. I don’t trust the public money (55% in on OVER), and I’m not entirely sure I trust Justin Fields and Ohio State.

Perhaps I’m looking past what OSU did in the Semi’s, perhaps I’m undervaluing the toughness of Fields and the Buckeyes themselves, but mostly I think this number is just too high. I like Alabama to win tonight 38-31, coming in UNDER the total of 75, and just barely missing a cover of (-7.5).