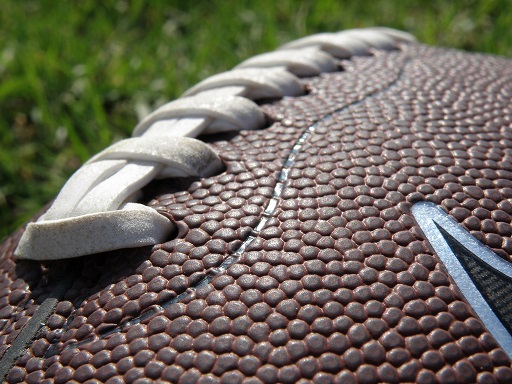 My fantasy freak out!

My fantasy freak out!

Oh no, oh no, the NFL season is only a couple weeks away, and I’ve completely forgotten about fantasy football.

My focus for the past number of months has simply been getting past all this stuff, and now the football season’s upon us and I have no idea who to pick.

Normally this time of the year we’re a couple of weeks into the NFL preseason watching our starters play at least a couple of snaps, evaluating new rookies, taking a gander at some of the free-agent signings, and getting a kind of feel for how the teams are going to look.

This season, we barely get a look inside training camp, let alone getting the kind of information and insight we can glean from a preseason game. I know, most people think the preseason’s meaningless, and for the most part it is. But for fantasy football purposes, it’s invaluable.

Last year in training camp, I was watching Josh Jacobs, from the Raiders get a lot of attention.

Fantasy boards didn’t have him very high, but I kept grading him higher and higher by the week, as Jon Gruden and the rest of the Raiders coaching staff kept heaping praise on this kid.

Even though we didn’t see a ton of action from him in the preseason, by the time the regular season started Jacobs was a stud, and I picked him up in the fifth round.

I don’t proclaim to be a fantasy football expert. I’ve just won a money league run by 10 other radio guys out of Vegas, three out of the last five years. If you’ve ever seen that show “The League,” you know that’s pretty close to perfection for an average Joe.

So what am I going to do this year? How am I going to grade these players, not that I’ve got much more analytical tools than are available online anyways, but at least I’ve made some notes mental or otherwise? How am I going to spot the sleeper who was a late round draft pick, or that undrafted rookie free agent who all of a sudden makes the team?

I’m sure I’m not alone but these kinds of things are starting to freak me out. I pride myself on winning, as much as possible. And that goes for fantasy football, because you see, while I won a money league three out of five years, I’ve also come in dead last in three other fantasy football leagues during that time. Fantasy is a fickle b****!

I guess this year I’m going to be resorting to watching, and analyzing “Hard Knocks,” possibly trying to watch extra Twitter feeds from savvy sideline reporters, or the fan who somehow snuck an infrared drone through some sort of air duct, and got to look at something firsthand.

This is what I’m going to resort to I suppose, which leaves me feeling a bit more than vulnerable for some massive upsets.

While I’m sure I’m not alone in my fantasy freak out, it’s kind of hard to tell. I’ve seen a few commercials for the major fantasy websites, but because I haven’t really seen many friends up close and personal for the better part of 6 months, I haven’t really gauged if anybody’s playing.

I suppose I should email, possibly check some emails, and maybe even open up that social media feed I talk about a lot, and see if there’s some chatter. As we know misery loves company, so if there are others that are freaking out about their fantasy season, I’d love to know about it.