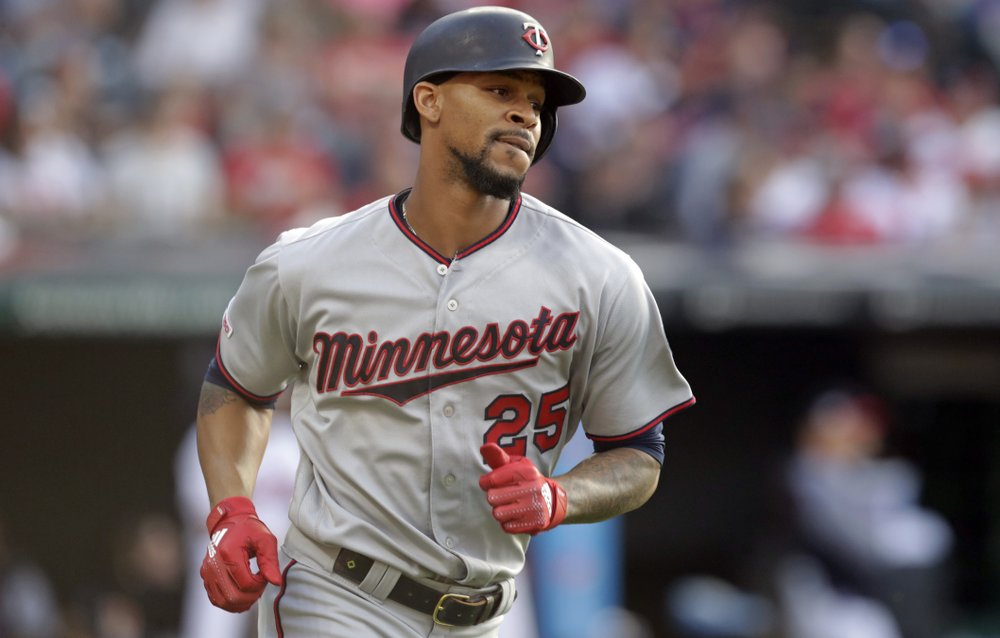 MINNEAPOLIS (AP) — An array of injuries was largely responsible for the blight on the first five years of Byron Buxton’s still-promising major league career, with surgery last fall to repair labrum damage in his left shoulder serving as the latest setback.

The most games he can get in this year for the Minnesota Twins? Sixty.

Such a milestone — even 50 games for the fleet-footed center fielder — would be a welcome development in this virus-shrunken season.

Buxton, who had the procedure on Sept. 10, worked his way onto a rehabilitation track that would have had him ready for the original opener on March 26. Four extra months to heal and train sure didn’t hurt.

“I’ve got no limit. I’m back to being myself and going out and playing the game the right way,” Buxton said on Wednesday, before the Twins played their first intrasquad game at Target Field, 16 days before they play the White Sox in Chicago to start the 2020 sprint.

The second overall pick in the 2012 draft has had his share of struggles at the plate, a pile of strikeouts that had little to do with health. He’s also had flashes of tantalizing production stopped cold by trips to the injured list.

Buxton batted .262 with 30 doubles, four triples, 10 homers, 46 RBIs and 48 runs in only 271 at-bats in 2019, with a career-best .827 on-base-plus-slugging percentage. He partially dislocated his left shoulder when he crashed into the outfield wall while making a catch on Aug. 1 and only rejoined the team as a defensive replacement and pinch runner, before the surgery was deemed necessary. Buxton won a Gold Glove in 2017, when he played in 140 games, the only season when he has appeared in more than 92 games.

Some of the absences have been because he was sent back to Triple-A for more hitting work, but since debuting in 2015 he has missed time with a sprained thumb, strained groin, strained wrist, broken toe and migraines. Last year, he also had a bruised wrist and concussion-like symptoms before the shoulder problem.

“Playing the outfield is definitely always a lot different without him beside me. He impacts the game on every aspect, I think, hitting-wise, baserunning, mentally too. Just to have him next to you on the bench is awesome,” right fielder Max Kepler said. “But his defense is like no other. I think the best I’ve ever seen. I’m definitely super excited to have him back on the field.”

The fearlessness with which he has patrolled center field has also, at times, contributed to his injuries. The Twins have worked with him on adjusting his approach to the wall to ideally minimize future collisions, and this winter he focused on jumping off two feet to seek more body control.

The extra down time also unfolded splendidly on the home front. His wife, Lindsey, gave birth to their second child, Blaze Jett, on July 3, a most appropriate name for one of baseball’s fastest players. The clever decision did not stem from bravado, Buxton said, but rather out of deference to their other son, 6-year-old Brix.

“It’s something Brix came up with. He kind of messed around with it for about six months, and it’s something we’ve liked, so we stuck with it,” said Buxton, who reported to camp a couple of days late to be with his family in Georgia longer.

Perhaps this abbreviated season will be the one when Buxton finally breaks out for the Twins.

TOP PHOTO: FILE – In this June 5, 2019, file photo, Minnesota Twins’ Byron Buxton runs the bases after hitting a three-run home run in the second inning of the team’s baseball game against the Cleveland Indians in Cleveland. Buxton is among the players who probably benefited from baseball’s virus-induced delay. The oft-injured Twins speedster was coming off a major shoulder surgery. (AP Photo/Tony Dejak, File)