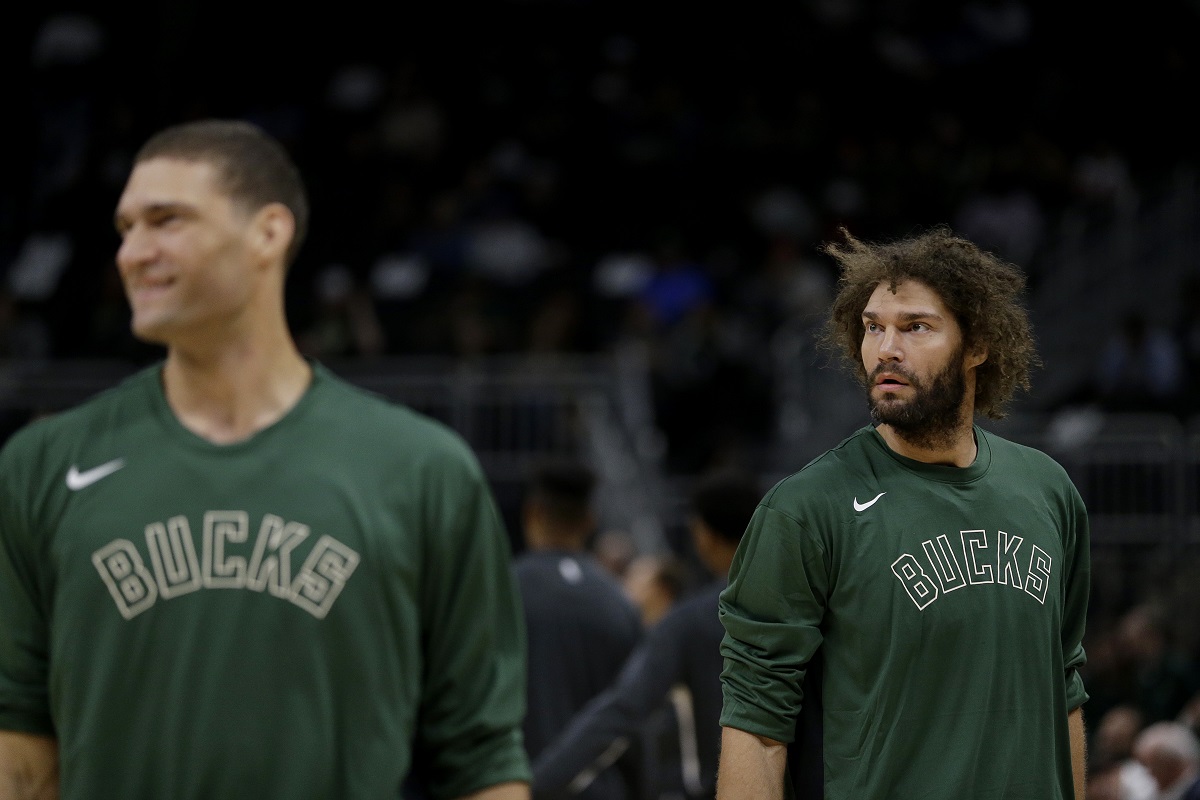 Mickey Mouse better look out. Robin Lopez has it in for mascots.

Two 7-footers roaming Walt Disney World. It’s happened before. It could happen again, only the theme park might be closed.

As the Milwaukee Bucks get set to head to Orlando, as the NBA season prepares to re-start from inside the bubble, Robin’s twin brother Brook Lopez had a little message for the commish.

“We’ll see how long Adam Silver can keep Robin and I from going to the park,” Lopez said Tuesday, according to the Associated Press.

The pair of 7-foot, Bucks centers could be scheming to sneak out of the bubble to check out the park, “Sorry folks, park’s closed,” be dammed.

In all reality, though, the NBA will be isolated to a section of the Walt Disney World — namely, the Gran Destino Tower, Grand Floridian Resort, and Yacht Club Resort, along with the ESPN Wide World of Sports Complex. Players and guests will not have access to the main park.

The park is preparing for a phased reopening to the public July 11.

But if the characters are out and about at the park and Robin Lopez is around, it’s gonna be pandemonium.

It wasn’t long ago, the Lopez twins were seen at the park to be two of the firsts to check out Star Wars: Galaxy’s Edge park.

The trip came in between a game at Detroit on Dec. 4 and before a matchup at the L.A. Clippers on Dec. 6, according to ESPN’s Ohm Youngmisuk.