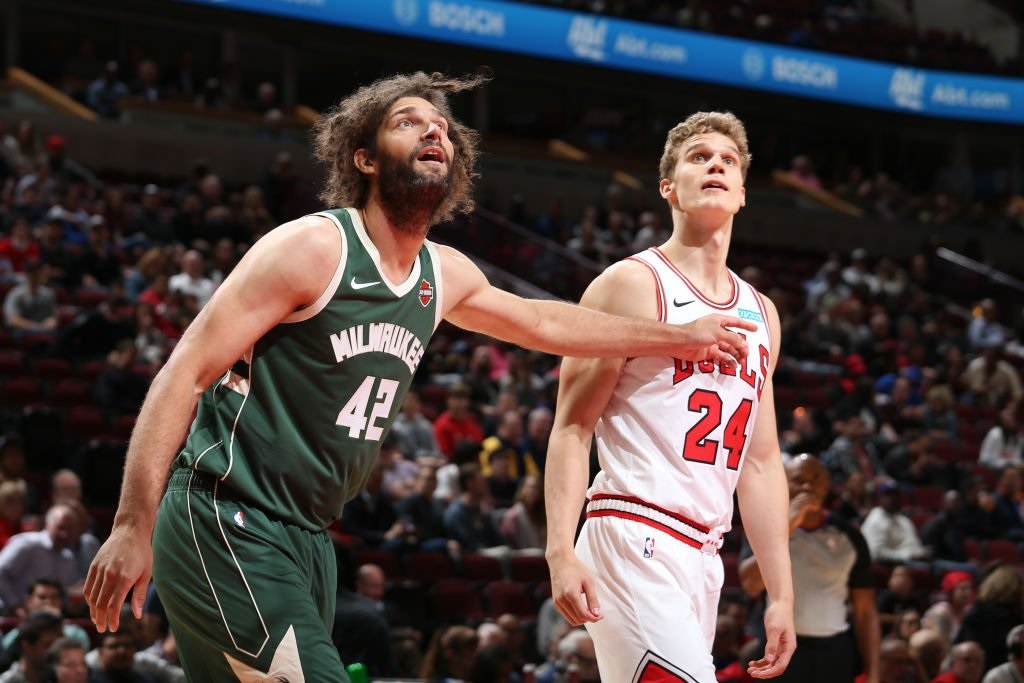 No Giannis but there was an Antetokounmpo in the Milwaukee Bucks preseason opener.

Thanasis Antetokounmpo scored nine points and had 10 rebounds off the bench, as the Bucks beat the Chicago Bulls 122-112.

Twin brothers Robin and Brook Lopez both started and had 14 points and 13 points, respectively, to go with five rebounds in 19 minutes for Milwaukee, which plays again at Dallas Friday and opens the season at Houston on Oct. 24.

Brook had three assists and was 3-for-6 from deep, while Robin had three blocks. No word on whether Robin fought with Benny the Bull, Chicago’s mascot, which he tends to do.

Newcomer Wes Matthews, a 2009 Marquette graduate, scored 10 for the Bucks, but went just 1 of 5 from beyond the arc. Another newcomer, Dragan Bender, had 12 points, seven rebounds off the bench.

Donte Divincenzo, who missed most of last season — his rookie season — with bilateral heel bursitis in his left foot, saw 20 minutes of action. He went just 1-for-8 and had four turnovers.

0
0   0
previous Cousins, Vikings bounce back with revived passing attack
next Matt LaFleur says 4-1 Packers are ‘playing for each other’
Related Posts