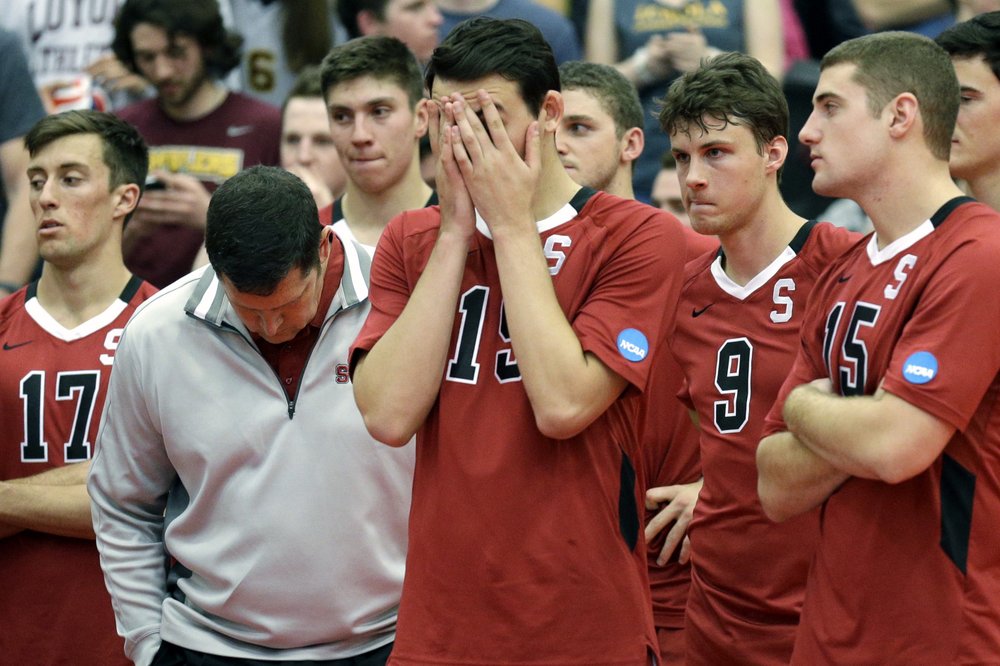 Stanford was already facing some difficult financial choices as it tried to support one of the nation’s largest athletics departments.

The coronavirus pandemic forced a dramatic and painful decision: Faced with a nearly $25 million deficit next year, Stanford became the first known Power Five school to eliminate athletic programs because of the pandemic, announcing Wednesday that 11 of its 36 varsity sports will be shuttered next year.

“As you can imagine this has been a heartbreaking day for all of us, especially with those student-athletes and coaches involved,” athletic director Bernard Muir said. “We came to this decision only after exhausting all other viable alternatives. It recently became painfully clear we would not remain financially stable and support 36 varsity sports at a nationally competitive level, which is what we desire.”

The pandemic shut down sports in March, including the massive revenue-generating NCAA basketball tournaments. With no March Madness, the NCAA was short $375 million scheduled to be distributed to its member schools, which are already facing questions about enrollment levels and tuition shortfalls.

Fall sports like football are still in question for some schools; the Ivy League, hours after Stanford’s announcement, called off all fall sports. But some tough choices have already been made.

At least 171 sports programs from four-year schools have been cut since the pandemic began in the United States, according to research by The Associated Press. Of those disbanded teams, 51 are from 18 Division I schools. One conference in Division II and one in Division III suspended fall sports competitions and at least 18 small colleges across Division III and the NAIA won’t compete this fall.

Stanford’s decision to drop sports is likely the first of many by Power Five schools across the country.

“If it can happen at Stanford, it can happen any place,” Big 12 Commissioner Bob Bowlsby said. “They’re the broadest, most successful program in the history of college athletics and so to see them drop a third of their program is a shocking thing.”

Stanford originally projected a deficit of $12 million for the 2021 fiscal year, a number that more than doubled as it faced fewer donations, sponsorships and ticket sales. Muir said the $25 million deficit for 2021 would likely double if the football season is canceled.

The school projected a shortfall of nearly $70 million over the next three years due to the pandemic and estimated it would cost more than $200 million to sustain the 11 sports that will be cut.

“We’ve been punching above our weight for quite some time,” Muir said. “It just became more acute .and became such a large issue we had to take this measure.”

Stanford has one of the nation’s largest athletics departments, offering double the national average of 18 varsity sports.

Earlier this year, football coach David Shaw, basketball coach Jerod Haase and members of the athletics executive team took voluntary pay cuts to help defray some of the financial hit caused by the pandemic. Stanford also saved close to $5 million with expense-cutting measures and asked some of its programs to limit long-distance travel in an attempt to shore up the budget shortfall.

“We had a structural deficit coming in, so I don’t want to pin this all on COVID. That’s not the case,” Muir said. “When we realized coming off COVID, we knew we were going to take a financial hit. To blame this all on COVID would not be accurate, but it certainly contributed to the growing deficit.”

The contracts of 24 coaches in the 11 sports will be honored, as will the scholarships for the more than 240 athletes affected. All support staff who have been let go will get severance pay.