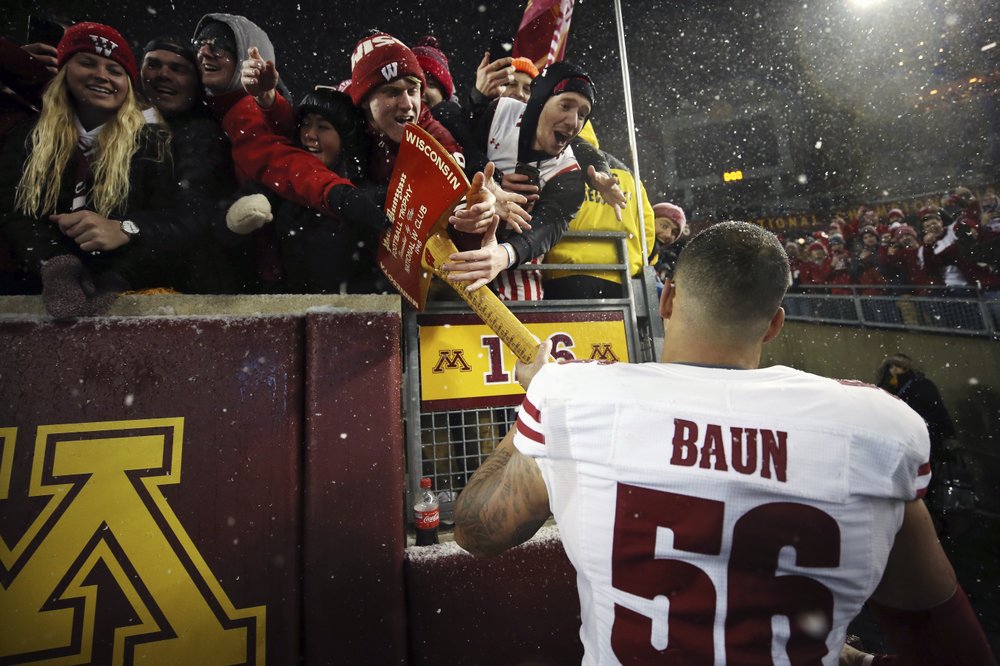 No. 10 Wisconsin used bye to rally to Big 10 title game

No. 10 Wisconsin used bye to rally to Big 10 title game

After starting the season 6-0, posting four shutouts and outscoring their opponents by a combined 255-29, the Badgers suffered a stunning 24-23 defeat at Illinois and a lopsided 38-7 loss at then-No. 3 Ohio State.

It was time to regroup.

“After that game, that was back-to-back losses, followed by a bye,” coach Paul Chryst said. “So I think there was also that time to catch your breath for us as coaches — and even as players — to take a look at ‘OK, what have you been? Who have you been? … What are the things we’re doing well?’”

Wisconsin (10-2, 7-2 Big Ten, No. 12 College Football Playoff) rallied for four straight victories after the bye to accomplish its goal of winning the Big Ten West Division.

“We took that bye week where it was a big mental break,” AP midseason All-America center Tyler Biadasz said. “It’s just that break where you can really sit down and really focus on what you did those first six games and what do you need to get better at and what’s going to be your main focus going through … to give this team a better advantage. I think we all stepped up in a big way and I think all 11 guys, offensively specifically, and all three phases, we’ve done a better job of eliminating penalties, eliminating false starts compared to the first six games.”

“I think what I’m most proud of was the response to all, kind of that self-analysis,” Chryst said. “And then I appreciate the way they, you know, to get to where you want to finish this season and maximize this season, it was going to be not even just one game at a time but one day at a time, and I thought they did a good job of doing that.”

The Badgers now await a rematch with the second-ranked Buckeyes (12-0, 9-0, No. 1 in CFP) in the Big Ten championship game in Indianapolis on Saturday. J.K. Dobbins rushed for 163 yards and two touchdowns against Wisconsin earlier this season, and Chase Young was nearly impossible to block with four sacks. Wisconsin’s Jonathan Taylor had only 52 yards rushing against the Buckeyes after averaging almost 137 per game coming in.

“They definitely haven’t gotten worse. That’s for sure,” outside linebacker Zack Baun said of Ohio State. “I think we’ve continued to grow as well. But playing a team two times in one season is such a special opportunity. You get to go back and watch what you did personally. It’s different than watching film from other teams. And then you get to reevaluate what they’ve done since we’ve played them.”

The senior defensive tandem of Baun and inside linebacker Chris Orr has combined for 23 sacks this season. They will look to contain Justin Fields as Ohio State seeks its third straight Big Ten championship.