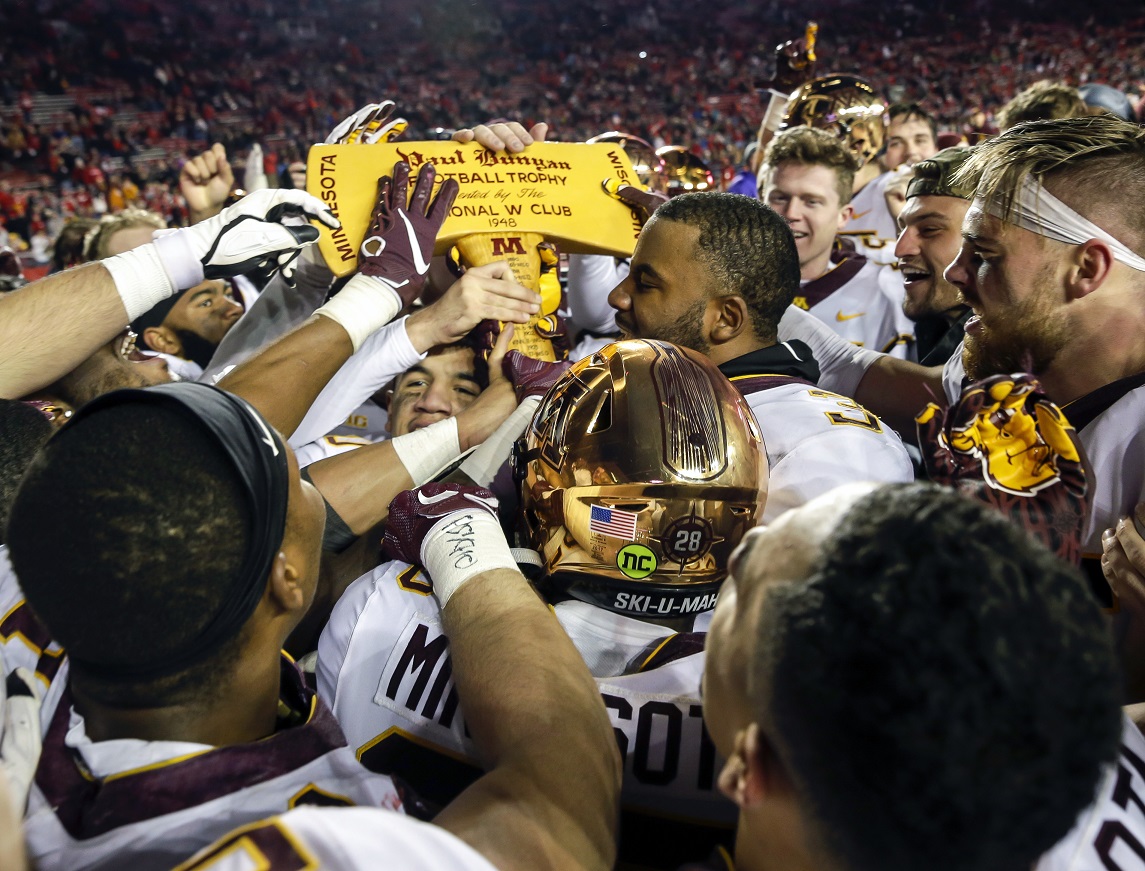 A shot at No. 3 Ohio State and bragging rights in the 129-year series playing for Paul Bunyan’s axe is on the line this weekend.

The No. 13 University of Wisconsin football team heads to U.S. Bank Stadium to take on ninth-ranked Minnesota for Paul Bunyan’s axe.

It’s also for the Big Ten-West title and, maybe not a chance to get into the college football playoff, but one to play spoiler and potentially knock out Ohio State (11-0, 8-0).