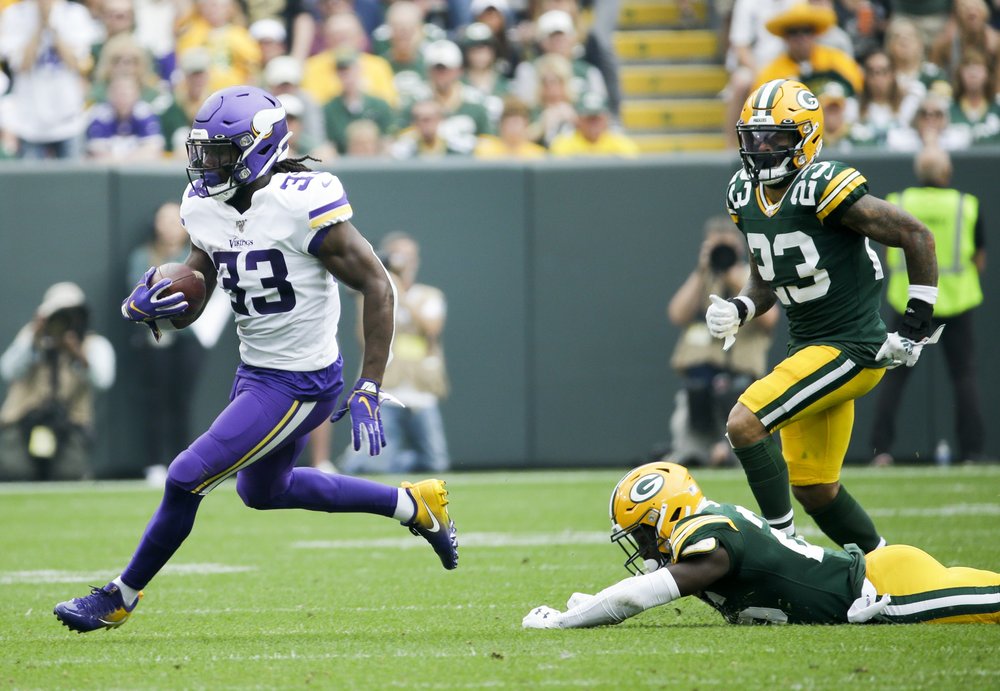 GREEN BAY, Wis. (AP) — In a sport where it’s all about going as fast as possible as hard as possible and for as long as possible, first-year Packers coach Matt LaFleur on Wednesday elected instead to take things nice and slow.

“We’re using it more as a mental day, and sort of walkthrough,” LaFleur said. “It’s just, you know, when you look at what we got coming in front of us, with the game obviously this Sunday, and then a short turnaround on the Thursday game, we’re a little banged up right now. So we wanted to give our guys the opportunity to try to get their bodies back a little bit.”

After opening the season 2-0, Green Bay faces the dreaded stretch of playing three games in 11 days. After defeating the Minnesota Vikings last Sunday, the Packers will take on the Denver Broncos this Sunday, followed by a quick turnaround for a prime-time showdown against the Philadelphia Eagles on Thursday night.

The good news for Green Bay is all three games are at Lambeau Field.

“You just grind through it,” Aaron Rodgers said. “We’ve done this over the years. You’re always going to have Thursday night games, at least one every season, so you know it’s a tight week. … We’ve had a number of these at home and done really well over the years, so we gotta take care of business on Sunday and get ready for a short week knowing that there’s a nice little break coming at the end of it.”

LaFleur said he just wants to use the time to make sure the players are healthy and fresh for the 11-day stretch. They need it.

Green Bay placed hybrid safety/linebacker Raven Greene on injured reserve on Monday after Greene was carted off the field Sunday with a right ankle injury. Safety Darnell Savage was in a walking boot following the game after being kicked in the shin. Savage said Monday the boot was just for precautionary purposes.

The Packers are still waiting for the returns of inside linebacker Oren Burks (pectoral), wide receiver Darrius Shepherd (hamstring) and cornerback Ka’dar Hollman (neck). All three have not played yet this season. Tight end Jimmy Graham (groin), wide receiver Jake Kumerow (shoulder) and defensive lineman Montravius Adams (shoulder) did not participate in a walkthrough on Wednesday.

Aaron Jones, who had a career-high 23 carries in the win over the Vikings, acknowledged on Wednesday he was feeling some aches and pains.

“The next day, a little bit, I was a little sore,” he said. “But other than that, I’m good. I’m back ready today, feeling fresh.”

Backfield mate Jamaal Williams said he’s going to use these next several days to watch the veterans and ask them what they do to help their bodies recover.

“Really, you don’t have that much time,” said the third-year running back. “It’s more mental than it is physical sometimes. You just gotta be able to be a warrior.”

Following this tough 11-day stretch, the Packers will travel to Arlington, Texas, to take on the Dallas Cowboys before having consecutive home games against the Lions and Raiders.

“The way I see it,” LaFleur said, “it’s one week at a time. We can’t look any further than today, and preparing to go out and do the best job that we can and get better today. I see it as one game at a time. I’m not worried about what comes down the road.”