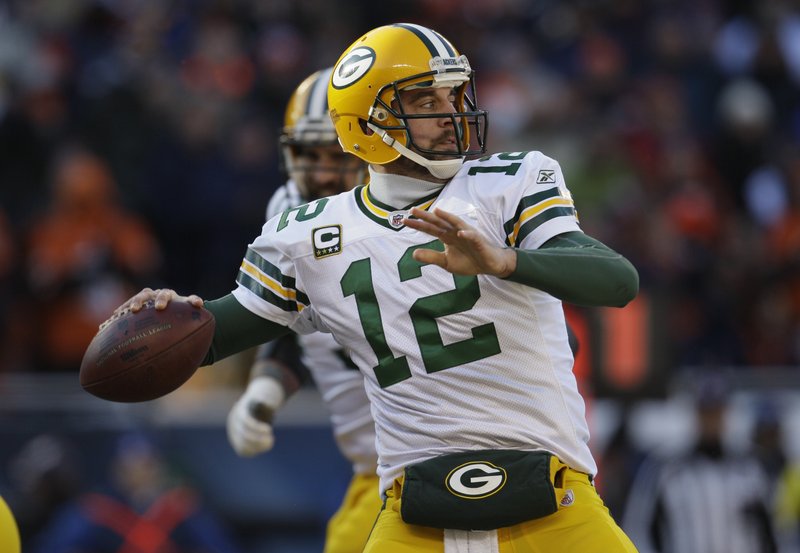 In their long — make that LONG — rivalry, the Green Bay Packers and Chicago Bears have played 198 times. Only two meetings came in the playoffs.

In January 2011, they faced off for the NFC title and a trip to the Super Bowl. Aaron Rodgers and a staunch defense silenced Soldier Field, building a 14-0 lead and 21-7 lead and won their third successive road game in the postseason.

How did that game affect each franchise in subsequent seasons? Let’s look.

With a healthy Rodgers, a two-time league MVP, at quarterback, the Packers always have been a contender. They simply haven’t been champions, and some consider them underachievers with such a dynamic presence throwing the ball. In the eight seasons since defeating the Bears and then the Steelers, Green Bay has gone 79-47-2. There were two losing records (7-9, when Rodgers missed nine games, then 6-9-1) the last two years. Last season’s flop cost Mike McCarthy, the team’s head coach for the 2010 title, his job.

Most galling of all for Cheeseheads was a 15-1 record in 2011, when the prospect of consecutive championships went down in flames in a home loss to the Giants that wasn’t even close, 37-20.

“We got beat by a team that played better,” Rodgers said. “That’s the reality of this league. (I’ve) been in the playoffs four times, and three times you lose your last game and you go home, and the one time you have that euphoric feeling that you keep fighting for. It’s tough. I didn’t think it was going to end tonight.”

Perhaps worse for Packers followers, the Giants went on to win the Super Bowl.

Although the Packers won three more NFC North titles in a row, there were holes in the running game and on defense, particularly in the secondary. Green Bay never has found the shutdown cornerback or standout safety to anchor the defense, and it overused star linebacker Clay Matthews until he wore down.

Still, Rodgers was able to get the Pack to NFC title games in 2014 and 2016. Those might have been last hurrahs for the Hall of Fame-caliber QB because Green Bay is in a retooling mode under new coach Matt LaFleur and Rodgers, at 35, probably doesn’t have the support around him to get back to the top.

Losing to your archrival at home with a chance to advance to the Big Game for the second time in five seasons is painful enough. Almost catching up in the fourth quarter with a third-string quarterback after starter Jay Cutler was injured and backup Todd Collins was awful is adding spice to the wound.

The Bears didn’t make the postseason again until last year, although they did go 10-6 under Lovie Smith in 2012, losing a tiebreaker to Minnesota for the final wild card. Their vaunted defense became a sieve from 2013-16; Smith had been fired after the 2012 season despite that strong record. He was 84-66 overall with Chicago.

Plenty of wrong steps were taken by the front office and on the field under Marc Trestman (13-19 in two seasons), and John Fox (14-34 in three). Cutler wasn’t close to the answer at quarterback, and when Hall of Fame linebacker Brian Urlacher (class of 2018) retired in early 2013, nearly everything spiraled in Chi-town.

Clearly, the loss to the Packers didn’t immediately send the Bears into a tailspin, because they were 26-22 over the next three seasons. But it was a sign that Da Bears were not going to be Da Team in the division — not when they couldn’t handle the wild-card Packers in Soldier Field with so much on the line.

Their fortunes turned in 2018 when Matt Nagy was hired as coach, quarterback Mitchell Trubisky blossomed under his tutelage, and general manager Ryan Pace made the steal of the century in trading for edge rusher Khalil Mack. Chicago won the NFC North at 12-4 before kicking woes and inexperience in the postseason did them in against the Eagles in a wild-card game.

“It definitely wasn’t good enough. I’m just looking forward to this year and getting better.”

1921: In their first meeting, the Chicago Staleys (they became the Bears the next year) defeated the brand-new Packers 20-0.

1941: In their first postseason faceoff, the Bears downed the Packers 33-14 in Chicago. The Bears then beat the Giants for the league crown.

1980: After a 61-7 loss to the Bears, Packers coach Bart Starr charged across the field to confront Bears coach Neill Armstrong for using the blitz in the fourth quarter.

1986: Packers DT Charles Martin sported a towel with Bears numbers on it, allegedly a hit list. Martin slammed Jim McMahon to the turf on an interception, injuring McMahon’s shoulder. He was done for the year. Chicago won 12-10.

2018: Aaron Rodgers led the Packers back from a 20-0 second-half deficit to win 24-23, throwing three fourth-quarter TDs.

TOP PHOTO: FILE – In this Jan. 23, 2011, file photo, Green Bay Packers quarterback Aaron Rodgers (12) throws a pass during the first half of the NFC Championship NFL football game against Chicago Bears in Chicago. In their long rivalry, the Packers and the Bears have played 198 times. Only two meetings came in the playoffs. In Jan. 2011, they faced off for the NFC title and a trip to the Super Bowl. Rodgers and a staunch defense silenced Soldier Field, building a 14-0 lead and 21-7 lead and won their third successive road game in the postseason. (AP Photo/Nam Y. Huh, File)