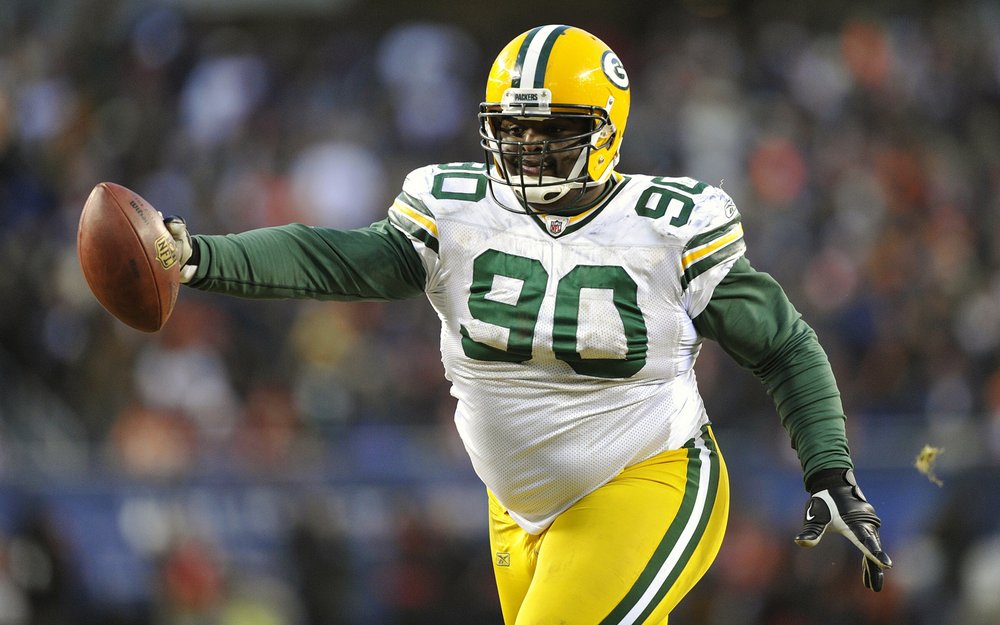 CHICAGO (AP) — As part of its celebration of its 100th season, the NFL is designating a Game of the Week, each chosen to highlight a classic matchup. For opening week, it is the Thursday night game between the Packers and Bears, who renew the league’s longest rivalry.

To mark each Game of the Week, the AP will be reprinting its story of a classic matchup in the rivalry. The following is the story from the 2010 NFC championship game, first published on Jan. 23, 2011, and written by Sports Writer Rick Gano.

CHICAGO (AP) — Green Bay nose tackle B.J. Raji, all 337 pounds of him, picked off the pass that was mistakenly thrown right to him, took off on a short earth-trembling jaunt to the end zone and then held the ball out in front with his big right hand.

Thanks to his touchdown, Big B.J. and Green Bay’s D are headed to Big D. For the Super Bowl.

Raji’s 18-yard interception return for a TD with about six minutes to go Sunday was the biggest play all day by an aggressive Packers defense in their 21-14 win over the Chicago Bears in the NFC title game.

“It’s not just about me, man,” Raji said in a jubilant Packers locker room, as he sported a championship cap. “A lot of guys made some plays today. I just happened to make a play for a touchdown. Guys were making plays all season.”

Green Bay also got two interceptions, one to close out the victory in the final minute from defensive back Sam Shields.

Raji’s interception of Chicago third-stringer Caleb Hanie’s pass gave the Packers a 21-7 lead, and they needed it after being burned by a Hanie-to-Earl Bennett TD a short time later.

“I was like, ‘Wow, he threw it,’” Raji said. “It was my job to catch it, and I caught it. … You like to think pressure usually rattles a quarterback and this guy hadn’t had much experience all year in the game, so we knew eventually we’d get our shot. … How fitting is it to be a Green Bay Packer and win the championship with defense? That sums it up right there.”

The Bears got the ball back again, and Hanie tried to lead them to their third TD of the final quarter after taking over for the injured Jay Cutler and ineffective backup Todd Collins. But Shields cut off the last drive with his second INT, this one at the Packers 12 to wrap up the victory.

Earlier, Shields, an undrafted rookie, had knocked the ball out of Cutler’s hand on a blitz — the Bears recovered — and also made a nice interception at the end of the half to keep the Packers up by two touchdowns.

And now the Packers are one win away from going to the highest point in the NFL. Aaron Rodgers has been the major factor, but so has a defense under coordinator Dom Capers that mixed it up Sunday.

The Packers made a miserable day for Chicago starter Cutler, who left in the third quarter with a knee injury and completed only 6 of 14 passes for 80 yards.

“I looked out there and they had a new quarterback, so kind of wish they would have had Jay in there the whole time the way things were going,” he said.

Matthews, Cullen Jenkins, Ryan Pickett and Raji kept up the pressure throughout the game, and the Packers forced a hurried Hanie into an intentional grounding call on the final series.

Until Johnny Knox got free on a 32-yarder from Hanie in the fourth quarter to set up a TD, Green Bay’s pass coverage seldom cracked and the Packers were pitching a shutout.

“When you play a team three times, you have to be able to mix it up a little to see if it presents new problems, and I think we were able to do that for the most part,” Matthews said. “Presenting new schemes and lining up players at different positions and trying to throw them off real quick.”

The Packers, who allowed only 15 points per game this season, also had strong special teams coverage on Bears return sensation Devin Hester.

After Rodgers’ passing got Green Bay rolling early, the defense clamped down on most everything the Bears tried until the final quarter.

Green Bay had 15 players land on injured reserve this season, including several key members of the defense.

“It was easy for people to write us off with all the injuries. But Dom does a great job of putting us in the right position and obviously we bought into it,” Matthews said. “Here we are shutting down great quarterbacks and great offenses. … We keep playing defense the way we know how and it’s going to be tough for teams to beat us.”

TOP PHOTO: FILE – In this Jan. 23, 2011, file photo, Green Bay Packers’ B.J. Raji (90) scores the game winning touchdown on an interception during the second half of the NFC Championship NFL football game in Chicago. Raji’s 18-yard interception return for a TD with about six minutes to go was the biggest play all day by an aggressive Packers defense in their 21-14 win over the Bears in the NFC title game. (AP Photo/Jim Prisching, File)