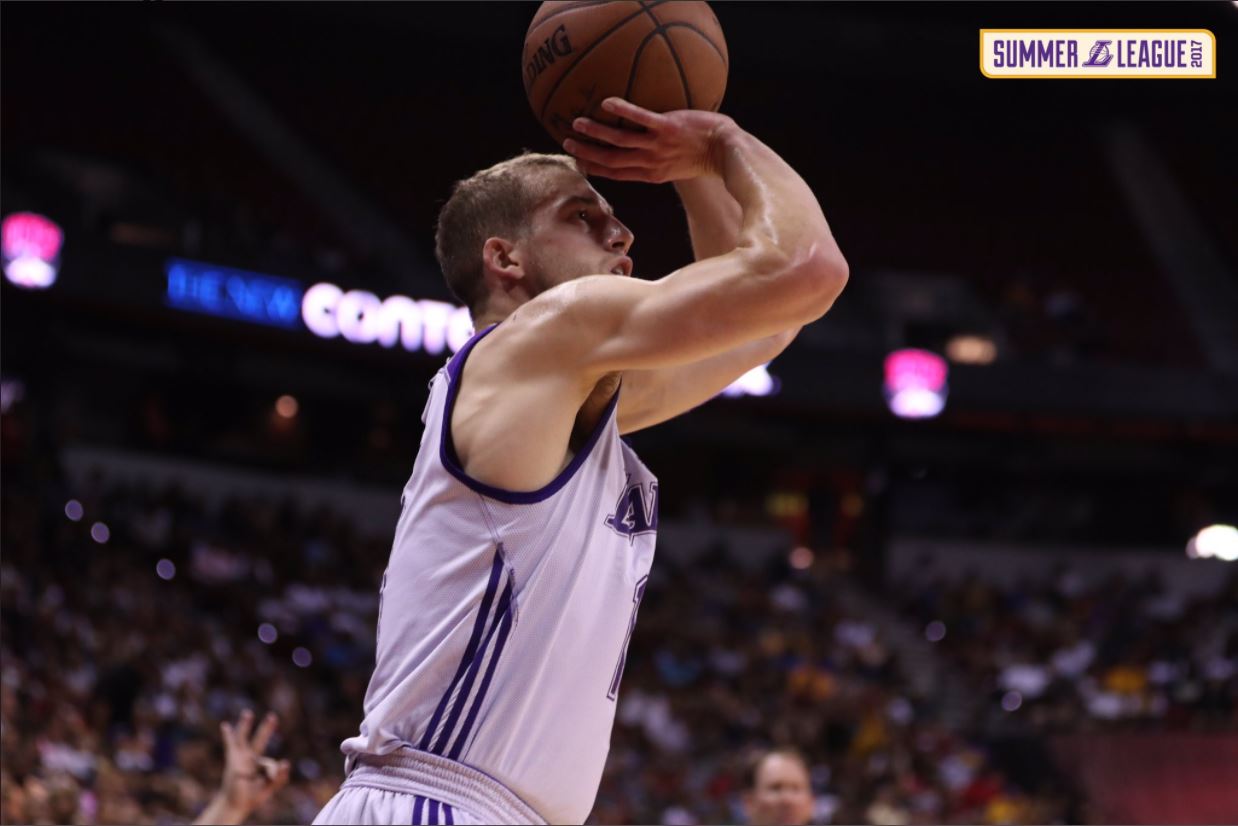 After lighting up the NBA’s Summer League two seasons ago, Onalaska native Matt Thomas is back.

It was Thomas and Kyle Kuzma that stole the show a few years ago in winning the Vegas Summer League for the L.A. Lakers.

Now, Kuzma is the remaining piece in a gutted Lakers team, alongside LeBron James and Anthony Davis, while the 6-foot-5 Thomas just signed with the NBA champs, after spending the last two years in Spain.

The 24-year-old Thomas was offered a three-year, $4.2 million contract by the Toronto Raptors, coming off experiencing the EuroCup championship.

Overseas, Thomas shot 48.5 percent from beyond the arc for Valencia, which went 45-18 and won the EuroCup title.

Thomas, a 2013 Onalaska High School graduate, was a four-year starter for Iowa State, where he capped off his career with a 25-point game, nailing a career-high seven (7-for-11) 3-pointers. He took that momentum right into summer league.

Thomas wasn’t drafted by the Lakers. He was offered a two-way contract by the Raptors, but opted to play with the Lakers, instead.

In his final three games in Vegas for the Lakers, Thomas scored 50 points, going 14-for-16 from beyond the arc.

In the Summer League quarterfinals, Thomas scored 17, going 3-for-4 from deep. In the semifinals, he was 6-for-7 and scored 20 points.

It’s not likely Thomas will play in Summer League this season, as he’s coming off surgery to remove a hematoma.

In high school, Thomas helped the Hilltoppers win a state title his junior year, scoring 30 points on 9-of-18 shooting. He was 4-for-7 from deep in that 55-38 win over Kaukauna back in March of 2012.

0
0   0
previous Lillard gets supermax deal, and NBA spending spree begins
next Analysis: Point guards are getting valued, and rightly so
Related Posts