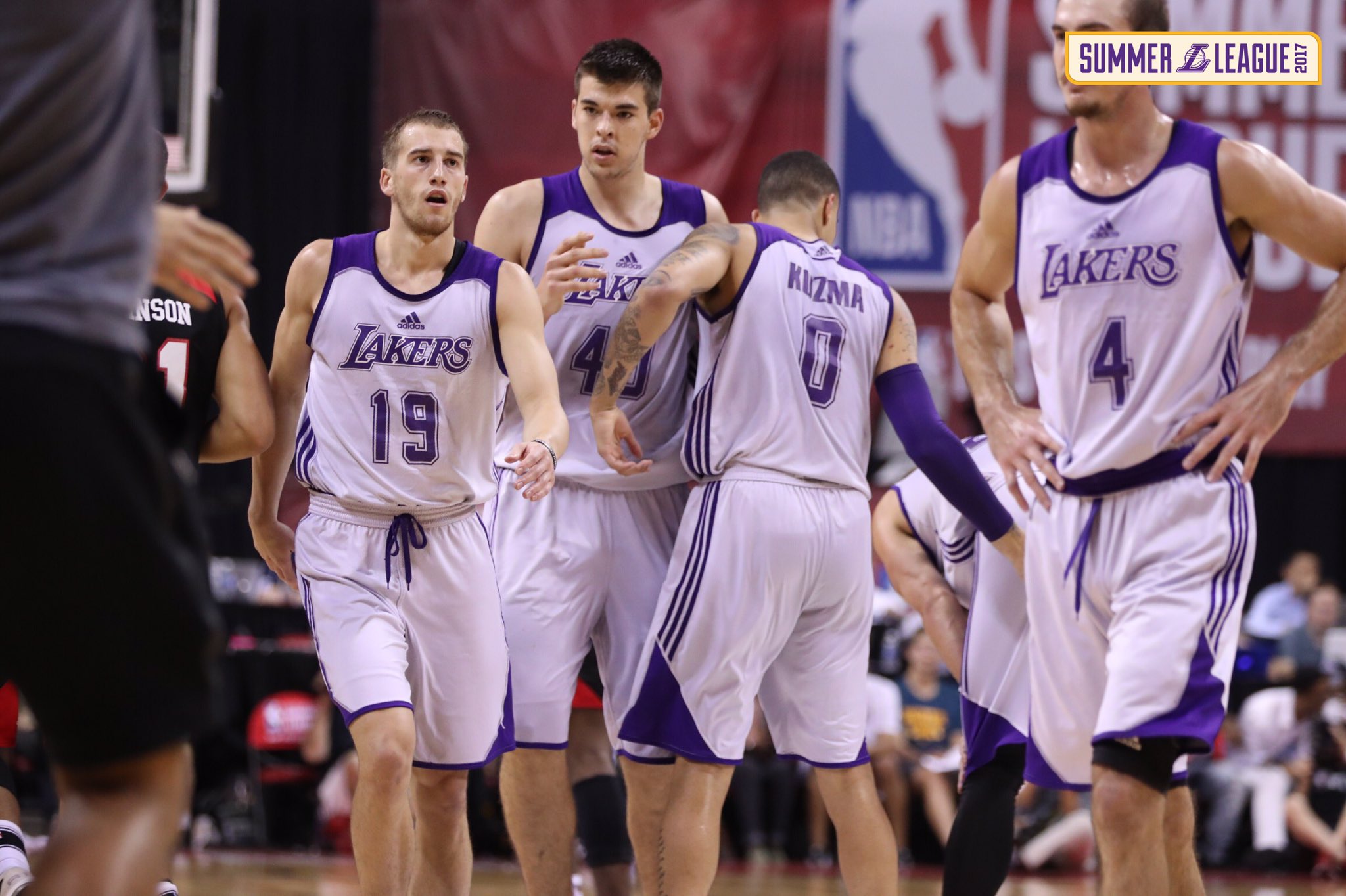 All the hype heading into the 2017-2018 season was for the Lakers number 2 overall pick Lonzo Ball. In the NBA Summer League 27th pick Kyle Kuzma also impressed. But it was UNDRAFTED rookie free-agent and Onalaska Hilltopper star Matt Thomas who stole the show with a dazzling shooting display in the Summer League Championship Game.

Matt didn’t jump right into the NBA after this amazing Summer League (which was a surprise), but he’s found a great home with the defending NBA Champion Toronto Raptors. In the Raptors game four sweep of the Brooklyn Nets in the first round of the 2020 NBA Playoffs, Matt played a playoff career high 25 minutes and scored 12 points going (5-6) from the field and (2-3) from downtown.