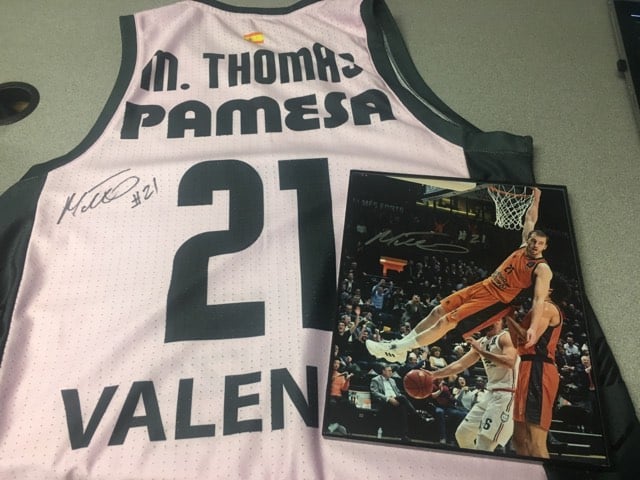 WKTY is auctioning off an autographed Matt Thomas jersey from his time with Valencia.

Thomas, who signed with the Toronto Raptors this offseason to a three-year, $4.2 million contract, donated the jersey and a photo.

The money raised will go to Chili Fest and DARE.

Thomas, who lit up the NBA’s Summer League two seasons ago with the L.A. Lakers, after graduating a four-year starter from Iowa State, went on to play overseas for two years.

The past two seasons, he played for Valencia, in the EuroCup and Liga ACB.