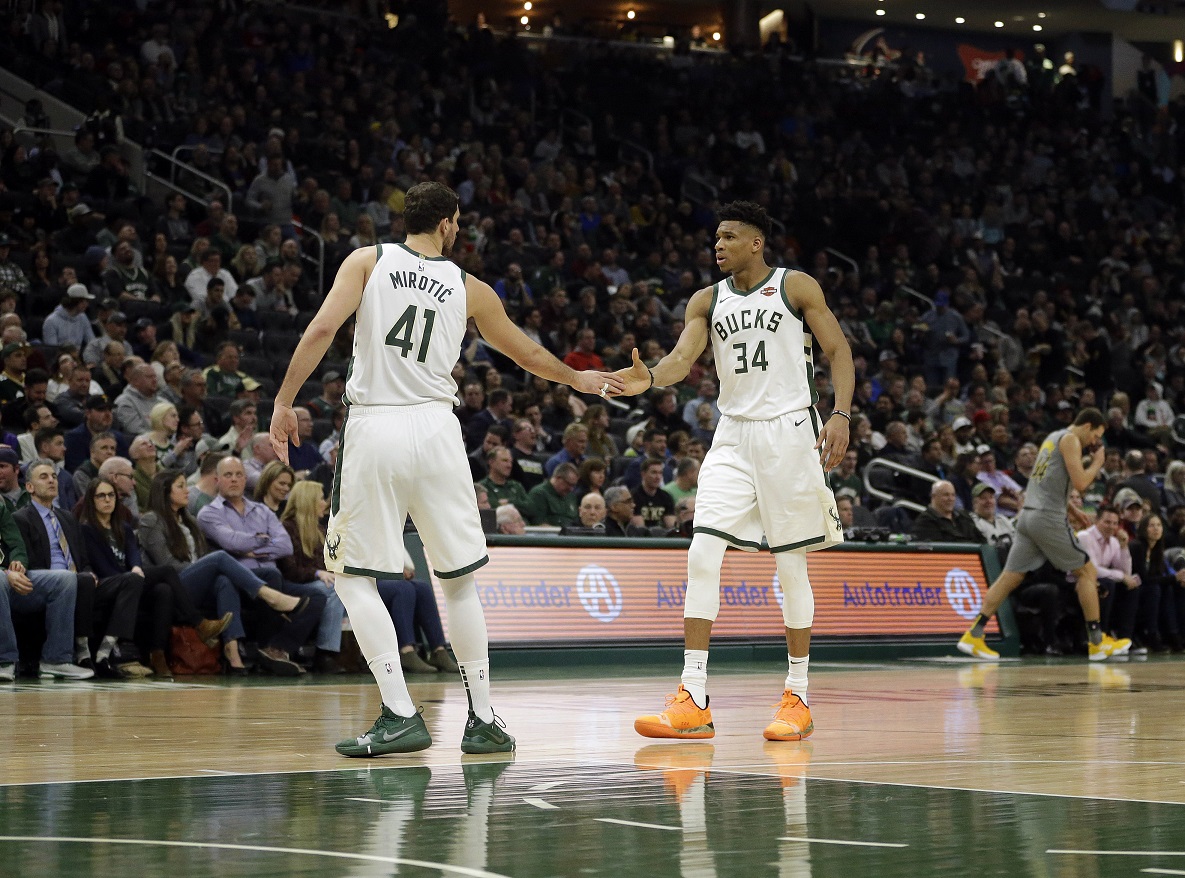 The dream season for the Milwaukee Bucks is starting to become a little bit of a nightmare.

Over the weekend, the team with the best record in the NBA learned it would be without point guard Malcolm Brogdon indefinitely because of plantar fascia tear in his right foot.

Today, the team announced forward Nikola Mirotic has a sprain and fractured left thumb, as the Bucks are at the Cleveland Cavs tonight, which will be aired on WKTY 96.7 FM / 580 AM. Also, Giannis Antetokounmpo (ankle) is questionable. The 24-year-old forward missed Wednesday’s game against the L.A. Lakers, as did LeBron James.

The 6-foot-10 Mirotic is expected to miss two-to-four weeks.

Before the Bucks acquired Mirotic, the 28-year-old missed several games due to multiple setbacks, including a 12-game absence with an ankle injury and an 11-game sideline stint because of a calf strain. He will be an unrestricted free agent this offseason.

Milwaukee acquired Mirotic from the New Orleans Pelicans in a three-team deal ahead of the trade deadline. He’s averaging 11.6 points and 5.4 rebounds in 14 appearances since the trade.

As for Brogdon, the to-be restricted free agent is having a career year. He’s the only player in the NBA in the 50-40-90 club — shooting over 50 percent from the field, 40 from 3 and 90 from the free-throw line.

Before that, the only players to accomplish the feat are Kevin Durant, Steve Nash (four times), Dirk Nowitzki, Reggie Miller, Mark Price and Larry Bird (twice).

Brogdon could be out at least the first round of the playoffs, if not more.