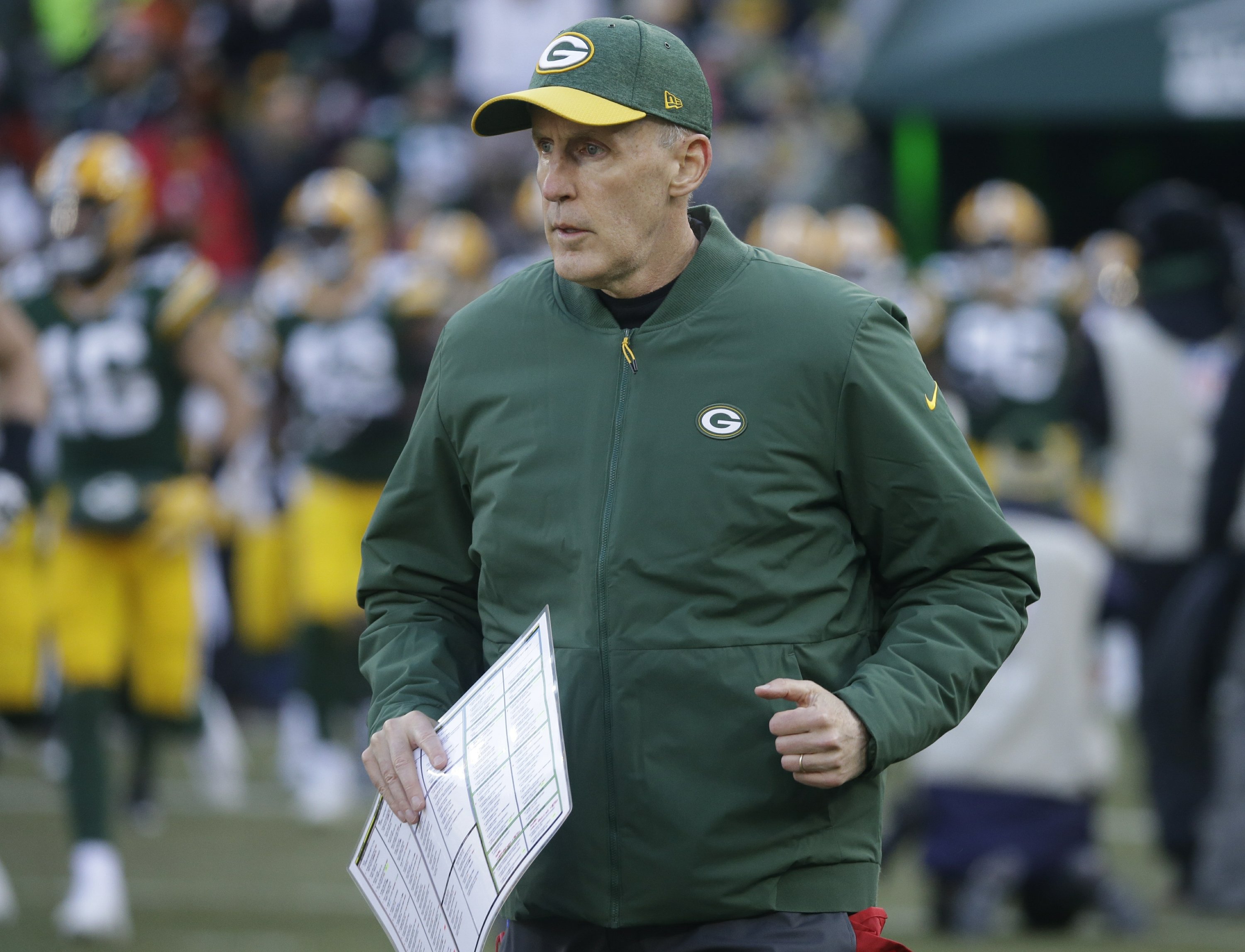 Now, the self-effacing, self-deprecating Philbin wants to keep the momentum going from Sunday’s win over the Atlanta Falcons to keep alive Green Bay’s slim playoff hopes. At the least, there are positive vibes in the locker room as the Packers begin preparing for NFC North-leading Chicago next week.

Philbin and many of his players watched the Bears defense throttle the Los Angeles Rams’ juggernaut offense during a 15-6 victory on Sunday night. He said that carrying forward the renewed energy while playing for a new coach that was evident from the 34-20 victory over the Falcons will be a challenge going forward.

“I imagine a lot of those guys were watching the game. Intelligent men that they are, (they know) we’re going to have to play an awfully good football game on Sunday at noon in Chicago,” Philbin said Monday.

It has been a week since the offensive coordinator replaced the fired Mike McCarthy.

Philbin said that he doesn’t plan to install his own tweaks to the team’s schedule. The Packers have kept a relatively similar preparation routine.

That steady approach was a hit with Philbin’s players, most of whom had not been on the team during his previous stint in Green Bay (2003-2011).

There were rave reviews from many players, including quarterback Aaron Rodgers, one of the few holdovers from Philbin’s first tour; and receiver Davante Adams, who hadn’t played for Philbin before he returned this year as coordinator.

“Everybody just bought in. You could feel it around the locker room, you can feel it in plays. Everybody bought in to what Joe has given us,” said cornerback Bashaud Breeland, who signed with the team midseason and barely knew Philbin before he became the interim coach.

Breeland returned an interception 22 yards for a touchdown in the second quarter to give the Packers a 17-7 lead, a turning point early in the game.

“He took control the first day he stepped in. It was a glorious moment for him to step in and get this win,” Breeland said.

Philbin didn’t get off to a smooth start on Sunday.

He challenged back-to-back sideline catches by Falcons wide receiver Julio Jones in the span of 19 seconds early in the game, losing both reviews. It left him without a replay challenge for the final 57 minutes of the game.

Philbin was still convinced on Monday that the first call should have been overturned. But he said that he shouldn’t have thrown the challenge flag on the second.

“I did establish an NFL record, myself, yesterday,” Philbin deadpanned. “That’s forever in the books.”

Kidding aside, Rodgers, who has been close with Philbin since his rookie season of 2005, praised Philbin for his even-handed approach during a tumultuous week.

“He was in a tough situation this week with the change and trying to get the right messages across to get guys motivated at a time where (the team was 4-7-1) and most people expect us to maybe throw in the towel,” Rodgers said.

“And guys didn’t. Guys responded. I’m proud of them … but Joe deserves a lot of credit for the vision he set forth this week.”

Now, it’s back to work, with the daunting challenge of the Bears (9-4) up next as the Packers try to get their first victory on the road after an 0-6 start.

“We haven’t had the type of success on the road that we need to have as a football team,” Philbin said “That’s really all we’re focused on right now.”