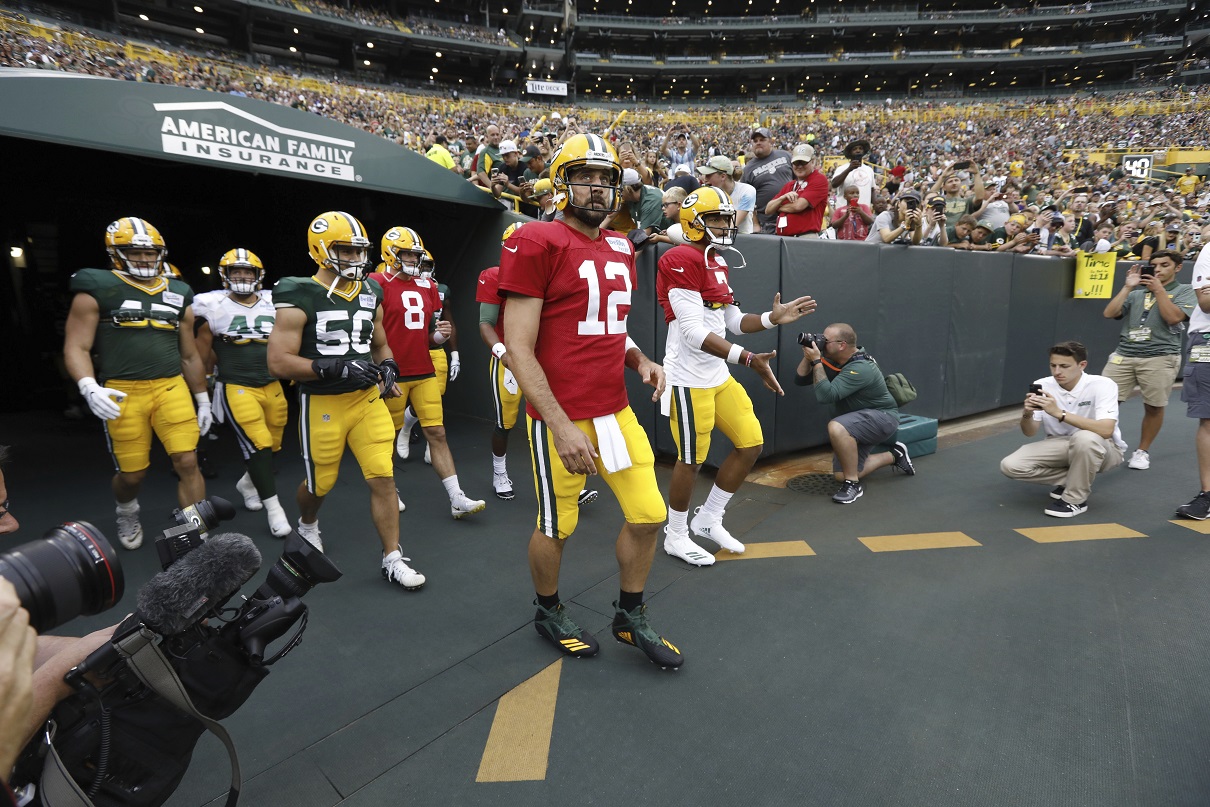 Bakhtiari walked to the cart with his left shoe removed.

“I don’t have enough information to answer that,” coach Mike McCarthy said about the severity of the injury. “I know it’s his ankle but that’s all I know.”

Bakhtiari was named a second-team All-Pro each of the last two seasons, the first Packers offensive tackle to earn back-to-back All-Pro accolades since Hall of Famer Forrest Gregg.

“I think he said he got his foot caught underneath him,” left guard Lane Taylor said. “Not 100 percent sure, but I’m sure he’ll be fine.”

The Packers have been getting through training camp without one of their starting offensive tackles. Right tackle Bryan Bulaga practiced on Friday for the first time since suffering a torn right ACL against Detroit on Nov. 6 but did not practice on Saturday as the team brings him along slowly.

Without Bakhtiari and Bulaga, Kyle Murphy played left tackle and Jason Spriggs played right tackle for the two-minute drill that ended the night.

“Just got to be ready to take reps whenever,” Murphy said. “Yeah, Dave got nicked up a little bit but probably not too bad, tough guy. It’s always next man up.”

Depending on the severity of Bakhtiari’s injury, it could further delay the creation of continuity up front. Last season, the Packers churned through 11 different starting offensive line combinations.

“The sooner we can get the five we think are going to be the first five kind of starting to get a chance to jell together, the better,” quarterback Aaron Rodgers said on Friday.

With 64,702 in attendance, 10 players did not practice for the Packers, including receiver Randall Cobb (ankle) and defensive tackle Mike Daniels (quad).

0
0   0
previous Rodgers gets Packers up to speed in practice vs. new defense
next Listen to how Jerry Kramer negotiated his contract 60 years ago
Related Posts