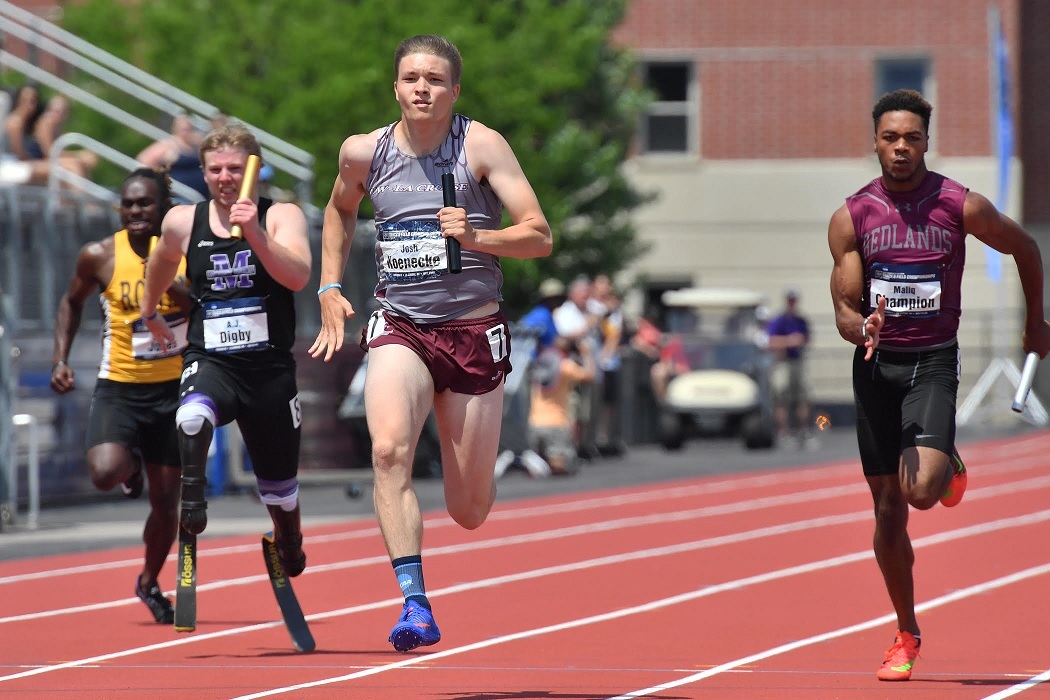 No team was faster in the national championships Thursday in the 400-meter relay than the University of Wisconsin-La Crosse.

Winters failed to advance after the 200 preliminaries.

After five events in the decathlon, UW-L’s Noah Meeteer is in 11th place with 3,317 points. Events on Thursday included the 100, long jump, shot put, high jump and 400.

Meeteer will complete action in the heptathlon Friday, competing in the 110 hurdles, discus, pole vault, javelin and 1,500.

Other’s competing in Friday’s preliminaries for UW-L including Winters in the 100, Michael Austin Bates in the 110 hurdle, Hinz in the 800. Daniel Graf will compete in the shot put finals.