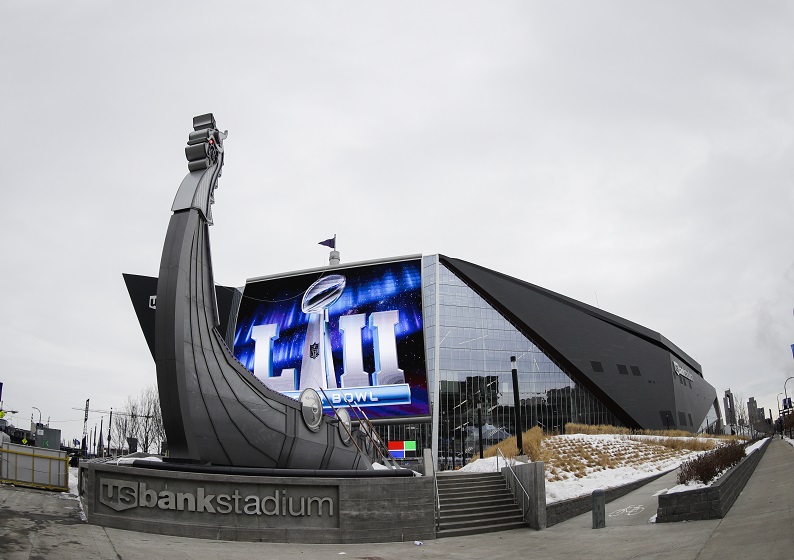 MINNEAPOLIS (AP) — A man who stole a seat from U.S. Bank Stadium after the Philadelphia Eagles beat the New England Patriots in the Super Bowl has agreed to pay for its replacement.

Stadium manager SMG says it plans no further action against the Eagles fan. That seat and two other damaged seats were replaced Tuesday, according to a release.

Video of the man with a purple seat in the stadium’s coat check generated more than 190,000 views on Facebook as of Wednesday afternoon. According to the Star Tribune, a traveler later snapped a photo of him at the Minneapolis-St. Paul International Airport, with the seat strapped to his carry-on suitcase.

Minnesota Sports Facilities Authority spokeswoman Jennifer Hathaway said the fan regrets his actions. The stadium keeps extra seats, so the estimated cost to replace it, including labor, is $125.

Hathaway said stadium officials don’t believe that removal of stadium seats is a widespread problem or that the man used any sort of tool.

“The fan was exuberant and excited and he pulled the chair out,” she said. “This is someone forcibly removing an item that isn’t supposed to be removed.”

The authority said its use agreement with the NFL stipulates that the league is responsible for any damage to the stadium.

0
0   0
previous Patriots' Butler denies off-field misconduct before benching
next Another surgery? Luck says, "Not an option for me."
Related Posts