Home NEWS COLLEGE BADGERS Should Alabama have gotten the nod over Ohio St.? 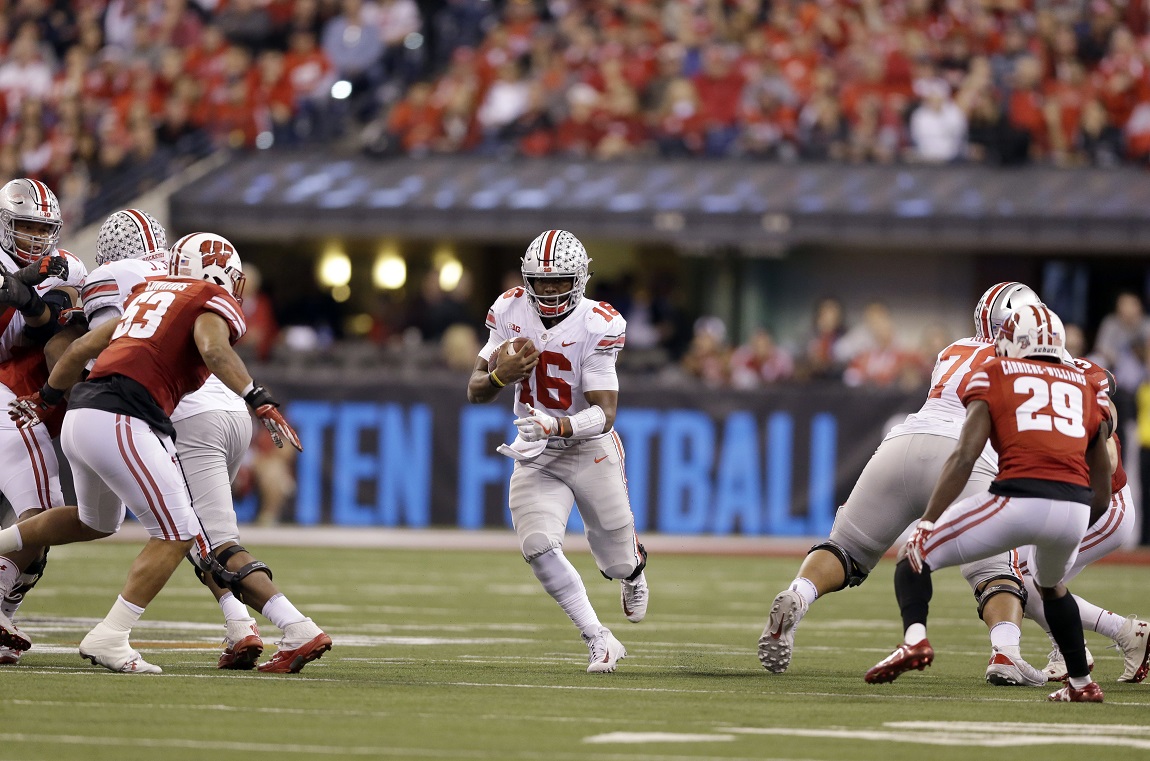 Should Alabama have gotten the nod over Ohio St.?

Should Alabama have gotten the nod over Ohio St.?

Back in January 2012, the day after Alabama beat LSU in the BCS championship game, the commissioners of the FBS conferences gathered in New Orleans to discuss the future of the college football postseason.

There had already been movement toward tearing up the unpopular Bowl Championship Series, but the all-Southeastern Conference championship game was the final blow. The College Football Playoff was created soon after.

On Sunday, the field for the fourth College Football Playoff was set and for the first time two teams from the same conference made it. Alabama (11-1) will face Clemson (12-1) in the Sugar Bowl and fellow SEC member Georgia (12-1) will play Oklahoma (12-1) in the Rose Bowl.

Another all-SEC championship game could be on the horizon, and for the second straight year the value of a conference championship was diminished. Unlike in 2012, though, the winds of change are not picking up — even with both the Big Ten and Pac-12 sitting out this playoff altogether.

“It doesn’t change my view that the present structure is best for college football,” Big Ten Commissioner Jim Delany said during an interview with ESPN. “I can be supportive of (the selection committee) and at the same time be disappointed and a little bit surprised.”

When Alabama got the nod for the fourth and final spot over Ohio State, the Big Ten was left out for the first time — and for the second time in four seasons the Pac-12 was shut out, too. When the conference commissioners were putting the playoff together, ensuring only conference champions would be included was considered. Eventually, the compromise was to craft a protocol that emphasized conference championships, but not make them mandatory.

“I don’t see anything that’s happened in the first four years in the work of the selection committee or the playoff that is inconsistent with how it was designed or what was possible,” Pac-12 Commissioner Larry Scott told the AP in a phone interview.

Tide or Buckeyes was the toughest call for the committee in the four-year history of the playoff.

“We walked into that room knowing we had a big task ahead of us,” said committee chairman Kirby Hocutt, the athletic director at Texas Tech.

The Tide had been more consistent and lost just once. The Buckeyes lost twice, including an embarrassing 31-point loss at unranked Iowa, but have the more impressive set of victories. Ohio State won the Big Ten while Alabama did not even win its SEC division.

The committee rolled with the Tide and stayed on the task of choosing the best teams, regardless of conference affiliation. For the second straight season a team that did not win its conference is in the playoff. Ohio State did it last year.

“Of course we all know at the end of the day what the narrative is going to be based on the identification of the those four very best teams because we’re all in this profession. This is our livelihood. We’re very familiar with it,” Hocutt said. “But does it impact our discussion in that room? And I can tell you very straight forward no.”

Ohio State was ranked fifth by the CFP, Wisconsin was sixth and Auburn was seventh. Southern California finished eighth, followed by Penn State and Miami. Washington was 11th and unbeaten UCF was 12th.

“Look at how healthy the system is,” Scott said. “From our perspective, of course we’d love a team in the playoff this year, but we’ve got amazing bowl games.”

Hocutt said the Iowa loss hurt Ohio State and the Buckeyes were not close enough to the Tide for the Big Ten championship result — a 27-21 win over previously unbeaten Wisconsin — to matter.

Alabama made it 4-for-4 in the playoff, the only team that has made them all. Coach Nick Saban said he trusted the committee would come to the right conclusion.

“I really do believe based on the total body of work that our team really deserved to be in,” Tide coach Nick Saban said in an ESPN interview.

For the third straight season, college football gets an Alabama-Clemson matchup in the playoff, though this time in the semifinals. The Tide beat the Tigers in a classic national championship game in Glendale, Arizona, two seasons ago. The teams played another thriller last season and Clemson took the title in Tampa, Florida.

Ohio State coach Urban Meyer said, “I sank in my chair at home, because I really thought we were in.” He noted his team had three wins “against the top 16 teams in America.”

Revenue distribution from the College Football Playoff is not heavily weighted toward the teams and conferences that reach the semifinals. The SEC, Big 12 and ACC will get $6 million for each playoff team and no additional money if its teams advance. The conferences get $4 million for each team in a New Year’s Six game.

Every year the commissioners meet to discuss the playoff and Scott said he doubts this year’s selections will change the agenda.

“My impression is,” Scott said, “that the commissioners are very pleased with how the playoff is working and the job of the committee.”

0
0   0
previous Aaron Rodgers returns to Green Bay Packers practice
next How fast is Packers' Dean Lowry? He says not that fast. Could have fooled TB
Related Posts