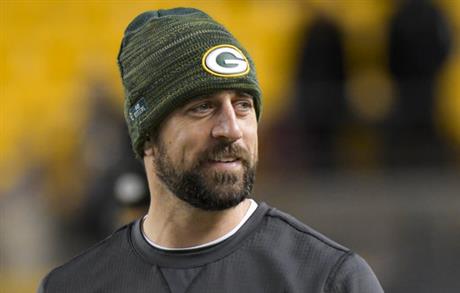 The two-time NFL MVP is on injured reserve and was designated to return by the Packers on Saturday. Rodgers wouldn’t be eligible to play at the earliest until Dec. 17 at Carolina.

But at least the Packers have their starting quarterback back at practice for the first time since he broke his right collarbone on Oct. 15 at Minnesota. He had surgery four days later.

The Packers have been cautious about a timeline for a potential return for Rodgers since he got hurt, warning that it could have ended his season.

But coach Mike McCarthy said Friday that Rodgers was on track for a trial return. Rodgers threw several passes of at least 50 yards before a loss to Pittsburgh last week.

The Packers are not available to media on Saturdays.

“Absolutely, I think it’s a big deal when you see your leader out there,” McCarthy said Friday. “The guys have been able to watch him work here the last couple weeks.”

The Packers (5-6) are 1-5 since Rodgers was hurt. They host the Tampa Bay Buccaneers on Sunday, a crucial game for their flickering playoff hopes.

0
0   0
previous No. 2 Viterbo falls in championship semifinals
next Should Alabama have gotten the nod over Ohio St.?
Related Posts