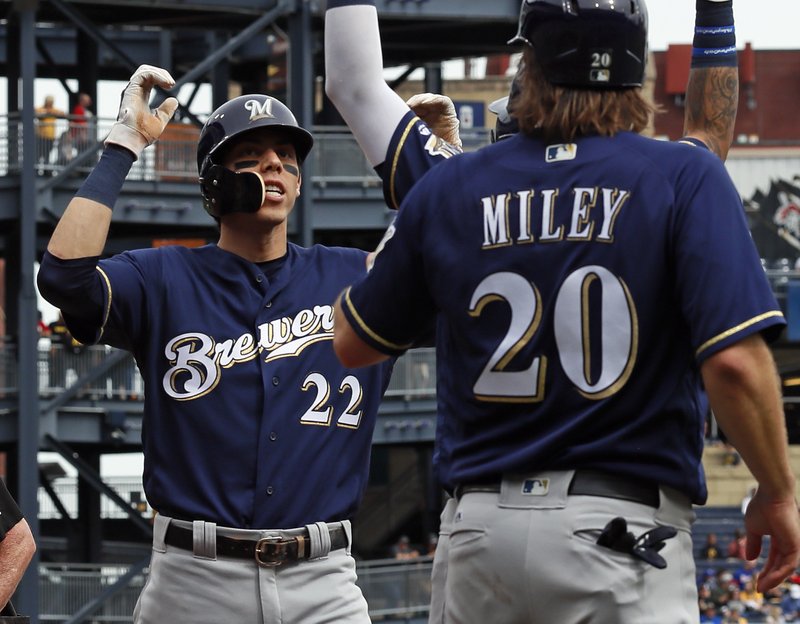 Miley feeling better as he agrees to 2nd stint with Brewers

Miley feeling better as he agrees to 2nd stint with Brewers

Wade Miley says he’s feeling healthy again and eager to match the success he had during his last stint with Milwaukee.

The 36-year-old left-hander went 5-2 with a 2.57 ERA in 16 starts with Milwaukee in 2018 as the Brewers won the NL Central title and reached Game 7 of the NL Championship Series before falling to the Los Angeles Dodgers. He had a 1.23 ERA in four postseason starts that year.

Now he’s back with the Brewers and attempting to fill a spot in a rotation anchored by 2021 Cy Young Award winner Corbin Burnes and Brandon Woodruff.

“I don’t know if it feels like 2018 all over again, but hopefully we can maybe spark some of that magic up and get on a good run again,” Miley said Monday in a videoconference meeting with reporters. “I know there’s definitely a pitching staff to do it with. You’ve got two of the best guys in baseball leading that group.”

The Brewers didn’t reveal terms of the deal, but a person familiar with the situation told The Associated Press that Miley agreed to a $4.5 million, one-year contract with an opportunity to make an additional $1.5 million in incentives. The contract also has a $10 million mutual option for 2024, according to the person, who spoke condition of anonymity because the contract had not been announced.

By picking up Miley and Bryse Wilson, acquired last week from the Pittsburgh Pirates, the Brewers have added the rotation depth they were seeking to build this offseason.

Milwaukee finished a game behind the Philadelphia Phillies in the race for the NL’s final wild-card spot in part because the Brewers struggled to replace injured starting pitchers. The Brewers went 13-22 last season in games that weren’t started by Burnes, Woodruff, Freddy Peralta, Adrian Houser or Eric Lauer.

“The addition of somebody like Wade Miley is just a nice, stabilizing presence for our staff. He’s a great guy to have around, and that kind of presence both in the clubhouse and on the field is something we value quite a bit,” Brewers president of baseball operations Matt Arnold said. “We saw last year in particular when we had a number of injuries, those really affected us.”

Miley missed the start of the 2022 season with left elbow inflammation and also was sidelined by a strained throwing shoulder. He ended up going 2-2 with a 3.16 ERA in nine appearances with the Chicago Cubs.

“It was definitely very frustrating, but I feel really good right now,” said Miley, who, when healthy, has been effective.

Arnold believes the Brewers now have plenty of options in their rotation — Burnes, Woodruff, Lauer, Houser, Peralta and Aaron Ashby each made at least 17 starts for the Brewers last season.

“It’s just having as many good arms as we can,” he said. “A lot of these guys are going to get starts throughout the course of the year.”