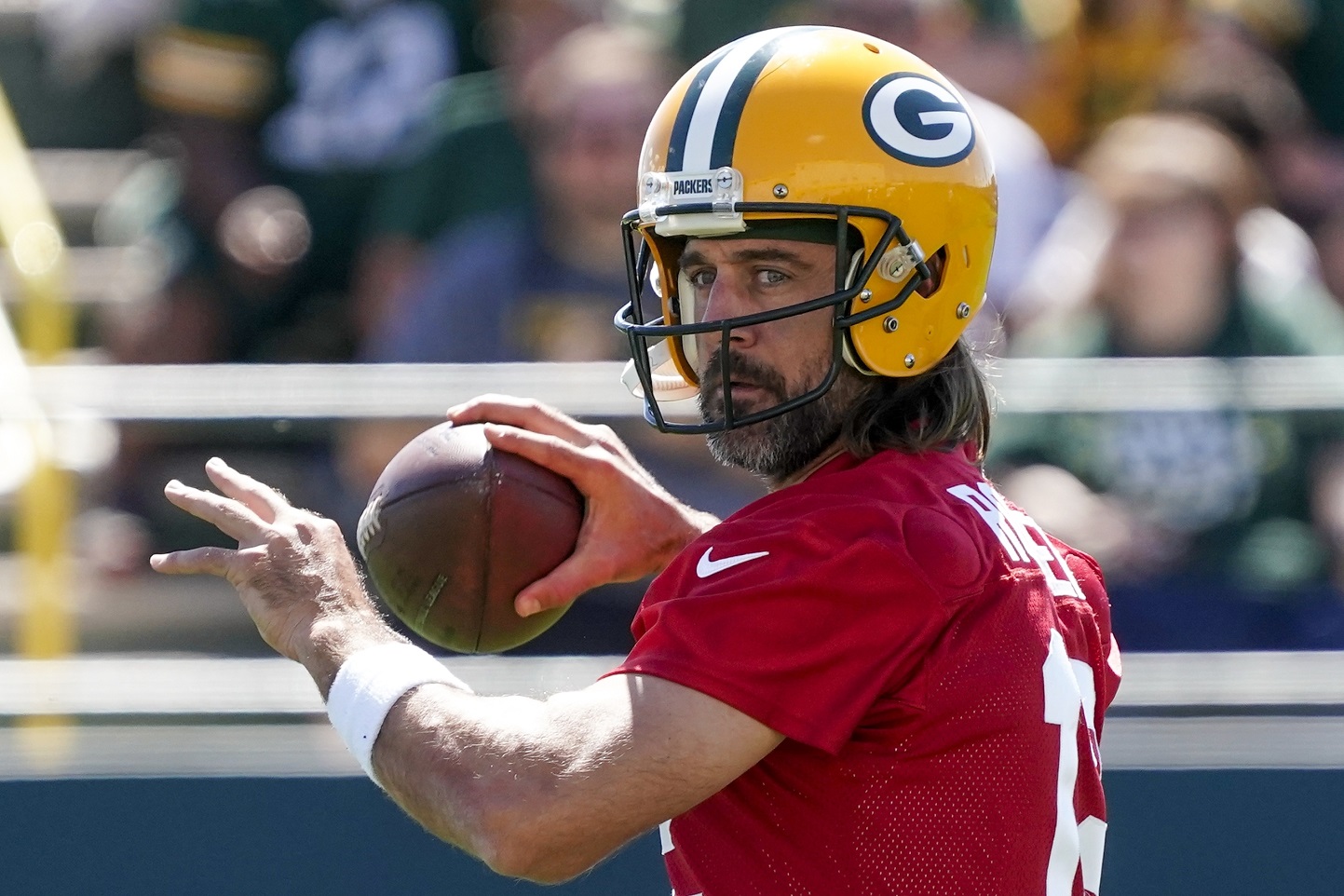 GREEN BAY, Wis. (AP) — As good as the Green Bay Packers defense looks thus far in training camp, the offense still has a way to go.

If it wasn’t already apparent by the end of the Packers’ first joint practice with the New Orleans Saints on Tuesday, reigning MVP quarterback Aaron Rodgers offered a reminder afterward.

“A lot of mental errors, a lot of pre-snap penalties,” Rodgers said. “Kind of been the theme of camp. Simple, simple plays we’re messing up.”

Both defenses were feeling good about themselves after the first of two days of joint practices between these teams, who will face off in a preseason game Friday.

Green Bay’s defense shut down a Saints offense that featured Andy Dalton and Ian Book at quarterback with Jameis Winston sidelined by a foot injury.

The Saints defense liked the way it performed as well.

“We felt like we had a good day,” Saints cornerback Marshon Lattimore said.

The Saints’ success on defense came in part because of all the penalties and mistakes made by the Packers offense.

At the start of training camp, Rodgers said the Packers’ offense might have some issues during the preseason as they adjust to the absence of two-time All-Pro receiver Davante Adams, now with the Las Vegas Raiders. The Packers shored up their receiving depth by drafting three wideouts.

Rodgers has praised each of the Packers’ young receivers the past few weeks. But as the start of the season draws closer, Rodgers noted it’s time for the miscues to stop.

“It’s unfortunately some of the same guys,” Rodgers said. “Repeat mistakes (are) a problem, so we’ve just got to clean those things up a little bit. The young guys, especially young receivers, we’ve got to be way more consistent. A lot of drops, a lot of bad route decisions, running the wrong route. We’ve got to get better in that area. But I felt like the line for the most part held up pretty good, which was good to see.”

One Packers receiver who did stand out was veteran free-agent signee Sammy Watkins, who caught a long Rodgers pass down the sideline. Rodgers was asked if he was noticing a pecking order among the receivers behind Allen Lazard, the team’s presumed No. 1 wideout.

“I mean there’s definitely some guys that you feel really good about,” Rodgers said. “Obviously I can play with Cobby (Randall Cobb) in my sleep. And when he’s healthy, he’s a premier slot receiver in the league. I feel, especially after today, better with Sammy. And then there’s a lot of opportunity after that.”

It’s worth noting this Saints defense dominated a Packers offense featuring both Rodgers and Adams last year in a season-opening 38-3 drubbing.

The Saints ranked fourth in the NFL in scoring defense last season. Lattimore, a four-time Pro Bowl selection, believes they can be at least as good this year.

“We’ve got everything we need to be a dominant defense,” Lattimore said.

Green Bay’s defense was feeling equally confident after a practice that showcased how far Packers cornerback Rasul Douglas has come in the past year.

Douglas noted that the Raiders cut him last year not long after he got in a fight during a joint practice. After having a breakthrough season with the Packers and signing a long-term contract, Douglas was trash-talking his way through another joint practice as Green Bay’s defense continually came up big.

The Packers and Saints didn’t conduct any one-on-one drills in an attempt to prevent the fights that often occur at these types of situations. Packers coach Matt LaFleur didn’t rule out the possibility they’d do one-on-one drills Wednesday.

While there was plenty of talking Tuesday, the two teams avoided any physical altercations.

“Anytime you get to compete against other players outside your team, I think it always kind of adds to the intensity, the competitive spirit,” Saints safety Tyrann Mathieu said. “There was a lot of it out there today.”

NOTES: Saints coach Dennis Allen said Winston remains day to day. “We’re going to make sure we give him every opportunity to get right,” Allen said. “I don’t think that’s going to be a long period of time, but yet we’re not going to put him back out there until we feel certain that he’s 100% ready.” … The Packers claimed tight end Nate Becker off waivers from the Carolina Panthers and released tight end Dominique Dafney, running back B.J. Baylor, linebacker Ellis Brooks, guard George Moore and linebacker Randy Ramsey. Dafney played a combined 15 regular-season games and three playoff games for the Packers from 2020-21. Ramsey played 12 games for the Packers in 2020 but spent all of last season on injured reserve.

0
0   0
previous NFL looks like old self entering 3rd season in COVID-19 era
next WATCH: Down 4-3 in bottom of 11th, Brewers Caratini the hero in win over MLB-best Dodgers
Related Posts