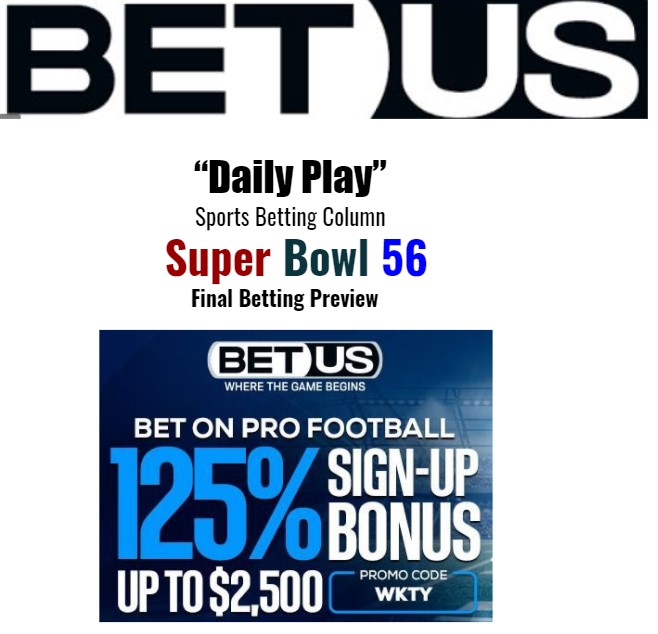 The Rams opened as 4-point favorites in Super Bowl 56 and Bengals vs Rams predictions have been fairly even with no early movement on that line. The total moved down to 48.5 points shortly after opening at 49.5 points. Los Angeles is 5-1-1 ATS in its last seven games against Cincinnati.

Los Angeles has a great shot to win as a Rams vs Bengals prediction on Super Bowl Sunday, but covering the spread will require a break from the team’s recent trend toward closely contested games. The Rams are 2-3 ATS over their recent 4-1 SU run with four of the five games over that stretch being decided by three points or less.

Cincinnati has already proven it can hang with elite teams, having earned two wins over Kansas City and a victory over Tennessee during its current 6-1 SU run. Even if the Bengals don’t win outright, a Rams vs Bengals prediction on Cincinnati seems quite reasonable getting four points in a contest between two teams that have both consistently played in close games in recent weeks.

The Rams have a better offense than the Titans and a better defense than the Chiefs. This is arguably the most complete team that Cincinnati has faced this postseason. Los Angeles also has the luxury of playing in its own stadium this year and has valuable experience to lean on from its last Super Bowl appearance. All of these factors could culminate in Los Angeles being the winning Rams vs Bengals pick at Super Bowl 56.