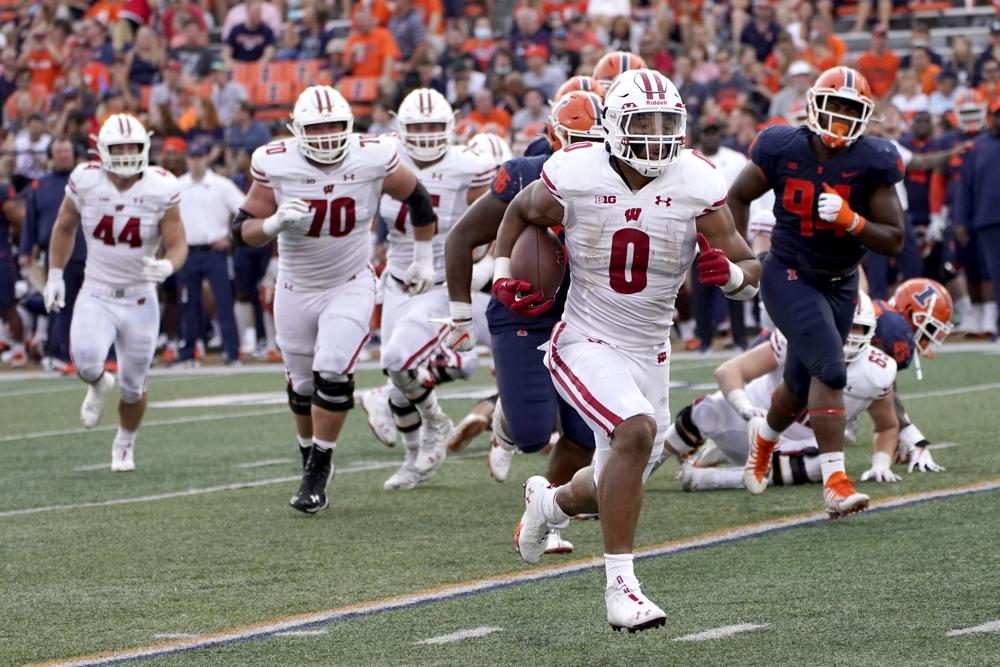 Despite losing RB Mellusi to season-ending knee injury, No. 20 Wisconsin seeks to stay hot as it hosts Northwestern

Despite losing RB Mellusi to season-ending knee injury, No. 20 Wisconsin seeks to stay hot as it hosts Northwestern

Line: Wisconsin by 24 ½, according to FanDuel Sportsbook

Wisconsin is seeking to win its sixth straight and maintain at least a share of first place in the Big Ten West Division. The Badgers are tied for the division lead with Minnesota, No. 19 Iowa and Purdue. Northwestern is attempting to beat Wisconsin for the third time in four years.

Wisconsin running back Chez Mellusi will miss the rest of the season with an injured left knee, leaving the 20th-ranked Badgers without their leading rusher. Mellusi, a Clemson transfer, suffered the injury in the third quarter of Wisconsin’s 52-3 victory at Rutgers on Saturday.

Mellusi had rushed for 815 yards this season to rank fifth in the Big Ten. He had 173 carries to rank second in the Big Ten and 13th among all Football Bowl Subdivision players.

Northwestern: QB Andrew Marty. Marty made his second career start and first this season against Iowa after replacing Ryan Hilinski during a blowout loss to Minnesota the previous week. The senior completed 25 of 44 passes for 270 yards and a touchdown, though he was also intercepted three times.

Wisconsin: RB Braelon Allen has rushed for over 100 yards in each of his last five games and has run for a total of 612 yards during that stretch. Before Wisconsin’s five-game winning streak, Allen had totaled just 12 carries in the Badgers’ first four games.

TOP PHOTO: FILE – Wisconsin running back Braelon Allen heads for the end zone for a touchdown during the second half of an NCAA college football game against Illinois on Saturday, Oct. 9, 2021, in Champaign, Ill. (AP Photo/Charles Rex Arbogast)