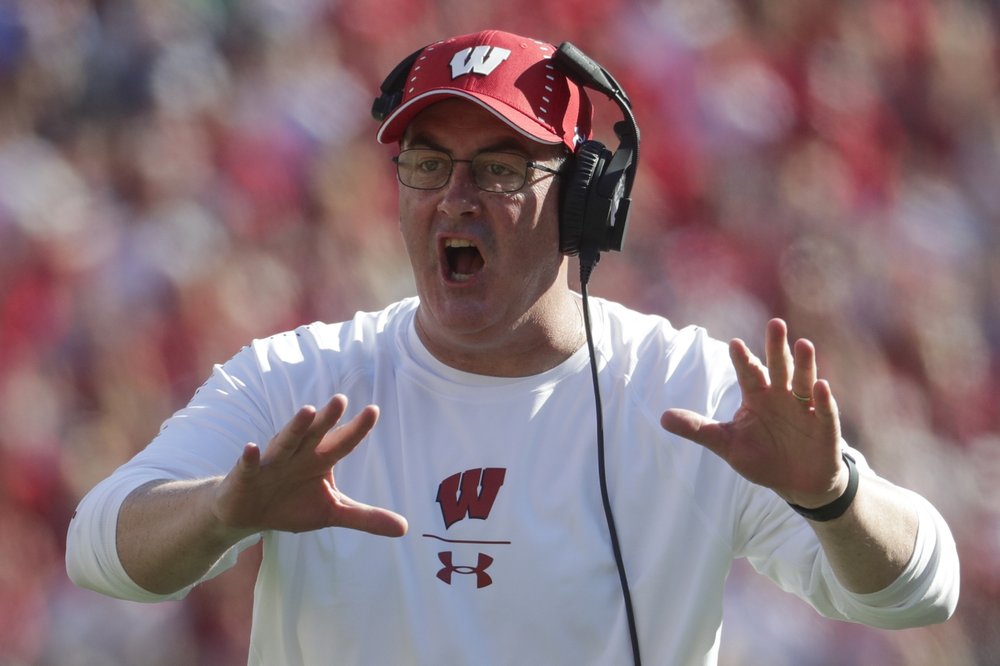 Big Ten coaches have a balancing act with redshirting rule

Big Ten coaches have a balancing act with redshirting rule

ANN ARBOR, Mich. (AP) — Jim Harbaugh has a lot on his plate at Michigan, leading college football’s winningest team that is desperately seeking another level of success.

Harbaugh has to delegate a lot, as all coaches do, but he personally handles how the program uses the four-game redshirt rule for each player potentially eligible to get another season.

“I manage that,” Harbaugh said. “Track each player’s amount of games.”

College football players are allowed to compete in up to four games and still qualify for a redshirt season, maintaining four years of eligibility under NCAA legislation in place since 2018. Before that year, being on the field for a snap in one game could cost a player an entire year of eligibility.

Three years ago, Minnesota coach PJ Fleck said it was the greatest NCAA rule in two decades. But like a lot of things during the pandemic, decisions on redshirts have become more complex this season due to a slew of variables.

For the first time this season, the NCAA is giving football players the freedom to transfer once and be immediately eligible to play. That game-changing rule, coupled with the free year of eligibility players were given in 2020 due to COVID-19, has complicated redshirting.

There are also other factors to consider. Players may leave school early for the NFL and the NCAA may potentially let schools have more than 25 scholarships for incoming football recruits each year.

Fleck said there will be teams that lose about half their roster in a year, changing the way coaches manage redshirting.

“We want to play these guys in four,” Fleck said. “But the roster management part of that — of who’s leaving, who’s staying and the fluidity of that — is very different this year than it normally has been. I think it’s harder to do that than it’s ever been. But if we’ve got guys who can play, we’re going to play ’em.”

Ultimately, that’s the case with every coach in college football.

Players in any class can be redshirted and injuries can lead to getting an extra season of eligibility, but the four-game rule mostly applies to first-year players. And if a freshman can earn a spot on the two-deep roster and help the team win — and improve job security for coaches — he will play more than four games.

If not, coaches aim to map out a plan to get third- and fourth-string players experience in up to four games.

“If somebody is not in that two-deep, ideally you’d like to get them some action early,” Harbaugh said. “Get them some experience and see if there’s somebody who’s going to work their way into the two-deep.”

Michigan State’s Mel Tucker found that someone in 2018, his final season as Georgia’s defensive coordinator. The Bulldogs planned to redshirt defensive lineman Jordan Davis that year as a freshman, putting him on the field in just two of their first four games.

“He started off on our scout team and he was giving our huge offensive line some problems,” Tucker recalled. “He ended up playing a key role for a team that played for the SEC championship.”

Nebraska coach Scott Frost might have his redshirt management tested with true freshman Teddy Prochazka. He is listed as the No. 3 left offensive tackle, was on the travel roster for the opener at Illinois, played 29 snaps against Fordham and eight against Buffalo.

Frost said coaches are in conversations about the 6-foot-9, 305-pound Prochazka getting more playing time.

But most kids want to play and if they are going to get significant time they want to play. If it is going to be a play here or there it is probably not smart to use up the year.”