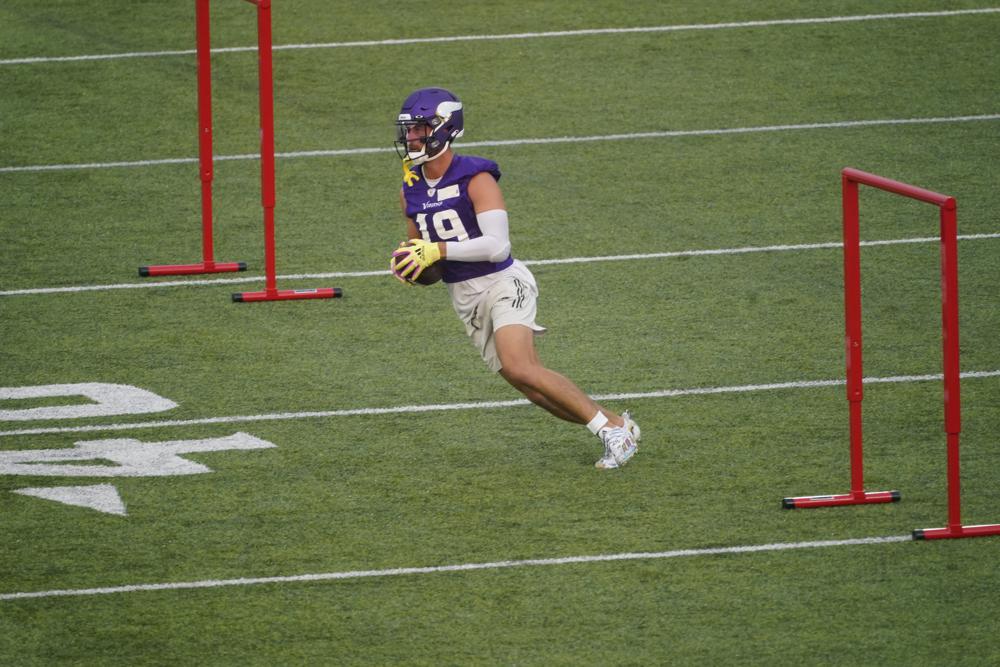 MINNEAPOLIS (AP) — The absence of Minnesota Vikings quarterback Kirk Cousins from practice this week due to COVID-19 protocols and coach Mike Zimmer’s deep frustration with his unvaccinated players has created unexpected tension early in training camp.

The Vikings have continued to express confidence in their team chemistry to tamp down any potential internal rifts over the polarizing issue, but they could be in for a lot of work on that front this season.

According to a person with knowledge of the NFL data, the Vikings were carrying the league’s lowest vaccination rate Tuesday with 70% of their roster having received at least one dose and 64.5% fully vaccinated. The person spoke to The Associated Press on condition of anonymity because the NFL is not publicizing team-by-team rates.

The league announced on Tuesday that it hit the 90% mark of players who have at least one shot, with nine teams above 95% and 27 teams above 85% percent.

Those rates leave the Vikings well behind.

“We’re very concerned,” owner and president Mark Wilf said Tuesday. “I think it’s safe to say that our No. 1 priority is the health and safety of our players, our coaches, our staff and, ultimately, the entire community.”

The NFL’s chief medical officer, Dr. Allen Sills, made the rounds this summer and visited Vikings headquarters during minicamp in June to provide information and address concerns on the vaccine.

Cousins even complimented the team earlier this summer for being “on top of it,” as far as the overall effort to educate about the vaccine and protect from the virus spread.

“Just really making sure that everyone has the full facts, that there’s not any misinformation about this and to understand all the ramifications of these decisions,” Wilf said.

From ownership on down, the organization has been pushing hard not only to improve the team’s lagging vaccination rate but communicate as a public service to the general population the benefit, safety and urgency of getting the shots.

The team typically avoids controversy on social media, but the Vikings sent a video clip of one of Zimmer’s zingers — “We could put this thing to bed if we’d all do this, but it is what it is” — to the 1.3 million followers on their Twitter account.

Cousins, who was dismissive on COVID-19 infections on a podcast last year and later apologized, missed his fourth straight day of team activity under NFL protocols as a high-risk close contact of an infected person. Rookie QB Kellen Mond tested positive.

“I think we’re all very respectful of one another’s decisions. There’s never been any kind of division or conflicts,” linebacker Anthony Barr said. “It’s your choice to make and you live with the results.”

Losing the starting quarterback for even one game during regular season can be a significant setback, one of several reasons Zimmer has been so irritated by the situation.

Cousins, Mond and Nate Stanley remain on the COVID-19 reserve list. Jake Browning, who has been vaccinated, is the only quarterback from the original training camp roster who has continued to practice this week.

Cousins is in the spotlight because of his stature, but he’s obviously not alone. Wide receiver Adam Thielen and safety Harrison Smith are two other stars who had not been vaccinated when asked by reporters about their status last month. They cited personal choice but did not elaborate.

Barr said he believes the players respect Zimmer for expressing his frustration.

“He’s worried about the team, making sure everybody is available at all times,” the eighth-year pro said. “I think that’s what he’s preaching. His first thought and concern is with the team.”