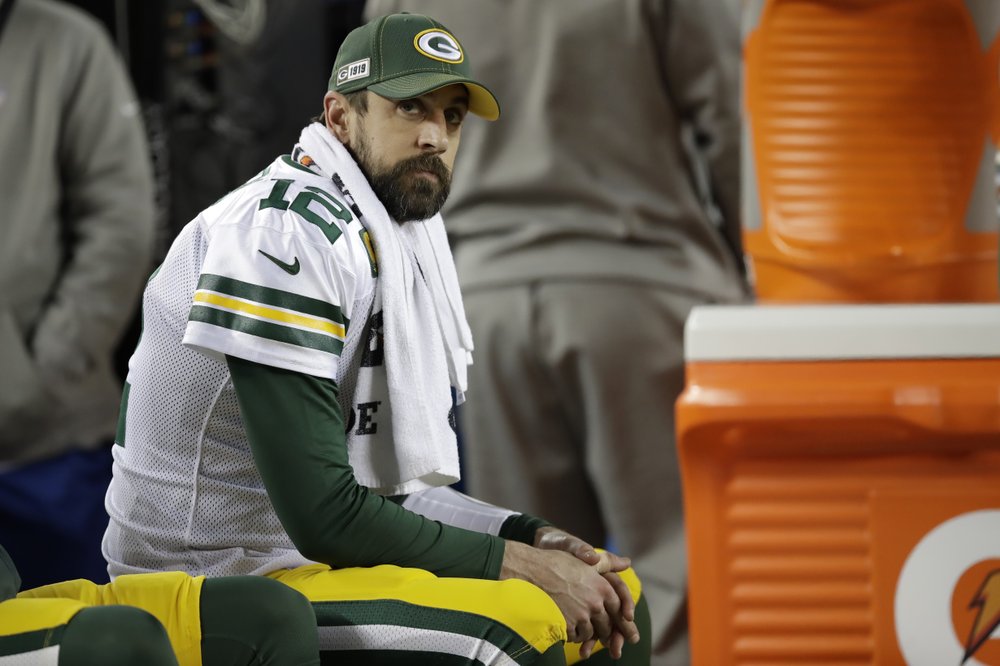 GREEN BAY, Wis. (AP) — Green Bay Packers president/CEO Mark Murphy remains hopeful quarterback Aaron Rodgers the three-time MVP will play for them this season, but says he doesn’t know whether Rodgers will arrive for the start of training camp.

“We’ve been in constant communication,” Murphy said Monday after the NFL’s only publicly owned team held its annual shareholders meeting. “It’s been obviously months. I’m hopeful that we can have it all resolved.”

Murphy’s comments followed an NFL Network report that Rodgers has indicated to people close to him he does plan to play for the Packers this season. ESPN later reported that Rodgers and the Packers were close to an agreement that would include voiding the 2023 season from his contract.

The Packers hold their first training camp workout Wednesday. Murphy said there’s no scenario under which the Packers would trade Rodgers.

Rodgers didn’t participate in organized team activities this spring – a change from his usual offseason routine – and skipped the Packers’ mandatory minicamp. Under the NFL’s collective bargaining agreement, Rodgers would be subject to a $50,000 fine for each day he holds out during training camp.

Rodgers’ future with the Packers has been arguably the NFL’s biggest offseason story since ESPN reported i n the hours leading up to the draft that the reigning MVP didn’t want to return to Green Bay.

“We want him back,” Murphy told the 3,900 shareholders who gathered at Lambeau Field. “We’re committed to him for 2021 and beyond. He’s our leader. We’re looking forward to winning another Super Bowl with him.”

“We have been working tirelessly with Aaron and his representation to resolve the issues he has raised this offseason and are hopeful for a positive resolution,” Gutekunst said.

At one point during the meeting, after Murphy praised Gutekunst, nearly all the shareholders applauded, but one fan yelled, “I’ve never seen him throw a touchdown.” But that comment was a rare exception in a peaceful two-hour meeting.

Murphy said he was pleasantly surprised at the reception and added that he did hear one person say, “Put your ego aside, Murphy.”

He said that he understood fans’ frustrations over the standoff.

“I think it’s kind of a pox on both houses, us and Aaron,” Murphy said.

The speculation about Rodgers’ long-term future with the Packers began after they traded up four spots in last year’s draft to take Utah State quarterback Jordan Love with the 26th overall pick. Gutekunst didn’t notify Rodgers about the move beforehand and has since acknowledged he could have done a better job communicating.

Rodgers said last summer the decision to draft Love complicated his hopes of spending his entire career in Green Bay. Even as he was putting together a stellar 2020 season, Rodgers referred to his future as a “beautiful mystery.”

Ever since ESPN initially reported his disenchantment with the Packers, Rodgers hasn’t spoken much about his situation. His longest comments came in an ESPN interview in late May.

“With my situation, look it’s never been about the draft pick, picking Jordan,” Rodgers said at the time. “I love Jordan. He’s a great kid, a lot of fun to work together. Love the coaching staff, love my teammates, love the fan base in Green Bay. An incredible 16 years.

“It’s just kind of about a philosophy and maybe forgetting that it is about the people that make the thing go. It’s about character, it’s about culture, it’s about doing things the right way.”

Rodgers did make a cryptic social media post recently. He and Packers All-Pro receiver Davante Adams, whose contract is set to expire at the end of the upcoming season, each posted on Instagram last weekend a picture of former Chicago Bulls stars Michael Jordan and Scottie Pippen. The 2020 ESPN documentary “The Last Dance” focused on how Jordan and Pippen won the 1997-98 NBA title in their last season with the Bulls.

Murphy was asked after the shareholders meeting what he thought of those Instagram posts.

“I think they’re just having fun,” Murphy said. “I hope Aaron can win as many rings as Michael. That would be a heck of an end to his career.”

NOTES: The Packers reported $409.8 million in expenses and $371.1 million in revenues during the past fiscal year. That’s the first time since 2000 the team spent more money than it brought in. Revenues fell nearly 27% because of the lack of spectators due to the pandemic. … Murphy declined to say what percentage of Packers players were vaccinated but noted that “we have a ways to go.”