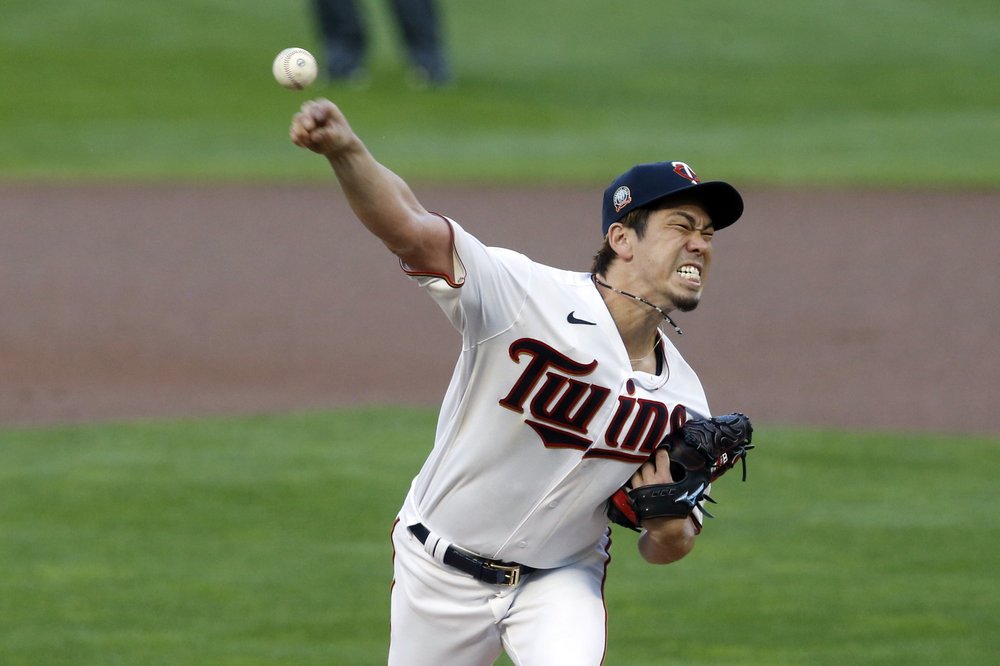 MINNEAPOLIS (AP) — The trade that sent Kenta Maeda to the Minnesota Twins last year gave the right-hander a dose of excitement from the elimination of doubt about whether he would be a full-time starter.

The assignment the Twins handed Maeda this season to take the mound on the opening day gave him just as much of a thrill. He’ll pitch Thursday at Milwaukee.

“It’s an honorable thing, regardless of where I am or which team I play for,” Maeda said Wednesday through a team interpreter. “I’ve never even dreamed of being an opening-day starter in the major leagues, and since coming from overseas, I realized how high-level the game is played here, especially the starting pitchers. I’ve witnessed many pitchers that are, I guess, better than me. So just to have the ball handed to me for this special day means a lot.”

After finishing second in the AL Cy Young Award voting in 2020, Maeda was being quite humble about his stature in the sport. The pitching-rich Los Angeles Dodgers, once they reached the playoffs, mostly used him out of the bullpen. They were cautious about his innings total, too, after some concerns about his elbow that turned up at the time of his signing in 2016 following his transfer from the Hiroshima Carp in Japan’s top league.

Turned loose by the Twins last year during the pandemic-shortened season, Maeda made 11 starts and posted a 2.70 ERA with a .168 opponent batting average, both by far career bests.

“Kenta is in the category of someone who is truly dedicated to his craft. He’s not just prepared for his starts, he’s prepared every day when he shows up to the ballpark,” manager Rocco Baldelli said.

Maeda, who turns 33 on April 11, ramped up his weightlifting regimen over the winter — to “defeat age,” he told Baldelli — and refined his enviable changeup while sharpening his curveball.

“He’s as good an off-speed pitcher as there is in this league right now,” Brewers manager Craig Counsell said.

The Twins have thoroughly enjoyed Maeda’s presence beyond the top of their rotation. Personalities can be quickly lost in transition, but his gregarious, gentle and slightly mischievous demeanor has become clear throughout the clubhouse. Asked on a video conference call with reporters about his curveball usage, Maeda quipped with a smile, “I guess you could put a word out there that I’ll be mixing it in with a rate of 60%. If you could just let everyone know, that’ll be good data for the hitters to know. But I’m not telling the truth.”

With his own YouTube channel with more than 337,000 subscribers and frequent appearances in his home country on game shows and talk shows, Maeda has become quite the curiosity to his Twins teammates. Some seek advice on where to find the best Japanese cuisine in road cities.

The latest episode will launch Thursday in Milwaukee.

“It’s a tough day to perform your best, not just as a pitcher but for players and everyone else on board,” Maeda said. “It’s a special day, so it just makes it all that much more tough, especially because it’s the first one of the year. But I think I just have to be myself on the mound, and that will push me forward to pitch well.”