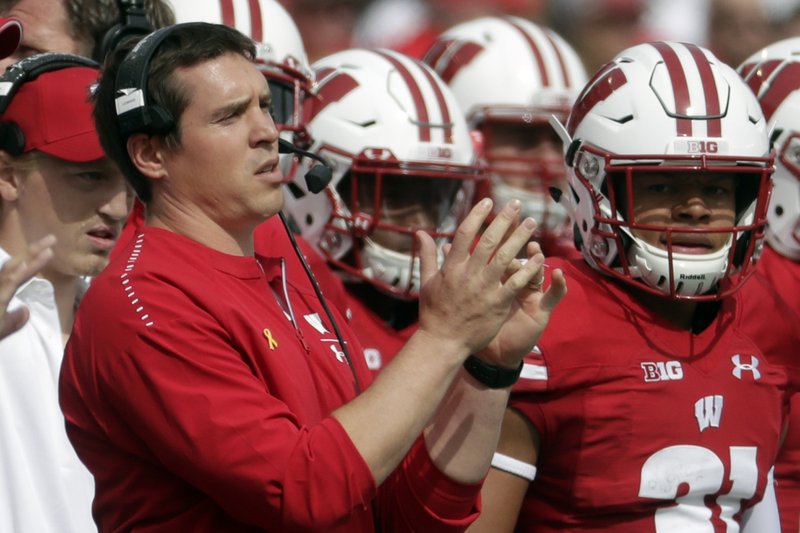 Leonhard says he has ‘unfinished business’ at Wisconsin

Leonhard says he has ‘unfinished business’ at Wisconsin

MADISON, Wis. (AP) — Wisconsin defensive coordinator Jim Leonhard says he has unfinished business at his alma mater and wouldn’t have felt right leaving after a pandemic-shortened season, even for an opportunity as tempting as his home state’s NFL team.

Leonhard was a prime candidate for the Green Bay Packers’ defensive coordinator position and had been offered the job according to multiple reports. but opted to return for a sixth season on Wisconsin coach Paul Chryst’s staff. The Packers instead hired Joe Barry as defensive coordinator.

“I love Madison,” Leonhard said. “To me, there’s some unfinished business with the University of Wisconsin. I love this group of kids and want to continue to develop them. With COVID being the way it was last year, I’d have felt a specific way about myself having left after that season.”

Leonhard aimed high as he specified the nature of his unfinished business at Wisconsin, which opened spring practice this week.

“They’re right on the fringe of a Super Bowl and have been for a while now,” Leonhard said. “Definitely a difficult decision to have to make.”