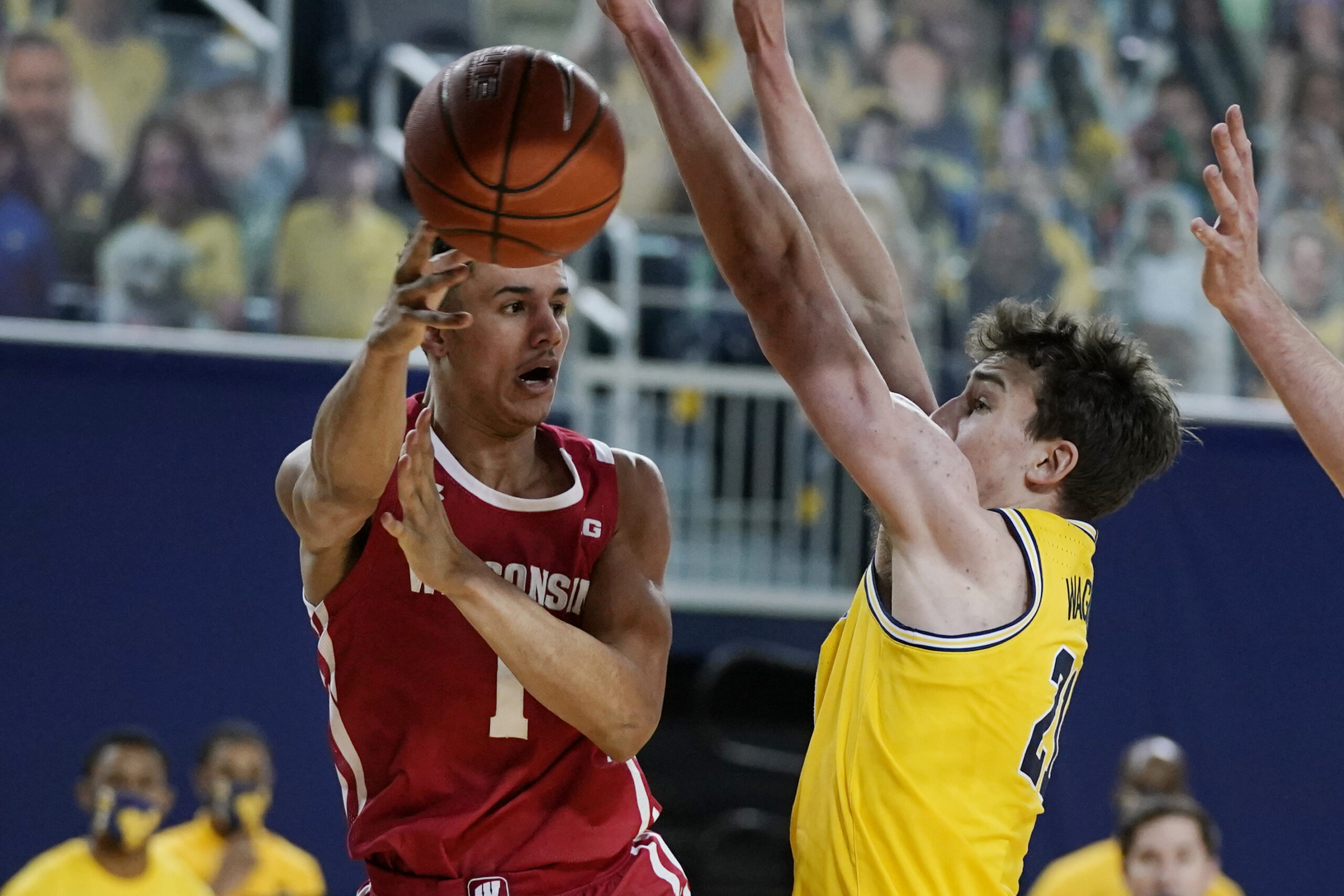 The University of Wisconsin men’s basketball team is limping into the NCAA tournament but there is a way to spin that into a positive.

Of their past seven losses, all have been Top 25 teams, and four of those games were against Top 5 opponents — though two were against No. 5 Iowa.

So, one might say the Badgers are battle tested, though they’ve lost all those battles. Every one.

Wisconsin is 3-9 against Top 25 teams. They won their first three of the season to Top 25 teams, then lost nine straight.

None of those teams, however, were ranked at the end of the season — though Louisville may have been had it not had six of its last 12 games cancelled due to COVID-19.

This will be the first NCAA tournament for La Crosse native Jonathan Davis.

The 6-foot-5 freshman is a fairly inconsistent scorer but always seems to contribute in other ways.

Only three times this season has Davis not had a block or a steal in a game.

He’s scored in double-figures eight times this season with a career-high 17 points, going 4 of 4 from deep — also a career high — against Penn State on Feb. 2.