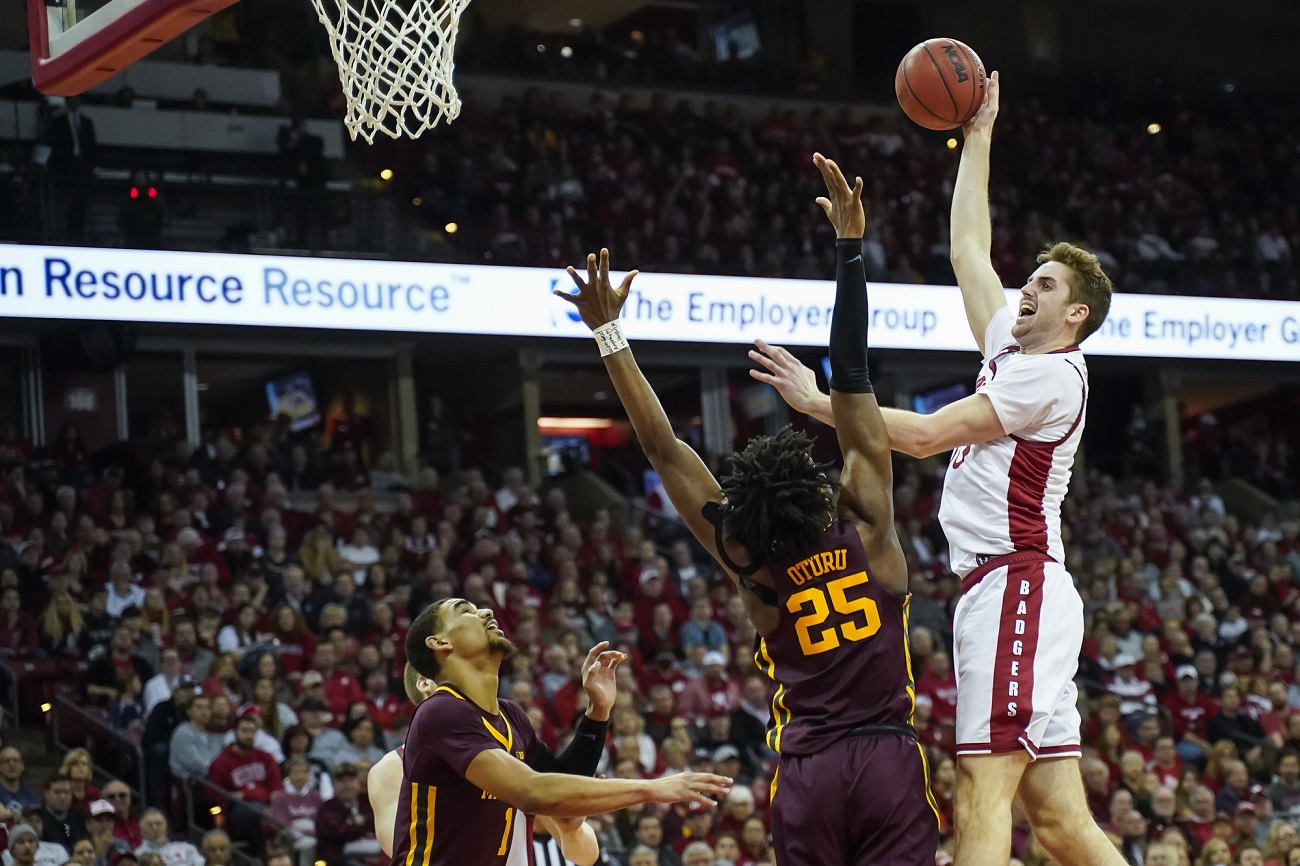 Daniel Oturu missed a heave from half court off a missed free throw that would’ve won it for Minnesota (13-5, 7-11 Big Ten).

Oturu led Minnesota with 26 points and 12 rebounds, while Marcus Carr added 21 points. But they couldn’t put the Gophers over the hump in the crunch.

Wisconsin (19-10, 12-6) trailed by four with less than 2 minutes left before a late rally. D’Mitrik Trice helped put the Badgers up for good, finding a cutting Aleem Ford for an open dunk with 30.5 second left to grab a 69-68 lead.

Oturu went into the post and backed down Nate Reuvers who blocked Oturu’s shot. Pritzl grabbed the rebound, was fouled and then sank both free throws.

The Gophers then got four free throws, but could only connect on one. Carr was fouled on the perimeter before missing both of his. Oturu was then fouled in the scramble for the rebound, hitting one.

Wisconsin’s Micah Potter was fouled rebounding the second miss, but he failed to connect on either free throw attempt, leaving the door open for Oturu’s desperation heave.

The loss comes four days after the Gophers lost to Maryland at home as the Terrapins rallied from a 17-point deficit and hit a 3 with 1.9 seconds left to win 74-73.

Minnesota: The Gophers have now lost five of six, the last two in heartbreaking fashion.

Wisconsin: The Badgers lost only one game in February, at Minnesota. They have now reeled off six straight wins.

Minnesota: Travels to Indiana on Wednesday.