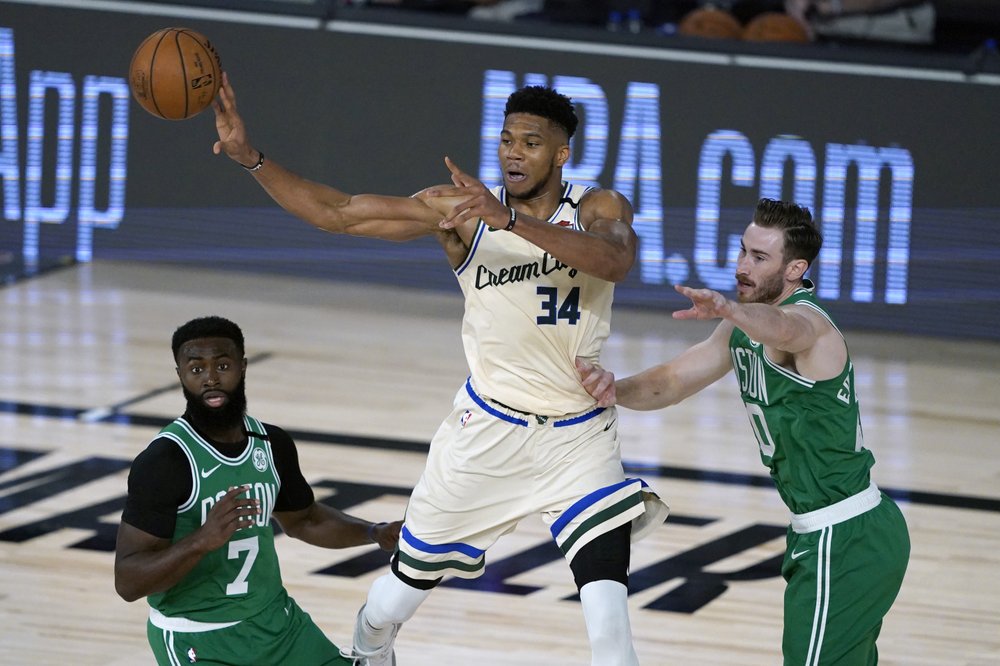 Bucks to open season at Celtics, host Warriors on Christmas

Bucks to open season at Celtics, host Warriors on Christmas

The Milwaukee Bucks get the Boston Celtics to start the NBA season, then play a revamped Golden State Warriors lineup for Christmas.

The NBA released Wednesday, its TV schedule for the season-openers, as well as the much anticipated Christmas Day lineup.

To start the season Dec. 23, two-time MVP Giannis Antetokounmpo and the Bucks will be on the road at the Garden to face off with the Celtics, another favorite out of the Eastern Conference.

Two days later, Milwaukee hosts Steph Curry and the Warriors on Christmas Day from Fiserv Forum — with no fans.

The Bucks announced a few days ago there will be no fans “until further notice” at home.

A lot of teams have yet to make announcements on fans. Here’s a list where every team stands at this time.

The Bucks also released their preseason schedule, which will consist of two games against of back-to-back home games against Luka Doncic and the Dallas Mavs on Dec. 12 and 14, before heading to Zion Williamson and the New Orleans Pelicans on Dec. 18.