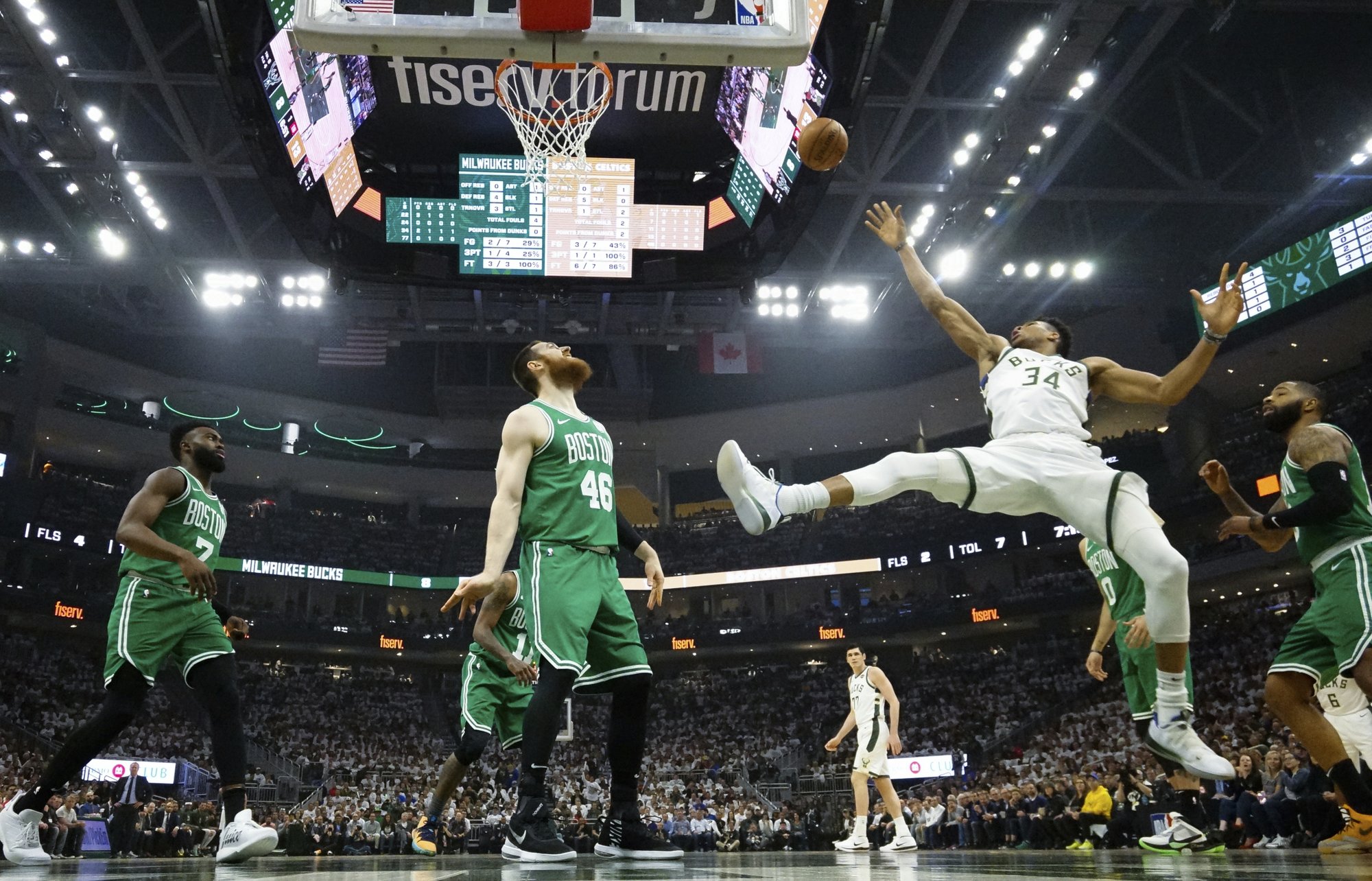 Giannis looks to improve as Bucks’ leader this season

Giannis looks to improve as Bucks’ leader this season

So much so that the NBA MVP admitted it took several days for him to be able to sleep at night after he and the Milwaukee Bucks blew a 2-0 lead against the eventual NBA champion Raptors.

Antetokounmpo said his priority during the offseason was to become a better leader, both on and off the court.

“Mostly, you just gotta be more vocal,” Antetokounmpo said. “You gotta lead by example. You gotta be able to accept criticism by your coach, by your teammates, and be OK with it. That’s what a leader does. I know that my team knows who I am. They trust me. They know I’m going to put my body and everything I have on the line for this team. By doing that, everything else will take care of itself.”

The Bucks won a league-best 60 games a season ago, and took home MVP, Coach of the Year (Mike Budenholzer) and Executive of the Year (general manager Jon Horst) honors. But their goal was to bring the city of Milwaukee its first NBA title since 1971. That didn’t happen.

Now, with both Kawhi Leonard and LeBron James out west, Kevin Durant on the shelf in Brooklyn and the core of Antetokounmpo, fellow All-Star Khris Middleton, first-team all-defensive guard Eric Bledsoe and Brook Lopez back together, anything less than another deep playoff run for the Bucks will be deemed a failure.

“The message to the team won’t be that different than what it was going into last season,” said Budenholzer, who is entering his second season in Milwaukee. “Really, our attack point is just what are we doing every day? How are we getting better every day? How are we competing every day? Are we playing unselfishly? Are we playing together? All those things that are just our core beliefs. If we’re doing those on a day-in and day-out basis, the chips will fall where they may.”

The Bucks open the season Oct. 24 in Houston.

Bucks guard Kyle Korver said his new team is like a “more organized version” of the Cleveland Cavaliers teams he played on with LeBron James.

“I think that there’s a ton of freedom here for players to do what they do,” he said. “There’s a lot of special talent — unique talent — on this team, and (Budenholzer) gives us a lot of freedom to kind of figure some things out, and we did that in Cleveland, too. Let the great players be great, and just kind of give them space, and we all find our spots to contribute and to be effective.”

Korver signed a one-year deal with Milwaukee in July. The 17-year veteran reunites with Budenholzer, who coached Korver in Atlanta in 2015, when Korver made his only NBA All-Star team and Budenholzer won his first NBA Coach of the Year award.

Korver ranks fourth in NBA history in 3-pointers made with 2,351.

BROGDON OUT, MATTHEWS IN

The Bucks lost former Rookie of the Year Malcolm Brogdon to Indiana in free agency. Budenholzer said he thinks the additions of sharpshooter Korver and veteran two-way wing Wes Matthews will help fill the void. Matthews was the 2005 Wisconsin Mr. Basketball and played his college ball at nearby Marquette.

“Coming back home, it’s a sentimental feeling and one you can’t quite describe,” Matthews said. “To see the success, the growth of the city and the growth of the state, what this Bucks team and organization has done, I come back and I don’t even recognize some of this stuff around here. I’m excited to be a part of it.”

Milwaukee will start the season with two pairs of brothers, as Robin Lopez joins twin brother Brook, and Giannis will have his older brother, Thanasis, on the roster. Thanasis Antetokounmpo, who last played in the NBA in 2016 for the Knicks, signed a two-year contract in July.

“What a great story for Giannis and Thanasis and Brook and Robin to play together,” Budenholzer said. “There’s probably a few little things that we’ve got to be conscientious of: Make sure that they’re not always together, so on so forth. And Robin and Brook, there’s been a lot of comments about how we’re going to manage them in the locker room.”

Milwaukee’s 2018 first-round pick Donte DiVincenzo will look to re-establish himself after dealing with a heel injury last season. The 6-foot-4 guard averaged 4.9 points on 40.3% shooting in 27 games a season ago.

How much longer will Giannis Antetokounmpo be in Milwaukee?

Antetokounmpo can be an unrestricted free agent next summer. At that point, the Bucks can offer him a five-year supermax extension. Horst told a crowd at an offseason fan event that he intends to offer the extension to the three-time All-Star (and was fined for saying so by the NBA).