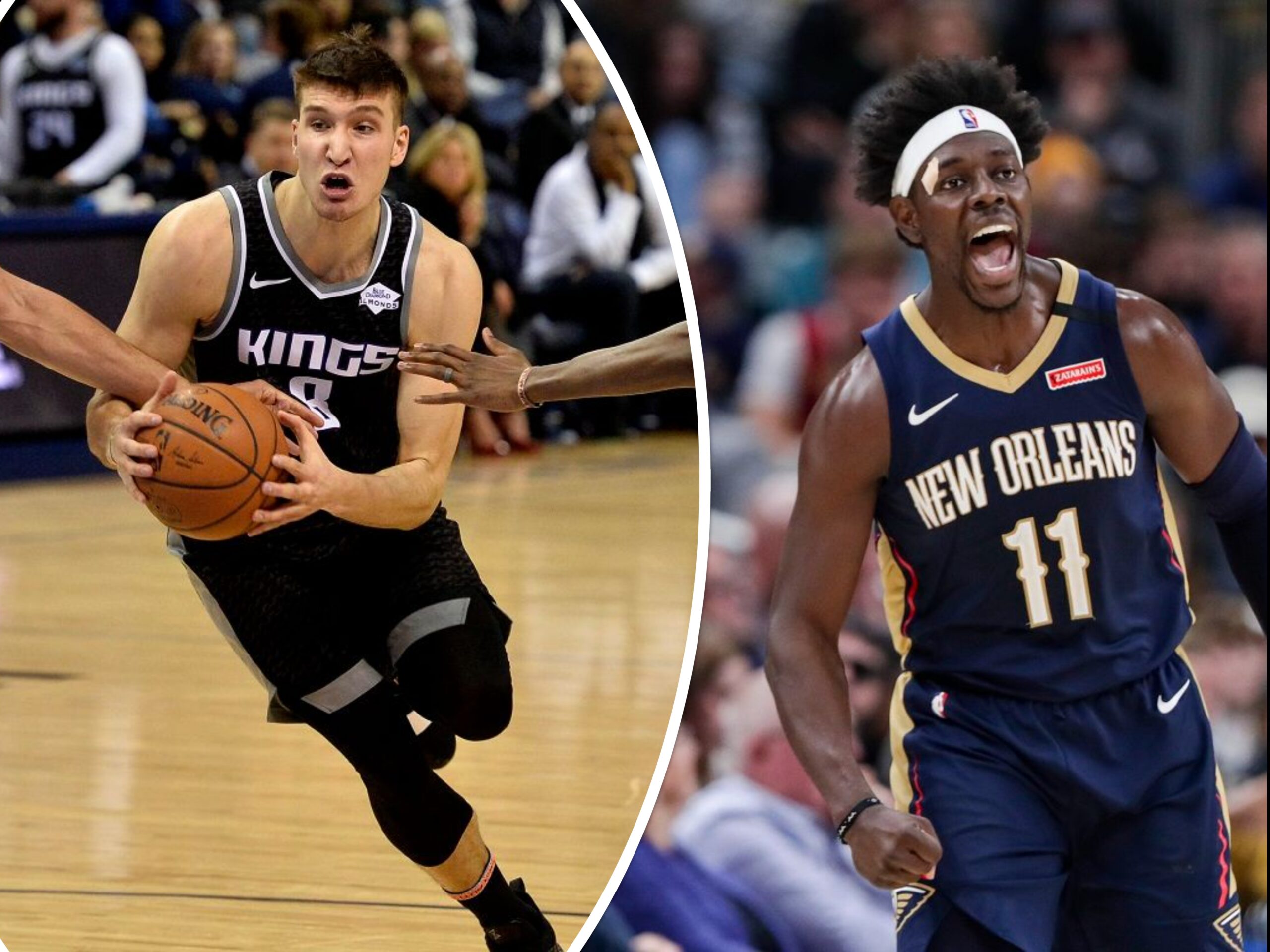 UPDATE: After Bucks trade for Jrue Holiday, it all comes together with Bogdanovic

UPDATE: After Bucks trade for Jrue Holiday, it all comes together with Bogdanovic

The Milwaukee Bucks just went all-in on trying to prevent this from being Giannis Antetokounmpo’s last season with the team.

After getting Holiday, the Bucks acquired shooter Bogdan Bogdanovic in a sign-and-trade with the Sacramento Kings for Donte DiVincenzo, Ersan Ilyasova and DJ Wilson. The Bucks get Justin James, as well.

It should be noted one of those three draft picks to New Orleans is likely going to be one from the Indiana Pacers, that Milwaukee received by sign-and-trading 27-year-old Malcolm Brogdon, who signed a 4-year, $85-million contract last summer.

So, in theory the Bucks could have Holiday and Bogdanovic or Brogdon, Bledsoe, Bogdanovic, Hill, and all those draft picks.

Antetokounmpo is an unrestricted free agent after this season. He can re-sign with Milwaukee for the five-year supermax, which would likely be worth between $220-$250 million.

The idea for Milwaukee is to improve its shooting around Antetokounmpo. It’s hard to say that is Holiday. Both he and Bledsoe are similar shooters in the regular season. Postseason Bledsoe, however, is something of a different matter.

The 28-year-old Bogdanovic, however, definitely improves Milwaukee’s shooting, at 37.4% from deep last season — without an Antetokounmpo taking the defense’s attention. Bogdanovic averaged 13.5 points, 3.5 assists, 3.2 rebounds and a steal.

The Bucks are likely losing Wesley Matthews and Robin Lopez, who will decline player options for next season,.

Getting rid of the 30-year-old Bledsoe gets the Bucks out of about $34 million over the next two seasons, while George Hill is an expiring contract this year at $9.6 million.

The 6-foot-3 Holiday is like a combination of Bledsoe and Hill. His game is similar to Bledsoe’s on both ends of the floor, and he’s a tad better shooter, like Hill. He also hasn’t been a plague in the postseason, like Bledsoe.

Trying to dissect Bledsoe vs. Holiday the past few seasons, in that they each had one of the Top 3 players in the NBA at their disposal — to some extent in Holdiay’s case — is kind of an interesting wormhole to go down.

That drops down to 25.4% the past three years in the playoffs. It’s hard to gauge Holiday’s playoff stats, since he hasn’t been there much. He lit it up from deep a few of those early Philadelphia 76ers years. And was just under his average with the Pelicans in two short playoff runs.

While Bledsoe had Antetokounmpo on his team last season, Holiday had 2020’s Most Improved Player, Brandon Ingram, and 24 games of Zion Williamson, for whatever that’s worth.

He averaged 7.7 assists two seasons ago, the final year with Anthony Davis in New Orleans — and that was with point guard Elfrid Payton on the team.

Plus, Davis only played 56 lackluster games (for Davis) with the Pelicans, knowing he was not going to stay with the team. The season before that Holiday averaged 6.0 assists a game, but that season Rajon Rondo was the starting point guard and Holiday played shooting guard.

Holiday’s biggest flaw has been durability. He’s only played over 78 games three times in 11 seasons. He played 61 last year and 67 the year before that.