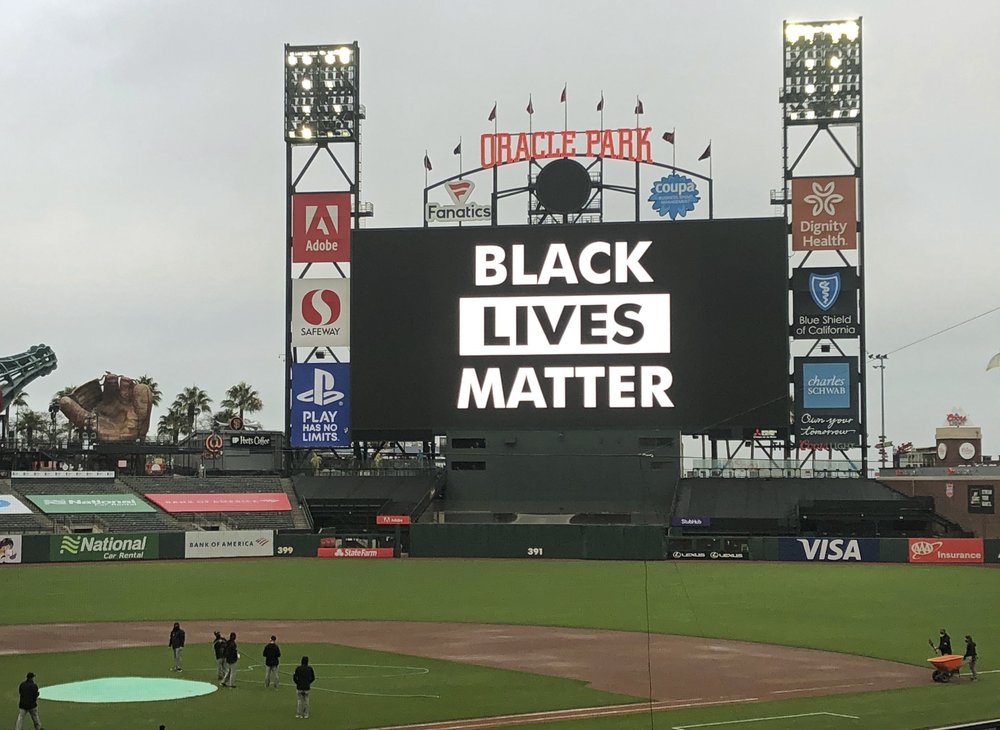 MILWAUKEE (AP) — Three Major League Baseball games were postponed Wednesday as players across the sports landscape drove the decisions in the wake of the weekend shooting by police of Jacob Blake, a Black man, in Wisconsin.

Games between the Cincinnati Reds and Brewers in Milwaukee, Seattle Mariners and Padres in San Diego and the Los Angeles Dodgers and Giants in San Francisco were called off hours before they were set to begin.

“There are serious issues in this country,” Seattle’s Dee Gordon tweeted. “For me, and for many of my teammates, the injustices, violence, death and systemic racism is deeply personal. This is impacting not only my community, but very directly my family and friends. Our team voted unanimously not to play tonight.”

Other MLB games had finished, were in progress or just about to start as the announcements were made. Some players, such as outfielders Jason Heyward of the Cubs and Matt Kemp of the Rockies, sat out while their teams played.

All three postponed games will be made up as doubleheaders Thursday. There was the possibility, too, that other games around the majors could affected — two days before MLB was set to celebrate Jackie Robinson Day.

The baseball postponements came after the NBA’s Milwaukee Bucks didn’t come out on the floor for Game 5 of their first-round playoff series with the Orlando Magic on Wednesday afternoon at Lake Buena Vista, Florida. NBA officials later announced that all three of the day’s scheduled playoff games had been postponed.

Three WNBA games also were called off inside the league’s bubble in Bradenton, Florida.

“Given the pain in the communities of Wisconsin and beyond following the shooting of Jacob Blake, we respect the decisions of a number of players not to play tonight. Major League Baseball remains united for change in our society and we will be allies in the fight to end racism and injustice,” MLB said in a statement.

Said players’ union head Tony Clark: “At this critical time, players have been deeply affected by the recent events in Wisconsin and by similar events in other parts of the country. We are proud of the stand that our players have taken, and we remain committed to supporting their efforts to effect change in MLB communities and beyond.”

Blake was shot multiple times by police in Kenosha, about 40 miles south of Milwaukee. The Blake family’s attorney said Blake was paralyzed and that it would “take a miracle” for him to walk again.

The shooting of the 29-year-old Blake was captured on cellphone video Sunday and ignited protests in Kenosha and elsewhere.

Brewers star Christian Yelich said he exchanged texts with Bucks guard Pat Connaughton to let him know they wouldn’t be playing at Miller Park and that “we wanted to be united with them in what they started.”

“They just said flat out, ‘We support you guys no matter what. Whatever you decide to do, we’re all in favor. We want to follow your lead,’” Suter said. “So that was a great comfort for us going to the meeting.”

Dodgers star Mookie Betts, who is Black, told his teammates he was sitting out and they backed him.

“For me, I think no matter what, I wasn’t going to play tonight,” Betts said.

“I have to use my platform to at least get the ball rolling,” he said.

Once Betts made his decision, the Dodgers stood by him, ace Clayton Kershaw said.

“More than anything as a teammate of Mookie’s, as a member of this team … as a white player on this team is how do we show support? What’s something tangible that we can do to help our black brothers on this team?” Kershaw said.

A sprinkling of players from the Dodgers and Giants were loosening up and the grounds crew was prepping the field at Oracle Park when the game was postponed.

“My cousin got shot and killed. My father was one of the first black men in his high school,” said Dodgers manager Dave Roberts, son of an African American father and Japanese mother. “It was just more of getting everyone together and sharing our thoughts. … Collectively, ultimately we came to the consensus that we shouldn’t play today.”

Kemp, who is Black, announced on social media he would skip Colorado’s game in Arizona “in protest of the injustices my people continue to suffer.”

“I could not play this game I love so much tonight knowing the hurt and anguish my people continue to feel,” he wrote. “In a world where we are the ones who need to remain calm while a trained professional points a gun in our face; a world where the people in uniforms who took an oath to protect us are the same ones killing us; a world where we become hashtags before we even reach our potential; we must stand together, speak out, protest, and be the change we demand, require, and need so bad.”

Mets slugger Dom Smith, a Black man who has spoken about his experiences in a predominantly white sport, took a knee for the national anthem for the first time this season. New York pitcher Robert Gsellman, who is white, wore a Black Lives Matter T-shirt instead of a uniform as he watched from the stands behind the dugout.

Heyward, who is also Black, was removed from Chicago’s lineup shortly before first pitch in Detroit.

“There were multiple guys saying they weren’t comfortable going out there and playing if I wasn’t going to go out there. They didn’t want to leave me hanging,” Heyward said. “I let them know, encouraged them – no, go play the game. I don’t think the game should be canceled. But I think I have to do what I have to do.”

Dexter Fowler, who is Black, and Jack Flaherty, who is white, opted not to participate in St. Louis’ game against Kansas City. The team tweeted that it supported the decision.

Washington manager Dave Martinez said he hadn’t heard about the movement before a 3-2 loss to Philadelphia.

“I just now started reading what was happening and what was going on. I will say this, though. I’m proud of the NBA. I’m proud of all the people who stand for justice,” he said. “It’s horrible. We need change.”

“I’m going to talk to the players. We’ll see what happens tomorrow. I get it,” he said, choking up.

“It’s going to be a great team discussion and probably a very emotional one for a lot of guys that know what it’s like,” he said.