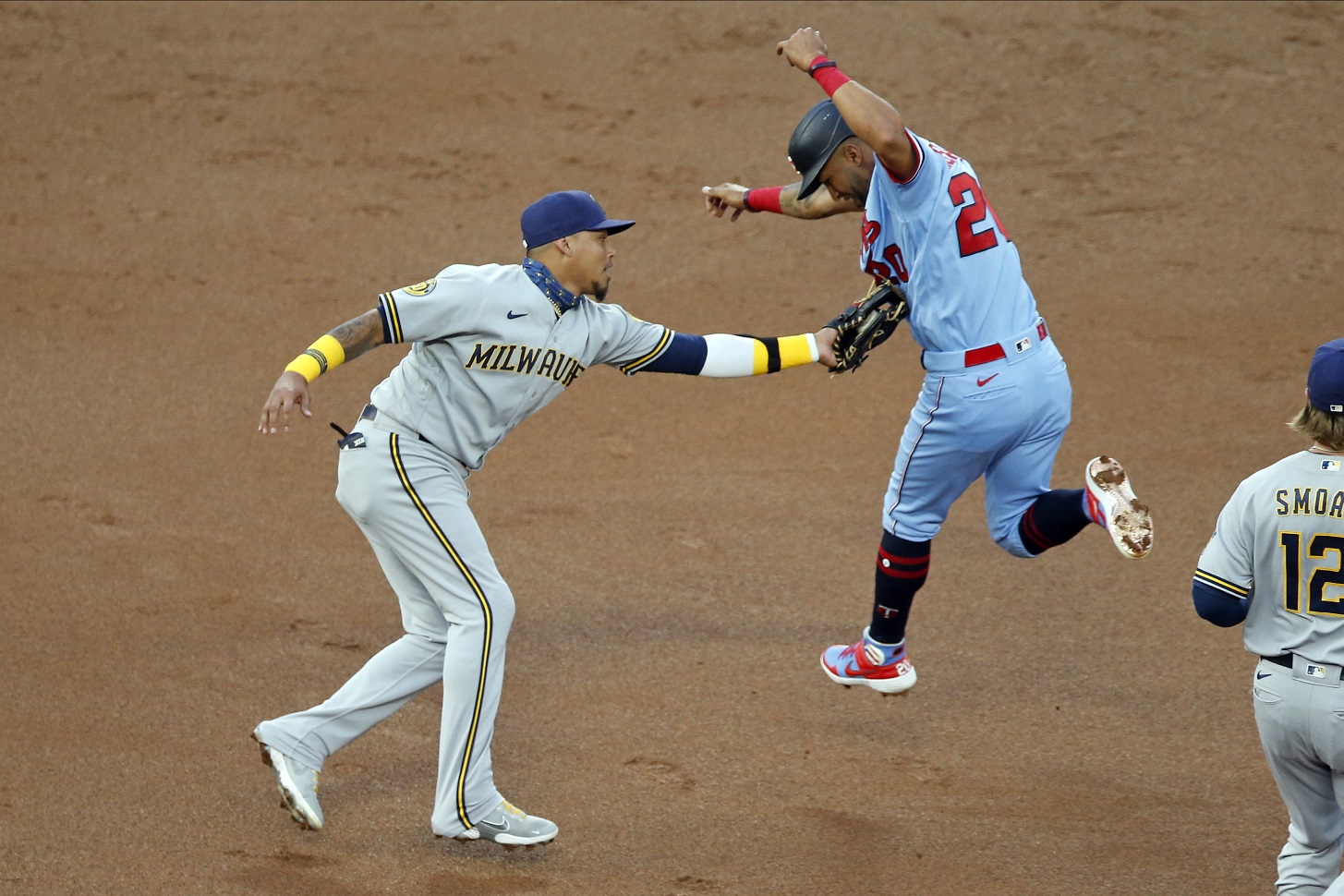 “The guys that we’re counting on to be run producers tonight came through,” Milwaukee manager Craig Counsell said. “Braun, Yelich, Avi with really big nights in driving the baseball. We needed one of those nights.”

Anderson (1-2) posted his longest outing of the season, giving up five hits and a run with five strikeouts.

Rich Hill (1-1) allowed four runs, four hits, and three walks in 2 2/3 innings after being reinstated from the injured list.

“I put us in a really bad position today and lost the game for us,” Hill said. “I think just going out there and putting us in that position is difficult. It’s obviously hard for me to swallow. I need to do better than that. That’s not acceptable.”

Hill cruised through the first two innings on just 16 pitches, but he couldn’t finish the third in his second start of the season after being sidelined 19 games with left shoulder fatigue.

The first of Hill’s three walks in the third started the onslaught. Hill let out a loud expletive after walking Orlando Arcia, and Braun followed with his first home run of the season. García singled home two more runs, ending Hill’s night early.

“Just couldn’t find what he wanted too and eventually just became a, truly, a pitch-count issue where we’re just not going to be able to leave him out there to throw anymore,” Twins manager Rocco Baldelli said.

Yelich homered to start the scoring in a four-run fifth inning. Braun singled in front of Yelich’s sixth homer of the year.

García hit his second home run of the season and Hiura connected for his sixth off position player Ehire Adrianza pitching in the ninth.

“I think everybody is feeling comfortable, feeling better every single game,” García said. “It’s a tough season. It’s a grind for everybody, it’s not easy, but we’re here, it is what it is. I think we’re in a good place right now.”

Anderson was in cruise control for his best outing in his first season with Milwaukee. He allowed an RBI single to Eddie Rosario in the second and worked around two hits in the fourth. He hadn’t pitched more than 4 1/3 innings in his first three starts of the year.

“I think this is one of our better overall team victories offensively, defensively and pitching,” Anderson said.

Twins pitchers entered the day with the fourth-fewest walks of any team in the majors that had played at least 20 games. Lewis Thorpe added three walks in four innings of relief as Minnesota issued a season high in free passes.

Twins: C Mitch Garver was replaced in the sixth inning with right side soreness following a strikeout. Baldelli said there is some concern and Garver will be further evaluated. … 2B Luis Arraez was held out of Wednesday’s game with soreness in his left knee. Baldelli said Arraez has been dealing with the issue over the course of the season. Arraez, who was pulled from Tuesday’s game, had imaging on the knee done on Wednesday that showed a “lighter issue,” according to Baldelli.

RHP Brandon Woodruff (1-1, 3.16 ERA) will start the series finale for Milwaukee on Thursday. Minnesota counters with RHP José Berríos (1-3, 5.92). Woodruff allowed three runs in 4 1/3 innings in his last start against the Chicago Cubs and hasn’t finished the fifth inning in his past two outings. Berríos has given up eight runs in 9 1/3 innings over his past two starts.