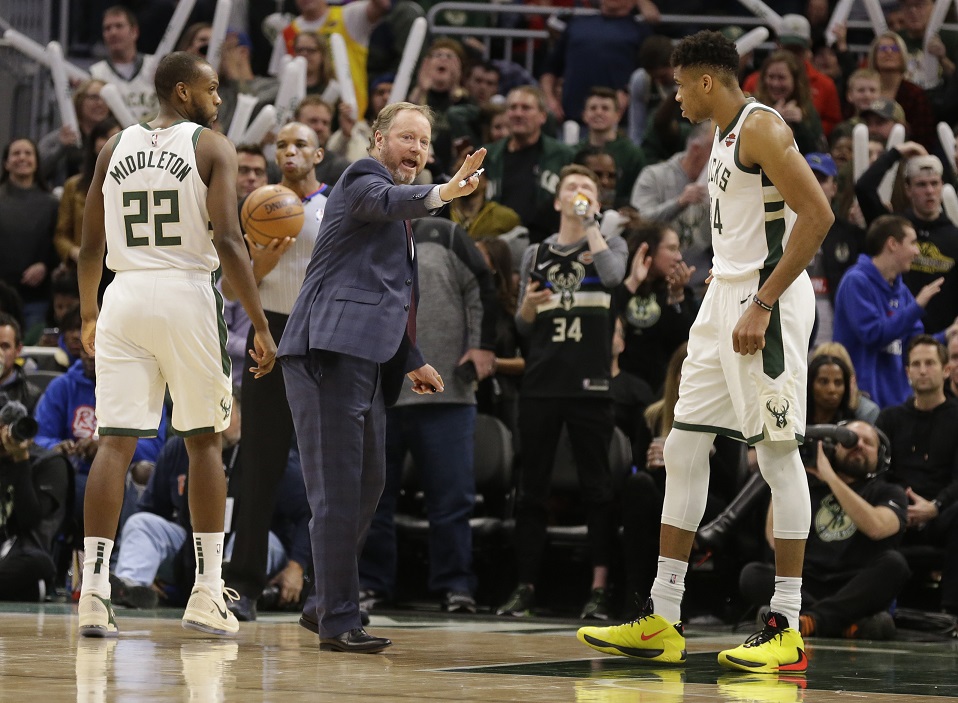 MIAMI (AP) — Orlando’s Steve Clifford figures he’s like every other NBA coach right now: Wake up, go to whatever now serves as the office, study his own team, maybe think about possible opponents, and resume planning.

Of course, nobody knows what they’re planning for — or when these plans will get used.

A stoppage in play doesn’t mean vacation time has arrived for NBA coaches, especially those like Clifford in position to take their teams to the postseason — assuming this pandemic-interrupted season is able to resume. They’re all spending more time at home, not able to run practices, but none seem to be sitting idly.

“Not knowing the restart date is the toughest challenge professionally,” Clifford said. “Obviously, we’re all limited in what we can do, and basketball takes a back seat right now to family and health. But I will say this: When I talk to our guys, the one common question that comes up is ‘When do you think we can start again?’”

And that’s a question with no answer. The waiting game is the only game in town right now.

Miami’s Erik Spoelstra was coaching the fourth quarter against Charlotte on March 11 when the NBA announced it was suspending the season, a move made once it became known that Utah center Rudy Gobert was the league’s first player to test positive for COVID-19. Spoelstra found out right after the final buzzer, as he walked to the locker room.

He instantly realized that losing to the Hornets that night didn’t ultimately matter much. Spoelstra and his staff are holding Zoom meetings every other day, but he’s also enjoying the benefits of time away — getting more time with his two young sons, his wife and grilling for the family most nights — and is emphasizing to his coaches and players that this is a time to help those less fortunate.

He’s checking the news as well, on a limited basis.

“My routine is checking after dinner, and I usually get on my computer, watch a little bit of what’s going on,” said Spoelstra, who often wears a T-shirt emblazoned with “Stay Positive” and like many coaches he taped a video telling fans the importance of hand-washing and other precautions. “So, I’m staying abreast of the current status of things, but I definitely do not try to start my day that way and I do not obsess about it during the day.”

Dallas coach Rick Carlisle also went the video-message route, doing one for the going-stir-crazy crowd to demonstrate his “Balance, Balance, Shot Drill” that allows players to work on their shooting form even when they don’t have access to a court or a rim.

Oklahoma City coach Billy Donovan took advantage of downtime to appear on a virtual coaches clinic, and had a safety message for those who attended — online, of course — before spending about an hour breaking down his philosophy. And Los Angeles Lakers coach Frank Vogel is spending some of his time watching old games, binging on Netflix and watching movies with the family, and plenty of cooking.

“This is bigger than basketball, and us getting back on the court is not the most important thing for the world right now,” Vogel told reporters on a conference call Thursday night.

This is the first in-season stoppage of its kind in NBA history, but Milwaukee coach Mike Budenholzer is equating the unknown — in terms of when the next game will be — to what the league went through with lockout-shortened seasons in 1998-99 and 2011-12.

His message to his staff: Things may be slow now, but when the suspension ends the pace of everything will be frantic. So while some projects like things in the video room and breakdowns of his roster are being tackled, Budenholzer is also having staff get ready for potential playoff opponents with a first-round series against either Brooklyn or Orlando likely for the NBA-leading Bucks.

“Things happen really fast, whether it’s three games in three nights, or playoff series are shorter or the time between the end of the regular season to the first playoff game, everything can be shorter or can happen quicker,” Budenholzer said. “We can put a little bit of money in the bank now with preparation for first round but also if you go a little bit deeper, the East.”

For 30 teams, 30 coaches, there’s many ways to spend the down time.

And they all know that they’re in the same boat — waiting and wondering.

“It’s hard for all of us,” Clifford said. “It’s hard to set a plan for yourself that will have you ready. But that’s the parallel, not just for us, but for everyone around the world no matter what profession that you’re in.”

TOP PHOTO: FILE – Milwaukee Bucks coach Mike Budenholzer, center, talks to his players during the second half of the team’s NBA basketball game against the Minnesota Timberwolves on Wednesday, Jan. 1, 2020, in Milwaukee. The Bucks won 106-104. (AP Photo/Jeffrey Phelps)